If you thought the infamous Miss Universe winner mix-up was the biggest screw-up in the history of television, then you have not yet heard about what happened last night at the Oscars. Faye Dunaway and Warren Beatty were the presenters for the Best Picture award. Beatty dramatically opened the sealed envelope and announced that La La Land was the winner of the top award. Except that La La Land did not actually win Best Picture.

It seems as though Beatty and Dunaway were handed the wrong envelope, which contained a backup of the Best Actress announcement. The card that Beatty read off of had Emma Stone’s name on it, as the actress had won the award for Best Actress earlier in the evening. Assuming that since the film’s name was on the card, Beatty announced that La La Land was the Best Picture winner. 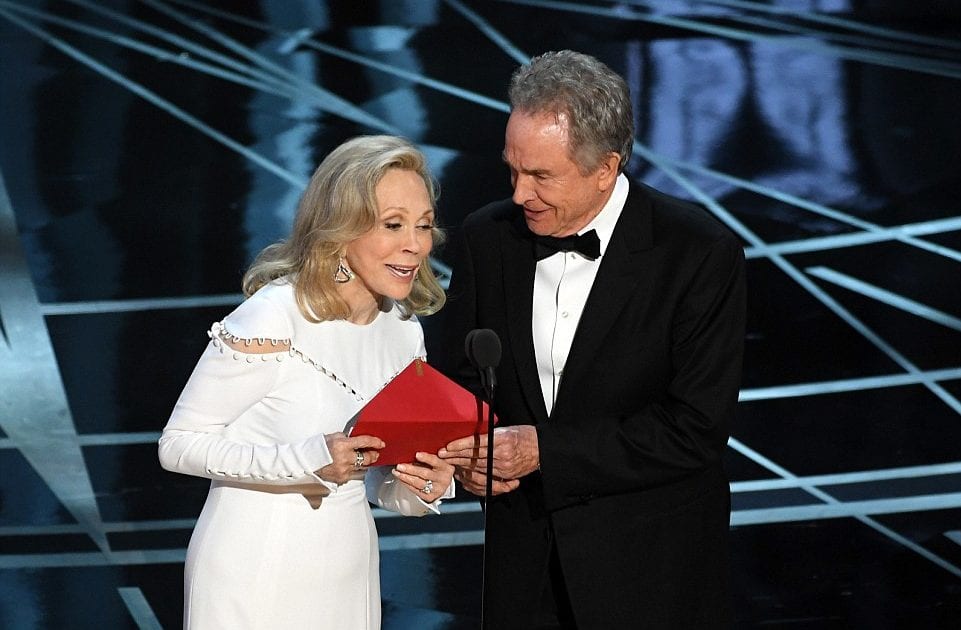 The entire cast and crew of La La Land gathered on stage, were handed the golden statuette, and proceeded to deliver their acceptance speeches when they were stopped in the middle and were notified that the film Moonlight had actually won the Best Picture award, and not La La Land. Show officials tried to rectify the situation immediately, but the damage was done and the audience was left gasping in surprise. Meanwhile, La La Land producer Jordan Horwitz called forth the producers of Moonlight in an extraordinarily comfortable moment, and later graciously handed over the statuette to Moonlight‘s producers. 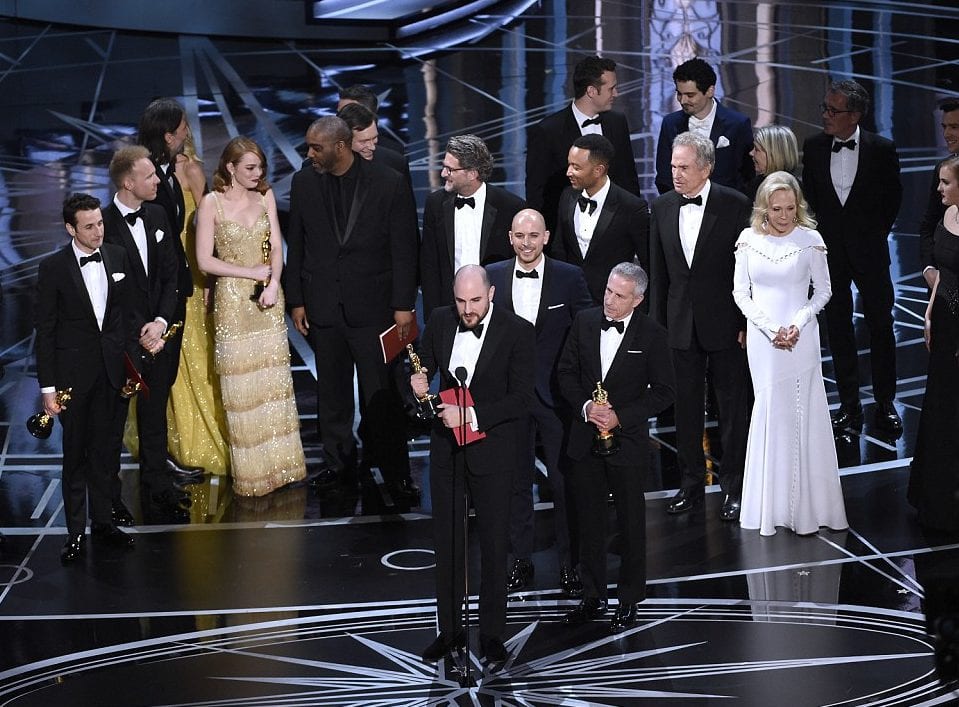 Beatty tried to explain the mishap: “I want to tell you what happened I opened the envelope and it said Emma Stone, La La Land and that is why I took such a long look at Faye and at you. I wasn’t trying to be funny. This is Moonlight for best picture.” 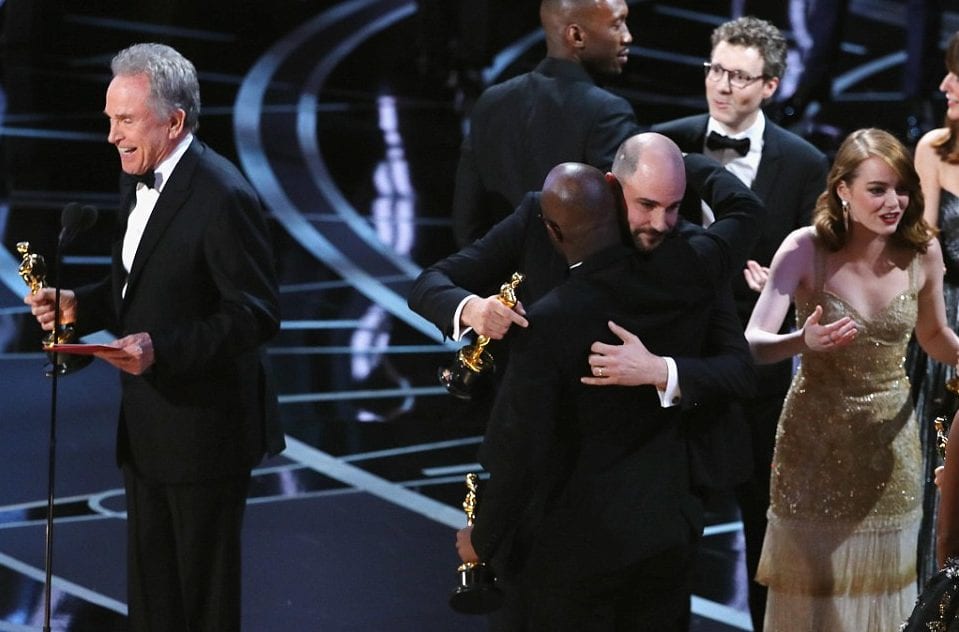 Several hours later, a joint statement was released by the Academy of Motion Picture Arts and Sciences and also accounting firm PwC (who tally the Oscar results) that read: “We sincerely apologize to Moonlight, La La Land, Warren Beatty, Faye Dunaway, and Oscar viewers for the error that was made during the award announcement for Best Picture. The presenters had mistakenly been given the wrong category envelope and when discovered, was immediately corrected. We are currently investigating how this could have happened, and deeply regret that this occurred. We appreciate the grace with which the nominees, the Academy, ABC, and Jimmy Kimmel handled the situation.” 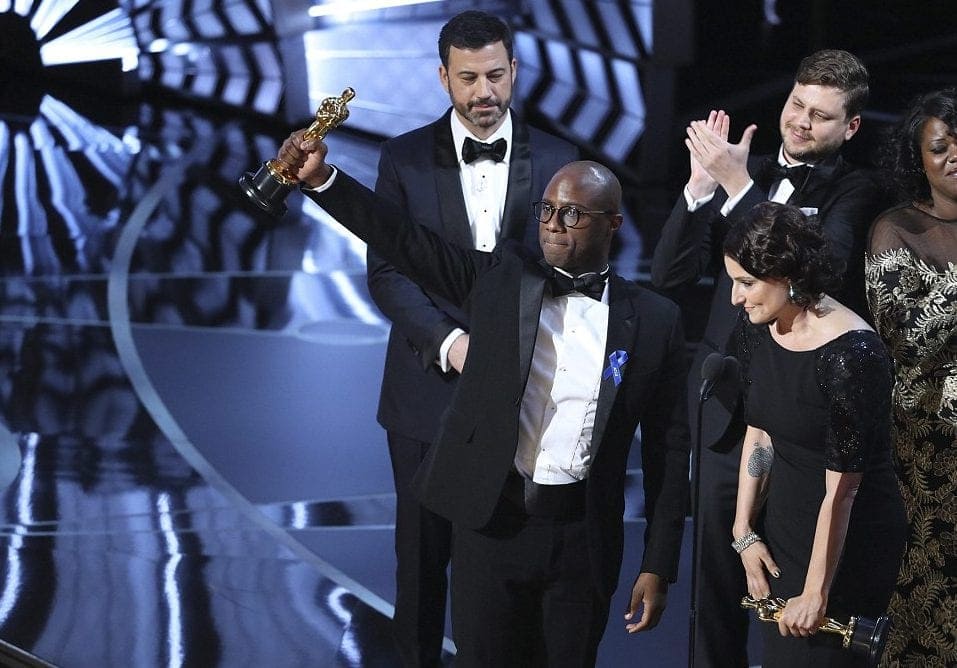