Carrie Fisher, the iconic Princess Leia actress and writer, passed away on December 27th just days after being struck with a sudden heart attack on a flight to Los Angeles from London last Friday. After the attack, Fisher went into an unconscious state that she sadly was not able to come out of. The news of Fisher’s death was confirmed in a statement from her daughter, Billie Lourd, who said the Star Wars Actress was “loved by the world” and “will be profoundly missed.” 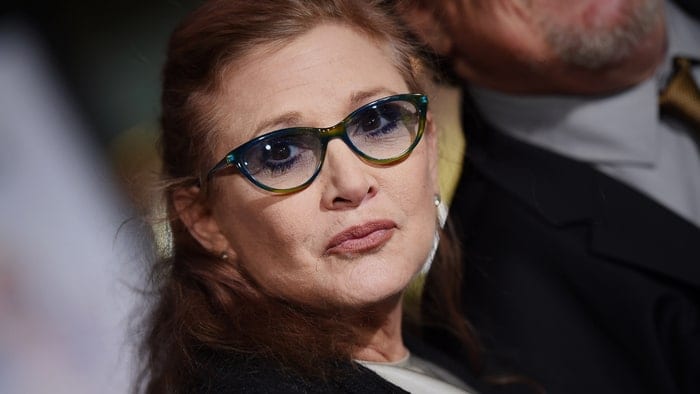 Being that she was the daughter of two big stars Eddie Fisher, and Debbie Reynolds, Fisher constantly challenged and rose above the stereotypes of her privileged upbringing. Whether in her many books or films, Fisher had a knack for bringing her own refreshing sense of humor and awareness to her work which made her stand out amongst other Hollywood stars. Following the release of the statement which confirmed Fisher’s death, celebrities around the world took to Twitter to express their feelings of distress and grief for the fallen star.

Of the first to respond on social media to the devastating news were Fisher’s Star Wars cast mates. Mark Hamill, who was one of Fisher’s long-time Star Wars co-star between the years of 1977 and 2016, tweeted a private black-and-white photo of himself and the actress, stating that he has “no words” and is “devastated” regarding the loss of such a giant soul. Hamill later took to Facebook to wrote a longer more heart-wrenching tribute to Fisher.

William Shatner, another famous friend of the two-time Emmy nominee, reminisced on his spirited relationship with Carrie Fisher. Shatner tweeted, “I’m deeply saddened to learn of the death of Carrie Fisher. I will miss our banterings. A wonderful talent & light has been extinguished.”

I'm deeply saddened to learn of the death of Carrie Fisher. I will miss our banterings. A wonderful talent & light has been extinguished.

Tributes from many other stars poured in, in support of Fishers family and legacy which will always be remembered. Of some of the famous names to publicly send their condolences were, Ellen DeGeneres, Russell Crowe, Adrian Grenier, Whoopi Goldberg, and more.

.@CarriefFisher was a brilliant writer, actor, and friend. She was so much fun. I can't believe she's gone. https://t.co/wpxGvBWA0b

RIP Carrie
2000 she grabbed my ass and said " you would have loved me when I was on Xanax". Funny, interesting, chaotic , soulful. Friend.

Thank you for bringing a forceful space princess to our galaxy and for breaking stereotypes on and off the screen. pic.twitter.com/1lWlifkeOO

Carrie Fisher has passed, she was funnier&smarter than anyone had the right to be. Sail On Silver Girl. Condolences Debbie & Billie
R.I.P.

The Best Of Royal Engagement Rings

The engagement of a royal couple is somewhat of a spectacle with the world's eyes on every aspect ...

The founder of Bayada Home Health Care has given his employees an extraordinary holiday gift this ...