Hugh Laurie is one of the biggest English celebrities, but it was not until he received the role of Dr. Gregory House that he became internationally recognized. Like his complex character, there is more to Laurie than meets the eye and we have all the facts. Like many celebrities, Hugh Laurie changed his name from James Hugh Calum Laurie. Laurie’s friends at school took up the habit of calling him Hugh and the name stuck throughout college and into his later career. 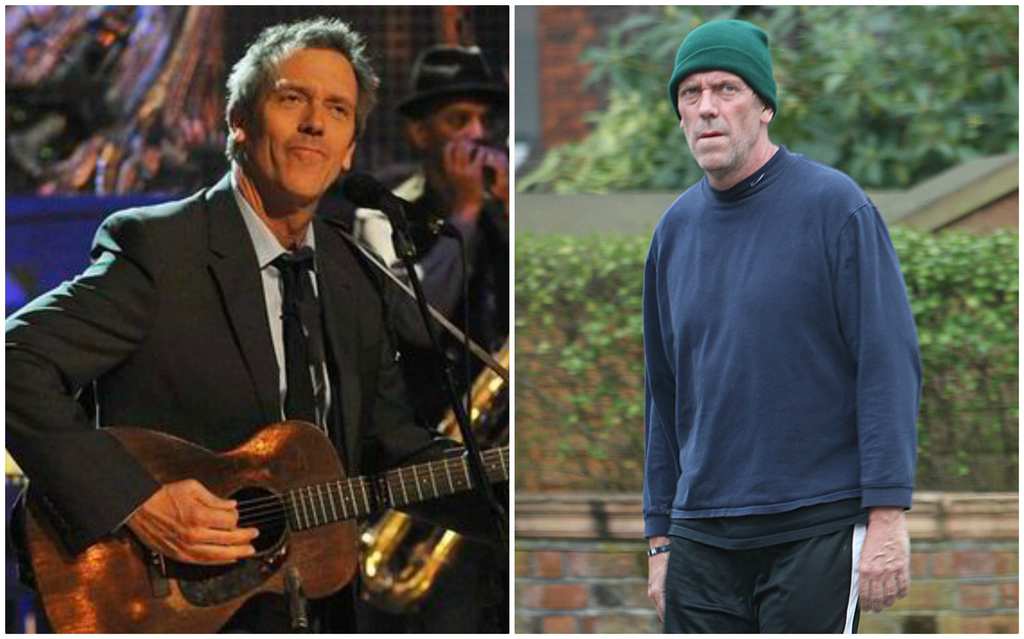 Laurie was born in Oxford, England in 1959. He was the youngest of four children and ultimately felt “sort of alone.” Hugh Laurie maintained a somewhat strained relationship with his parents throughout much of his childhood, both of whom exclusively referred to him as James. Like his on-screen character, Laurie’s father was a doctor in real life, working as a General Practitioner in Blackbird Leys, Oxford for over thirty years. Meanwhile, Laurie had particularly difficult problems with his mom… 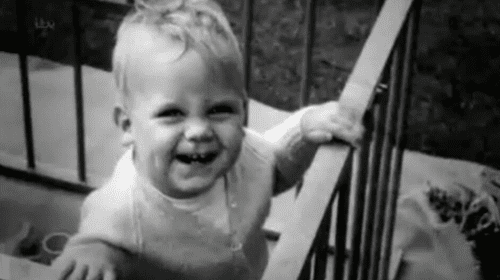 Hugh Laurie has described himself as a “horrible child.” He spent most of his youth smoking cigarettes and cheating on French vocabulary tests. While Laurie’s mother, Patricia, had high expectations of her son, this caused a difficult relationship between the pair and he felt as though she did not like him compared to his siblings. Laurie says, “I was lazy. I lied. About everything, all the time.” He even managed to give up the piano by going on a three-day hunger strike! 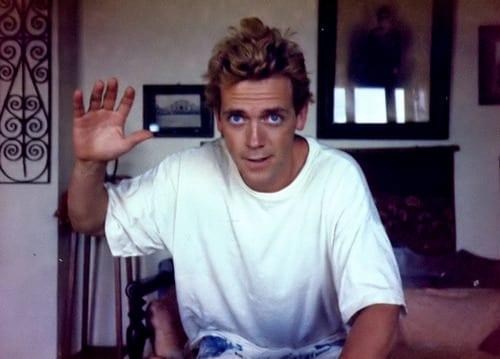 Living By The Book

Laurie’s parents, who were of Scottish descent, believed in Presbyterian Christianity. Laurie was encouraged to attend St. Columba’s Presbyterian Church of England each week. Though the belief of God didn’t play a large role in the family, the attitude towards life and how to live it did. He says, “Pleasure was something that was treated with great suspicion, pleasure was something that… I was going to say it had to be earned but even the earning of it didn’t really work.” To this day he still finds it a difficult concept. 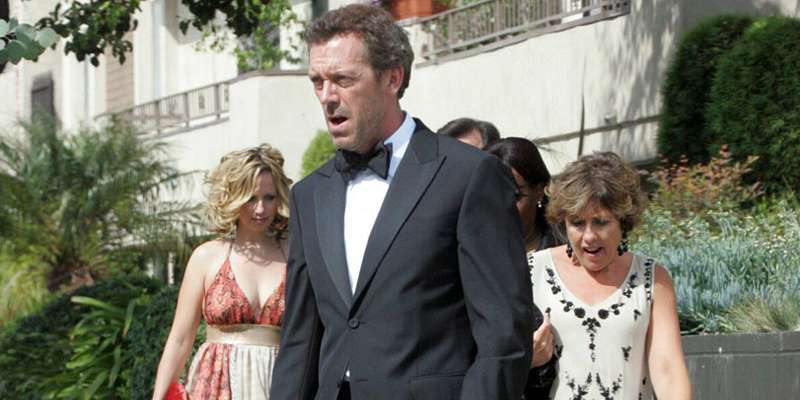 Hugh finally grew out of his rebel ways and went on to Eton college, alongside the likes of Princes Harry and William, Eddie Redmayne, and many more big names. He then attended Selwyn College in Cambridge, following in the footsteps of his father. There, he studied Anthropology and Archeology and graduated with a B.S. Laurie specialized in Social Anthropology for one reason only, it wasn’t difficult. Choosing an “easier” degree meant Laurie spent more time practicing for the thing he was most passionate about. 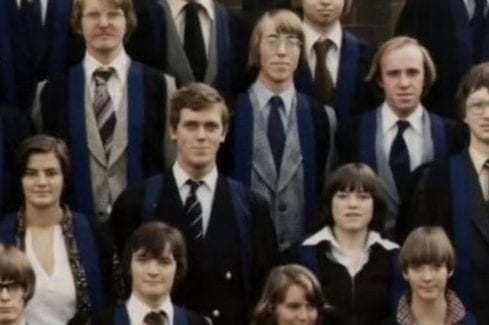 Rather than spending time studying, Laurie spent his days rowing. He became an oarsman just like his father had been. Hugh was a member of the junior coxed pair that won the British national title in 1977. He also won a “Blue” (a university award for competition at the highest level of a sport) during the 1980 Oxford and Cambridge Boat Race as part of a coxless pair. He even landed a spot as a member of the Leander Club, one of the oldest and most prestigious rowing clubs in the world. 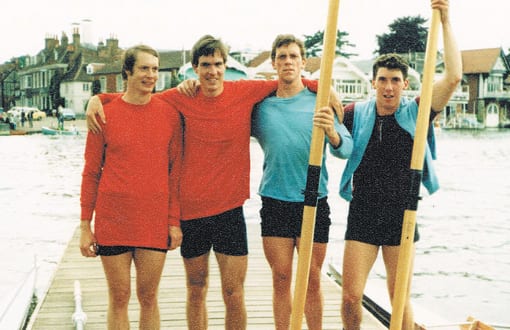 Laurie’s passion for rowing became more serious. He was training up to eight hours a day with a goal of becoming an Olympic-standard rower. Unfortunately, he had to abandon his career as an oarsman after a bout with mononucleosis (glandular fever). He was no longer able to train with the team during this time, so instead, Laurie joined the Cambridge Footlights, the university drama club that has produced many well-known actors and comedians. It was here he met Emma Thompson.

The Cambridge Footlights club was home to people like Douglas Adams, James Bachman, Clive Anderson, Cecil Beaton, and many more, making it extremely prestigious. Laurie had his first taste of acting here, performing in many plays and sketches. He also became the group’s president in his final year. Serving as his co-president then was the now award-winning actress, Emma Thompson. The two young performers dated until the end of their education. However, they have managed to remain good friends, even today. 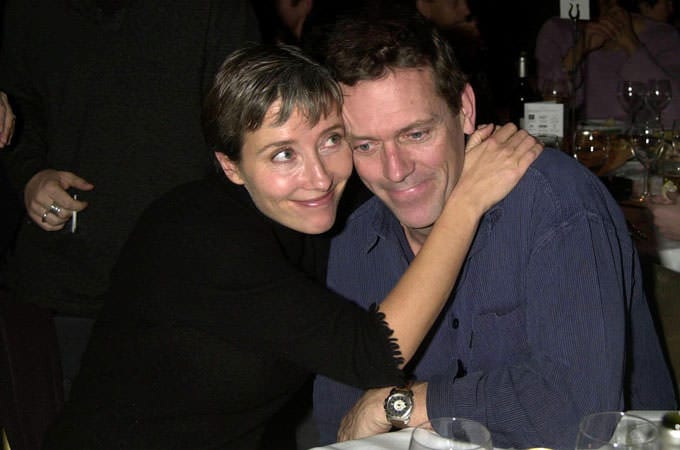 It was, in fact, Emma Thompson who introduced Laurie to Stephen Fry. Little did she know what the two would achieve together.  The two men instantly became friends and years later Laurie was the best man at Fry’s wedding. Their early days performing comedy together with the Cambridge Footlights were only a taste as to what was to come. The pair eventually went on to write and star in their own series in the UK called A Bit of Fry and Laurie. 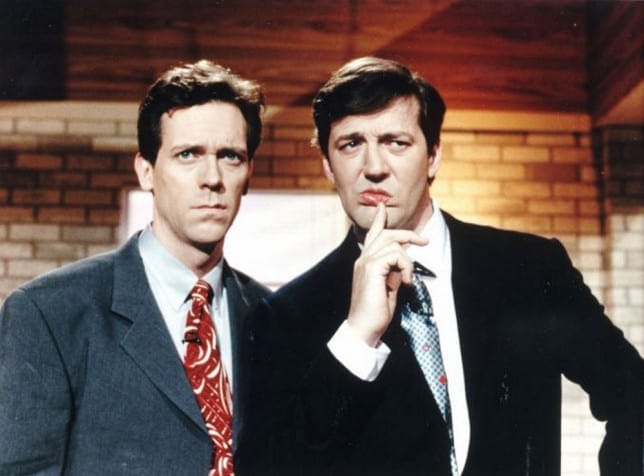 Before moving to the United States, Hugh Laurie built a successful career on British television. As well as their successful comedy sketch, Laurie and Fry worked on other projects together such as the Blackadder series and many charity stage events. But Laurie was not tied down to Fry. In 1985 he branched out on his own and featured in the television film Letters from a Bomber Pilot. Laurie has since appeared in a wide range of British television dramas, such as Spooks. 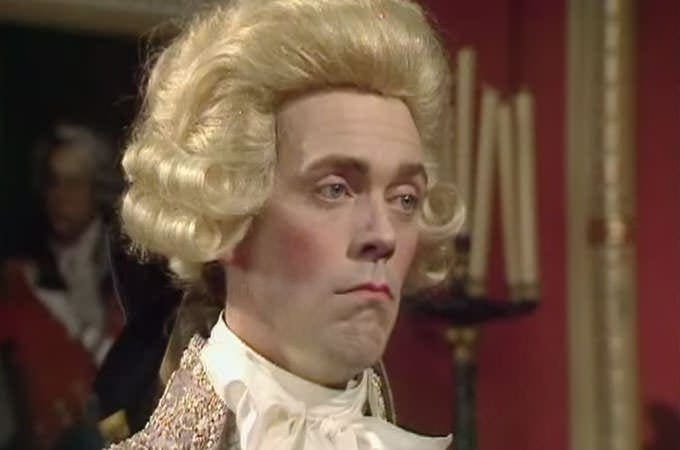 Laurie has also dabbed into the movie industry, especially during the mid-1990s. These became some of his best-known roles such as in Sense and Sensibility, the Disney live-action 101 Dalmatians, and in three of the Stuart Little films. He even made a small guest appearance in the hit US sitcom Friends. He plays the unfortunate person stuck next to Rachel as she rambles on about her Ross dilemma. His abrupt response in the scene contributed to making this one of the best episodes. 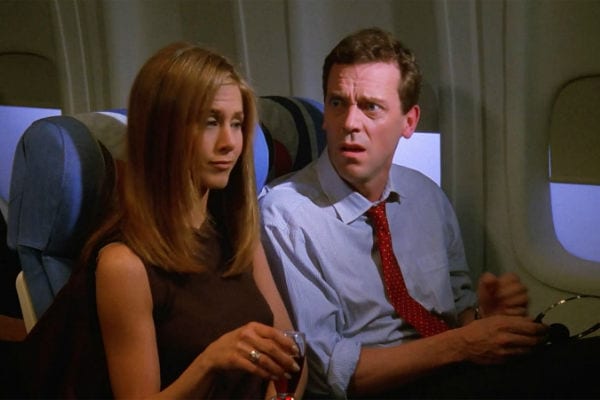 Hugh Laurie is a man of many talents and is also a talented musician. From a young age, he played instruments such as the piano, drums, saxophone, guitar, and harmonica. Oh, he can sing too. This has actually benefited his acting and comedy career and he can be seen performing on A Bit of Fry & Laurie, Jeeves and Wooster, House, and on Saturday Night Life. Interestingly, he created many of the songs that he performs on these programs himself. Two of his albums topped US Billboard charts. 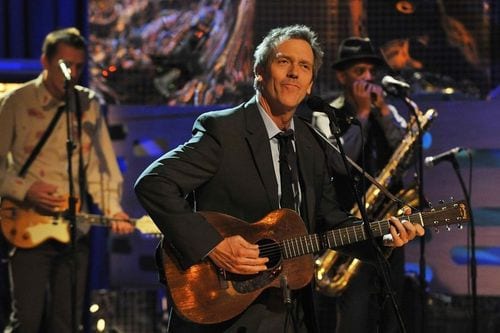 Laurie has taken his musical talents beyond just performing on his own shows. He is also the vocalist and keyboard player for the rock group “Band From TV.” The celebrity group is also made up of James Denton, Terri Hatcher, Bob Guiney, Jesse Spencer, and Greg Grunberg. It is a way for these guys to combine their passion for giving with their love of music. All the funds they raise through recordings and appearances go straight to charity. 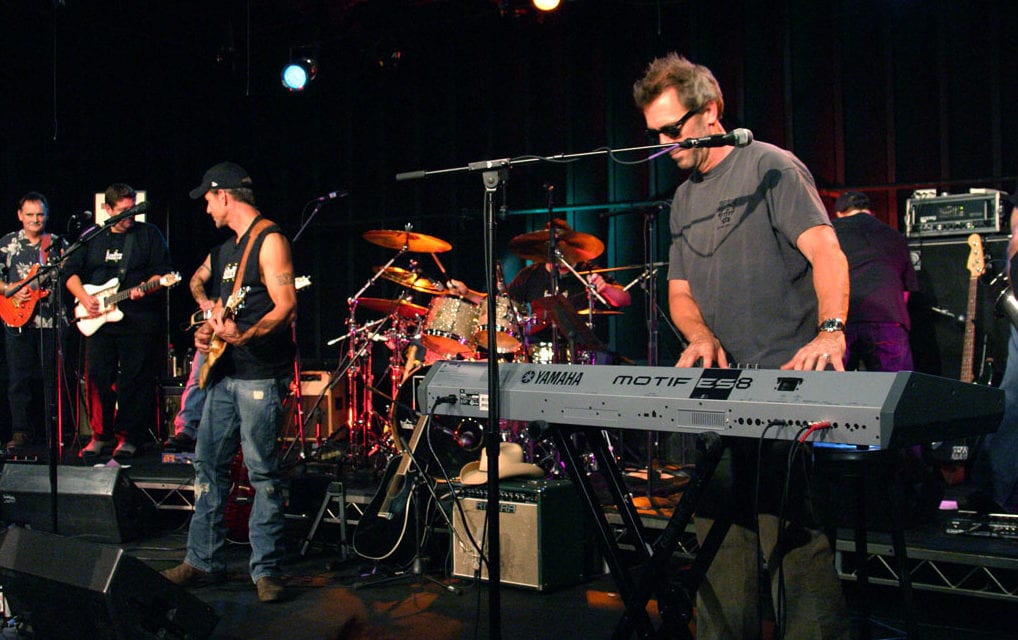 He Writes Novels Too

Don’t expect us to stop there. Hugh Laurie is also a published novelist and best-selling author. However, rather than being a “celebrity author,” Laurie published his book before he was an international name. His spy comedy novel The Gun Seller was published in 1996. The follow-up The Paper Soldier was scheduled to be released in 2009 but has been delayed indefinitely, with rumors that Laurie has not yet finished writing it. Laurie is also working on a screenplay for the original book. 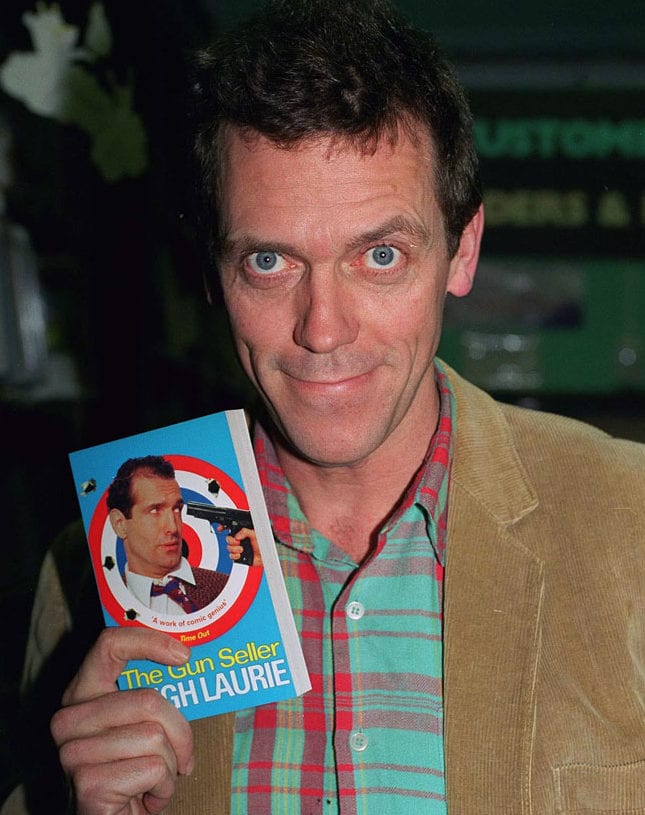 Getting to know the character Dr. Gregory House, it would be hard to imagine anyone but Hugh Laurie playing this part. Fortunately for House fans, Laurie smashed the part with his audition tape, leaving producers speechless. Laurie actually filmed his tape in the bathroom of a hotel room in Namibia, while the actor was filming for The Flight of the Phoenix. Although the producers were looking for a clean-shaven actor, Laurie still managed to win them over with his stubble, which became his signature look. 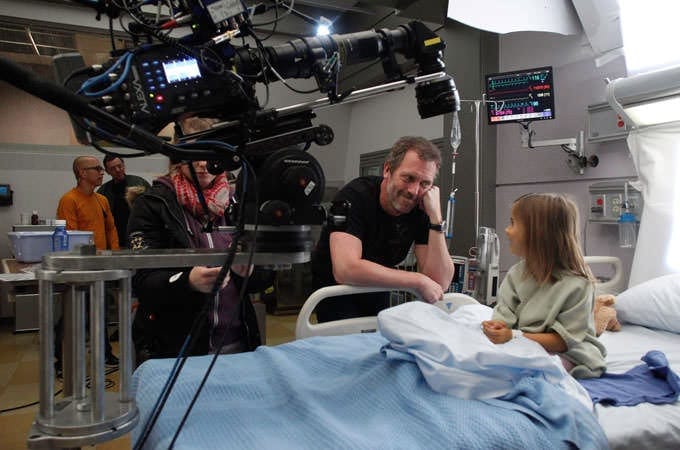 During his audition tape, Laurie put on an American accent that was so convincing that the British actor fooled executive producer Bryan Singer into thinking he was a native American. Singer felt Hugh was just what he was looking for. Laurie enthusiastically got into character and took on the accent even between takes on the set of House, as well as during script read-throughs. The crew only really heard his native British accent while the actor was directing the episode “Lockdown.” 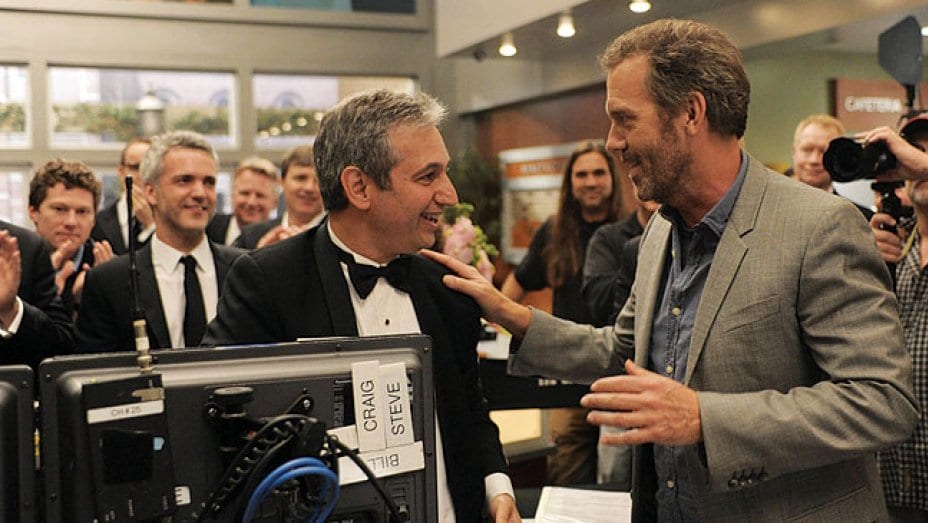 The American sitcom House ran on Fox network for a total of eight seasons from 2004 until 2012. It is one of the most critically acclaimed television shows in the U.S. Unsurprisingly, it was the most-watched television program in the world in 2008, shown in 68 countries. Laurie played Dr. Gregory House, an interesting character with an unconventional way of performing his doctorate duties. Although he is a medical genius, his social skills are something he could work on, especially given his “moody” and “bitter” personality. 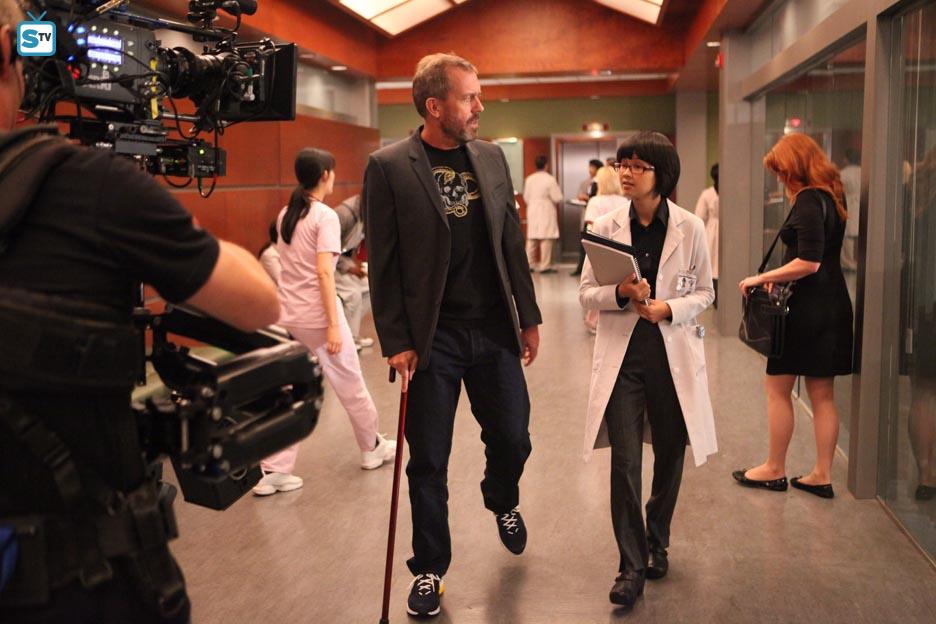 Laurie is not just one of the highest-paid television actors in the world, but at one point, he was the highest paid television actor of all time. As the viewers of House went up, so did Laurie’s salary. During the first few seasons, Laurie was pocketing over $400,000 per episode. However, near the end, he was making something over $700,000. Throughout his career, it is estimated that Hugh has accumulated an impressive net worth of over $40 million. 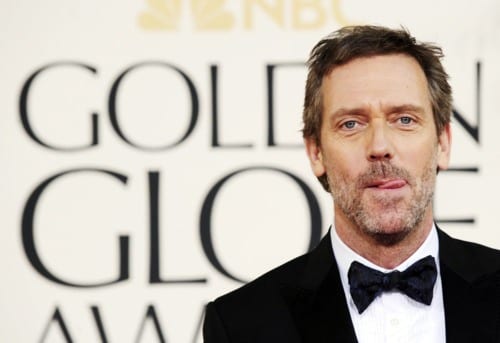 Laurie got married in 1989 to theater administrator Jo Green. Together they had two sons, Charles and William, and a daughter, Rebecca. The family lives together in Belsize Park, North London. In July 2008, Laurie bought a mansion in Hollywood in order to relieve the pressure of them being separated for nine months each year while he filmed for House. Eventually, they decided against coming to California, and at the time, Laurie claimed to be in “virtual isolation” from his family. He then revealed something to the public… 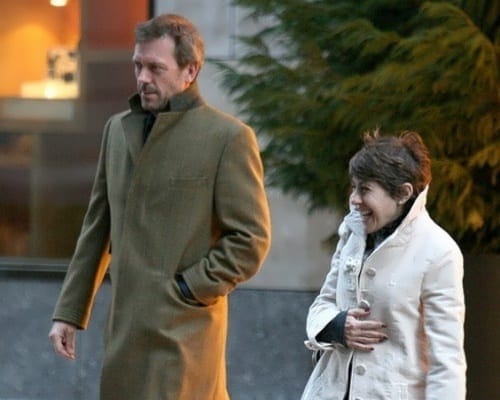 While appearing on Inside the Actors Studio in 2006, Laurie came clean about his struggle with depression. Laurie then backtracked later saying he was sorry to open up about his depression, as it made it harder for him to cope with it. He claimed that he first realized he was depressed when he witnessed two cars collide right in front of him, creating an explosion. Rather than feeling fear, Laurie just felt bored. Laurie was diagnosed and treated for severe clinical depression, but filming House made his struggle even harder. 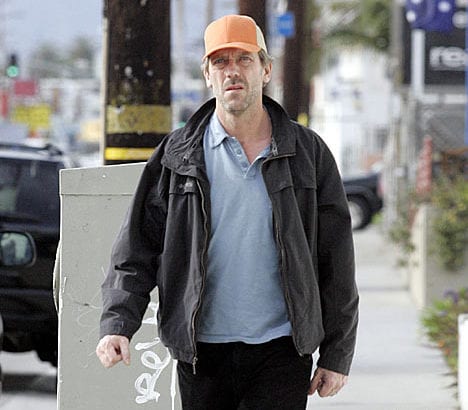 House Was A Nightmare

Despite the hefty salary that Laurie was earning each episode, he has revealed his time on the show to be a “nightmare.” The actor even fantasized about having an accident just so that he could take a few days off. As much as he loved the role and the rest of the cast, “the repetition of any routine, day after month after year, can turn into a bit of a nightmare.” Given his Presbyterian upbringing, the actor was determined to work hard. 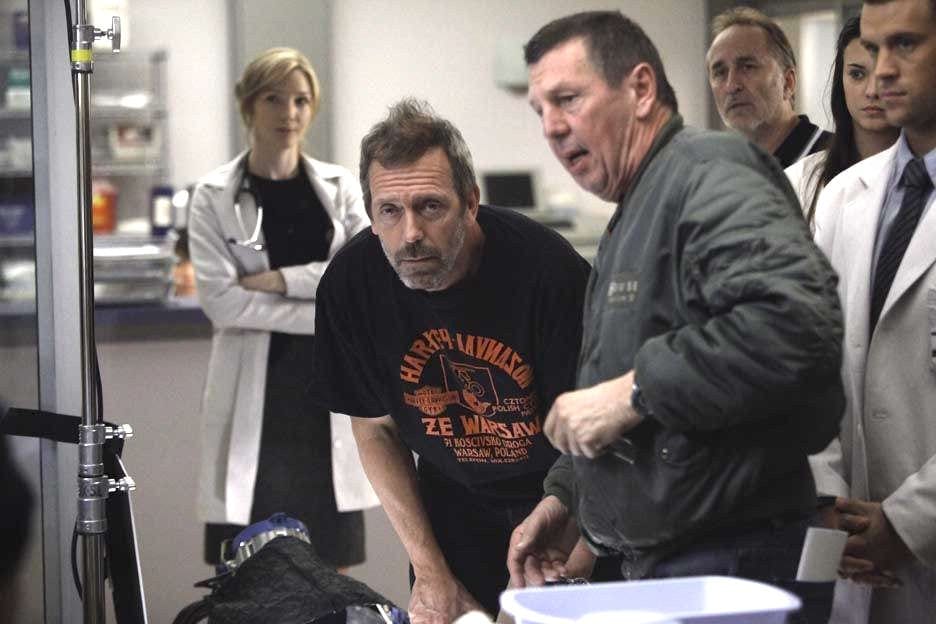 When House came to an end, the actor felt much relief from his daily nightmare. He said, “One great benefit of not being on TV every week is that people will be a lot less interested in what I have in my supermarket basket.” He continued his treatment on a regular basis to keep the depression at bay. He has claimed that the works of legendary British humorist P.G. Wodehouse, and in particular his novels, helped him keep his head up during some of his darkest days. 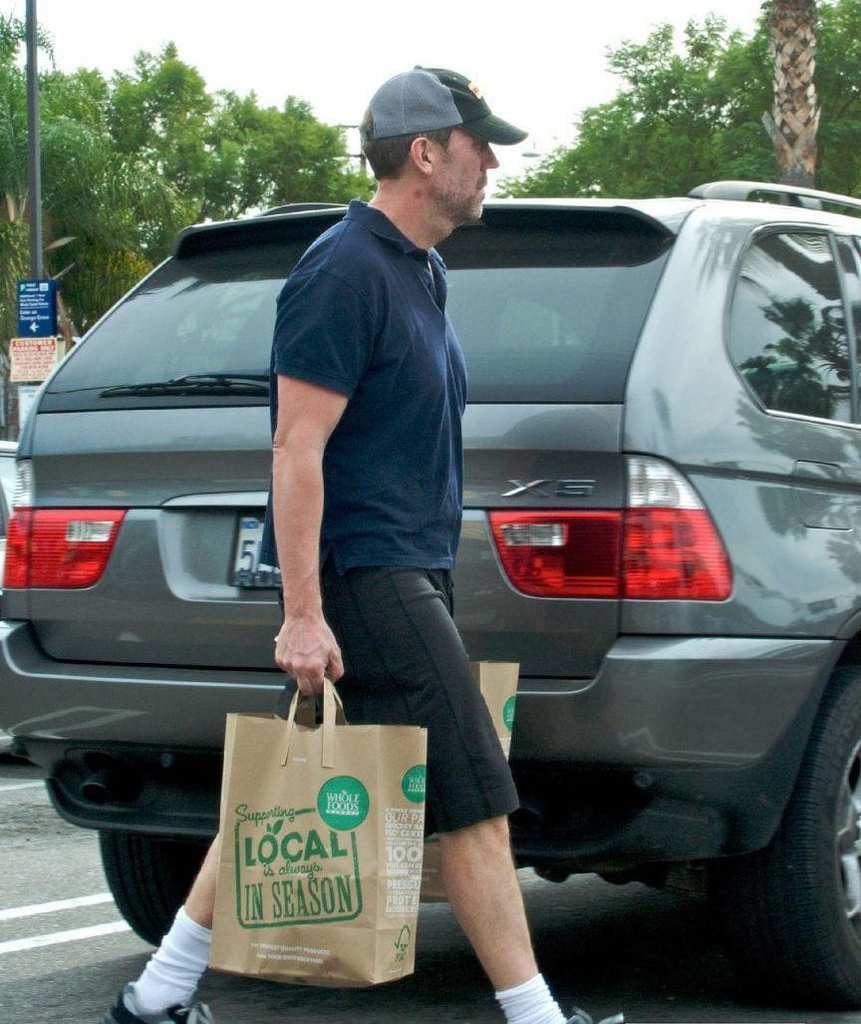 In 2007, Hugh Laurie was honored by Her Majesty, Queen Elizabeth II. He was honored with the title of Officer of the Order of the British Empire (OBE), with thanks to his work in superior drama. Ten years on, in the 2018 New Year Honours, Laurie upgraded from OBE to Commander of the Most Excellent Order of the British Empire (CBE), again for his services to drama. The now 59-year-old twice Golden Globe and Emmy Award-winning actor may have overcome many struggles, but he has certainly proven himself. 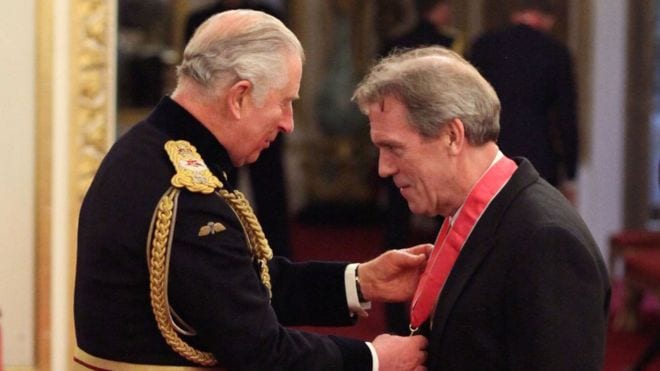 Peter Dutton was just a normal young man living in Texas. The founder of Soul Popped Popcorn, a ...

NASA Provides Evidence For The Existence Of Mysterious Planet

NASA has finally found sufficient evidence to prove that Planet Nine does actually exist. The ...