Armando Ortiz was thrilled to discover that he had bought a lotto ticket that matched four out of five numbers of the Connecticut Lottery’s Cash5 prize draw this past month. He had asked his mother to jot down the winning numbers as they were announced on TV July 22nd and, after seeing the winning numbers, was certain he had won $300. However, when he arrived to redeem the winning ticket at the Mobil On The Run convenience store in Hartford, he soon found out a mistake had been made. 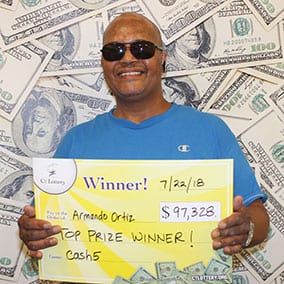 The Connecticut Lottery’s Cash5 prize is drawn nightly and is worth up to $100,000. That night, the winning numbers were 6-15-22-23-33, but it turns out Armando’s mother had written down one of the numbers wrong due to bad eyesight. She cannot see well, suffering from blurry vision. One single digit made a difference of $94,328 in winnings — imagine his shock! 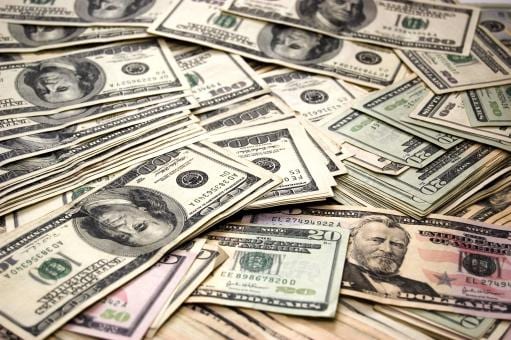 “The funny thing is,” Ortiz said, “my mother apologized for getting one of the numbers wrong. She wrote down 28 instead of 23. She said she couldn’t see well without her glasses on.”

The Mobil On The Run, where Ortiz purchased the lotto ticket, will receive a $1,000 bonus for selling the winning ticket. The Connecticut Lottery said that out of the $97,328, it will withhold 24 percent in federal taxes and 6.99 percent in state taxes. This means a whopping $67,166 will remain for Ortiz to enjoy and take home.

After his big win, Ortiz revealed he had some big plans for the cash. “I’m going to fix my car, give some money to my family, and bank the rest,” he said. Good for you, Armando!
.

You probably don’t need us to tell you that the world is struggling. This is especially true when ...

Supermom With 16 Children Reveals How She Copes

You might think that your kids are a handful, but how would you deal with being a mom or dad to not ...