During their recent visit to Australia, the Duke and Duchess of Sussex recently touched down in the drought-stricken town of Dubbo in northwestern New South Wales.

As they arrived to visit the local children, they were greeted by Luke Vincent, a five-year-old in the kindergarten at Buninyong Public School. He was instantly drawn to the expectant parents and couldn’t stop hugging them! The young boy, who has Down syndrome, was fixated by the Prince’s beard and ruffled his hair before handing a bouquet of flowers to Meghan. 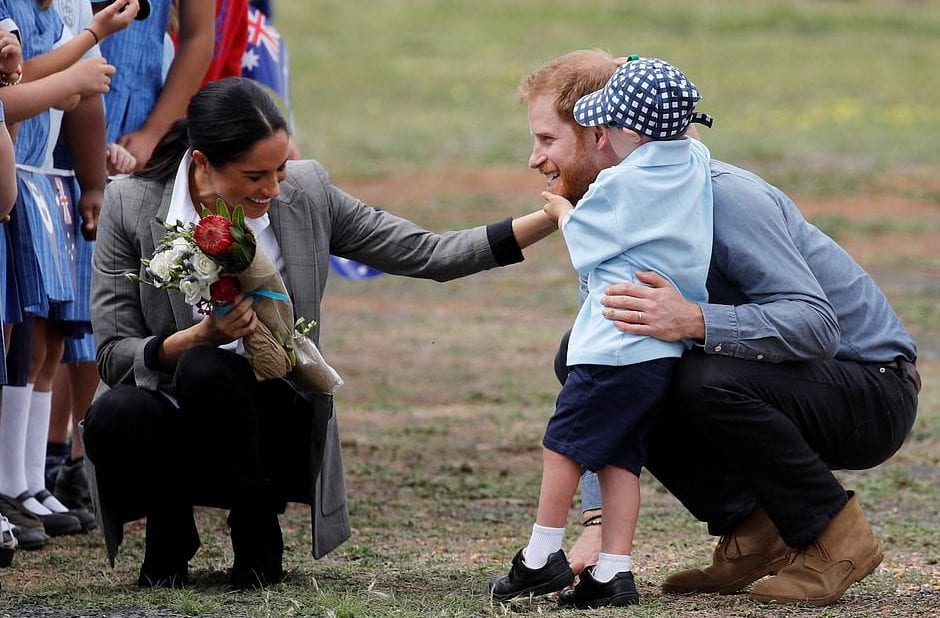 The school’s principal, Anne Van Dartel, said, “He got a hug from Meghan and then Harry bent down to speak to him and Luke didn’t give him any choice. Luke’s favorite person in the world is Santa Claus, who has a beard. So he rubbed Harry’s beard.” She added, ‘It’s been a wonderful experience for these little country kids to meet people they’ve only ever seen on TV.” 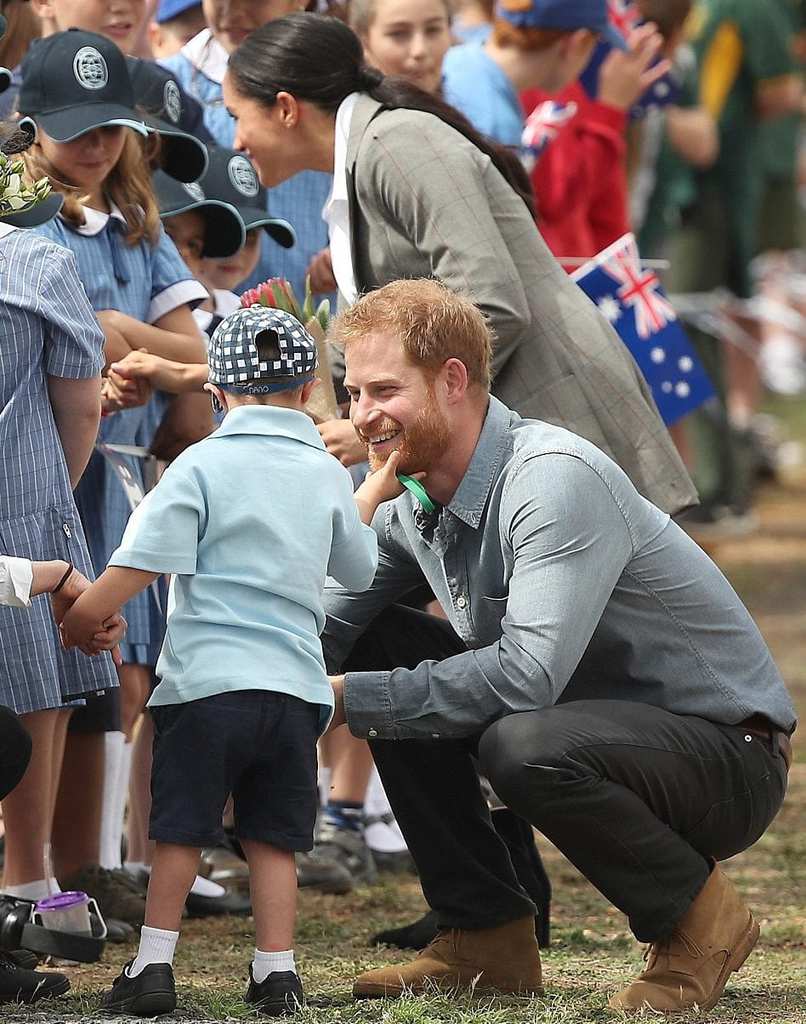 Despite being in her early pregnancy, feeling a “bit tired” and “running on adrenaline”, she has shown no sign of fatigue as the couple makes their way around on their first international tour together which will also take them to New Zealand, Fiji and Tonga over 16 days.

As Meghan and Harry came down the steps from their RAAF jet for the second day of their royal tour, they were welcomed by cheering children jumping up and down. The couple, despite being behind schedule, took the time to greet the locals. Van Dartel said of the royal couple’s visit to Dubbo, whose farming community has been hit by the devastating drought in recent months, ‘This is a real morale boost.” 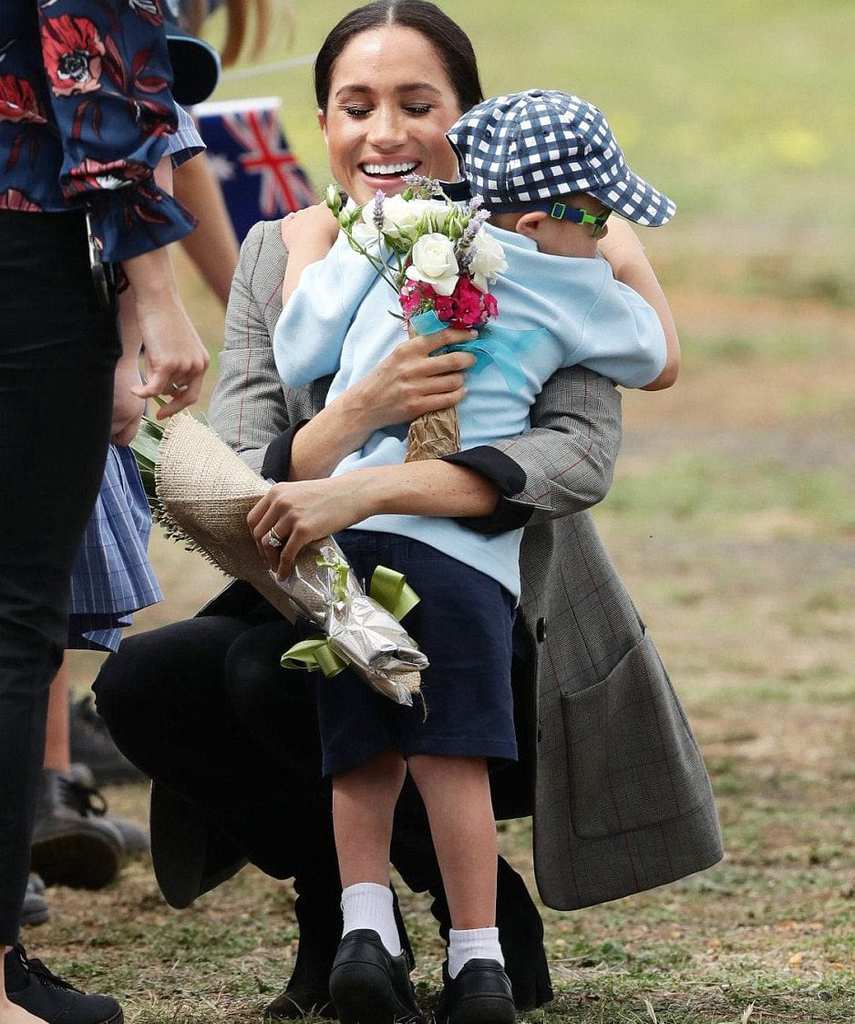 James Fogg, 11, from Eumungerie Public School, which has just nine pupils, told Harry he wanted to be a helicopter pilot. The Duke replied to him, “Good choice, good man”. While five-year-old Lyra Rose, of Dubbo South Public School, said: ‘It’s the first time I have met a princess and I will remember it forever.” 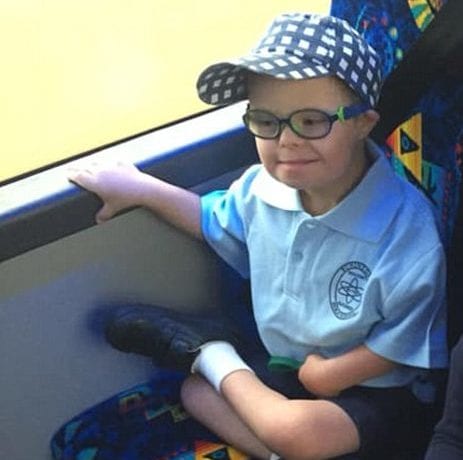 Alan Thicke, who was best known for his role as patriarch of the Seaver family on hit ABC ...