It seems as though the apple doesn’t fall far from the tree. Robert Downey Jr. has always had a reputation for being a bit of a ladies’ man and a party boy. Recently, a photo of Robert Downey Jr. along with several other people has been circulating the web, for a particularly hilarious reason. In the picture, we can see Robert Downey Jr. hanging out with some friends, acting perfectly normal and trying to enjoy the nice, sunny day. However, if you pay attention closely, you will see something else going on in the picture too. Here is said photo: 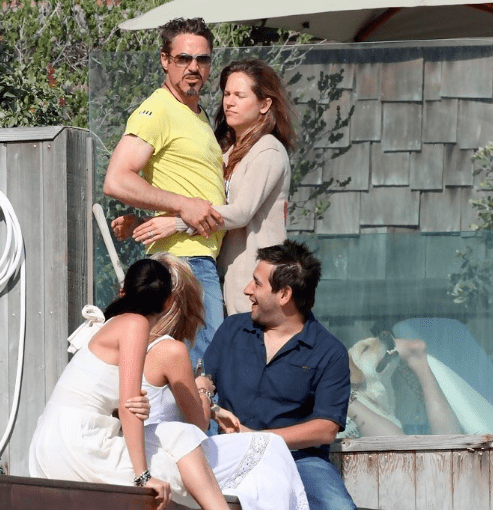 Do you see what we see? Here’s a hint if you haven’t got it…look at the bottom right corner. Do you see it yet? Call it a perfectly timed photo or not, we still think it’s hysterical.

Well, the people of Twitter definitely saw something funny going on over there, and were quick to tweet their own hilarious responses to what they saw in the picture. Some people shared their confusion and astonishment, such as English television presenter Jamie East:

Meanwhile, others pointed out the fact that this must be Robert Downey Jr.’s dog, since they both must be super successful with the ladies. Twitter user Cicro Silva responded to Jamie East’s tweet with:

On the other hand, some users felt this was an opportunity for some self-deprecating humor in regards to their own lack of game:

Finally, other users simply went in for the obvious:

While it is unclear whether the dog actually belongs to Robert Downey Jr. or not, it is clear that the dog seems to be having a great time along with all the other humans in the photo. It seems as though most of the humans are completely unaware of what may or may not be happening in the background. If they had, we are sure that they certainly would have interesting responses to what’s going on!

Even if you don’t live in the UK, there’s a good chance that you're familiar with Captain Tom ...