Things are starting to heat up off the of the Korean Peninsula as growing US presence is being implemented as part of a grander plan aimed at ‘incapacitating’ Kim Jong Un’s tyrannical regime in Pyongyang. On Wednesday, a nuclear-powered US aircraft carrier (The USS Carl Vinson) arrived in South Korea intended to carry out joint military exercises in America’s latest show of force against North Korea. The USS Carl Vinson arrived at the southern port of Busan which marked the beginning of US Secretary of State Rex Tillerson’s tour of the region. Within recent weeks tensions have escalated in the region with missile launches from the nuclear-strapped North and the assassination of Kim Jong-Un’s half-brother in Malaysia. 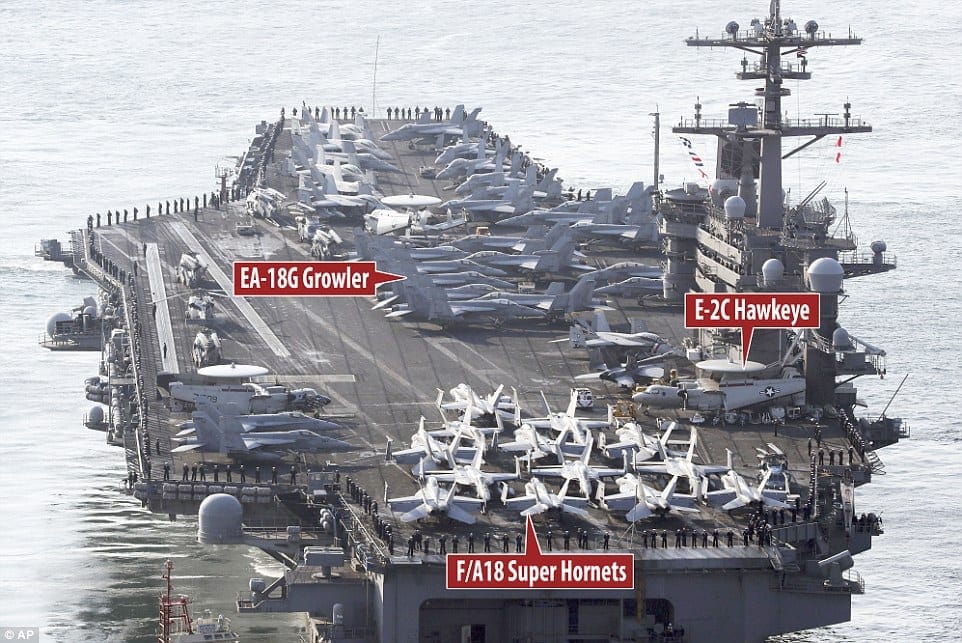 Aboard the super carrier are more than 80 air crafts including the fighter aircraft F/A-18F Super Hornet, the carrier-based EA-18G Growler, and the E-2C Hawkeye. South Korea’s Yonhap News Agency claims the heightened military presence is part of a plan to decapitate North Korea’s leadership. Yonhap News Agency claims that an official, who wished to remain anonymous, told them: “A bigger number of and more diverse U.S. special operation forces will take part in this year’s Foal Eagle and Key Resolve exercises to practice missions to infiltrate into the North, remove the North’s war command and demolition of its key military facilities.” 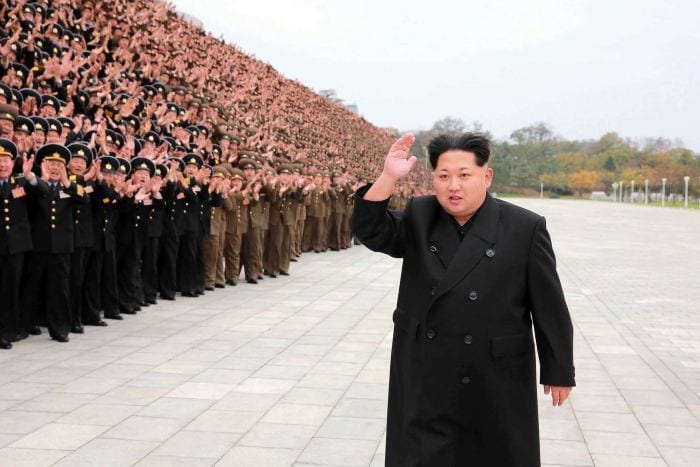 Naval drills will be carried out by the aircraft carrier and a US destroyer alongside South Koreans including an anti-submarine maneuver in the waters off of the Korean peninsula as part of the annual Foal Eagle exercise. Washington insists that they’re purely defensive in nature.

Rear Admiral James Kilby, the commander of USS Carl Vinson Carrier Strike Group 1, said, “The importance of the exercise is to continue to build our alliance and our relationship and strengthen that working relationship between our ships.” Yonhap news agency reported that the navy drills would start next week. Another military spokesman revealed on Monday that the US has also begun to deploy ‘Gray Eagle’ attack drones to South Korea. 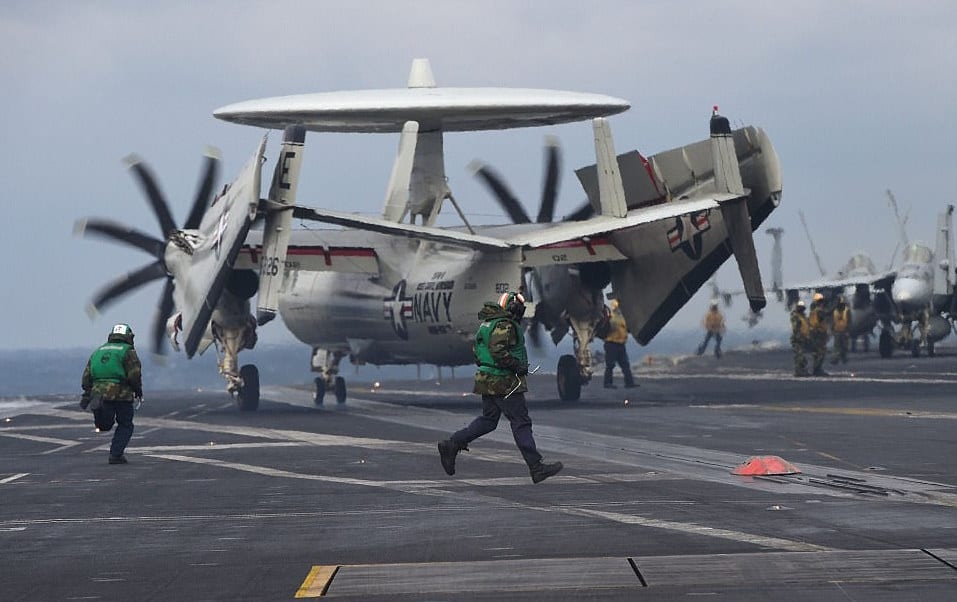 North Korea, which has already alarmed its neighbors with a string of missile launches and two nuclear tests since last year, said that the arrival of the US strike group was part of a ‘reckless scheme.’ North Korea’s state news agency, KCNA, said: “If they infringe on the DPRK’s sovereignty and dignity even a bit, its army will launch merciless ultra-precision strikes from ground, air, sea and underwater.”

Tillerson is all set to make his first visit to South Korea on Friday. The main reason for his trip is North Korea’s nuclear and missile arsenal which appears to be growing at an alarming rate. Early last week, the U.S. ambassador to the United Nations revealed that President Donald Trump’s administration was re-evaluating its strategy with North Korea and ‘all options are on the table.’