This Blanket Changed Their Lives Forever

For over a decade, Loren Krytzer went through hell and back. Not only did his world come crashing down after a catastrophic road accident, he also had severe financial issues. One day, he saw a blanket being auctioned off on an episode of Antiques Roadshow, and noticed a very similar looking blanket locked away in his closet. He took the family heirloom to an appraiser and eventually had it put up for auction. The results shocked everyone involved. 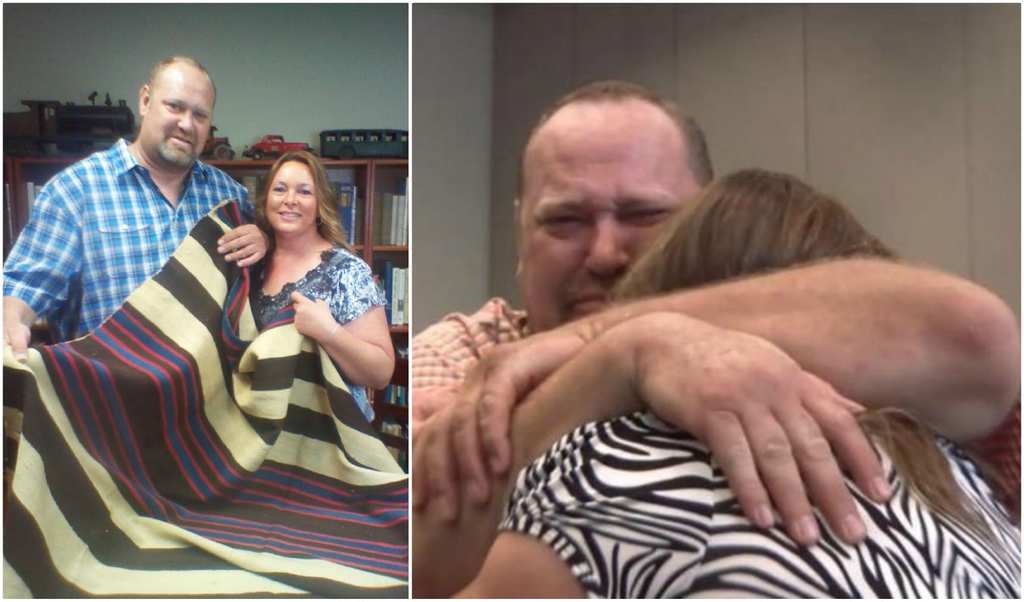 Loren Krytzer’s remarkable story can be traced back to the moment his beloved grandmother passed away. One day, Krytzer arrived at the home of his late grandma and he was simply expecting to pick up some books that she had promised him before her untimely passing. “Everything was already pillaged through by my sister and my mother,” the Californian man said in an interview. However, there was one more bag waiting to be explored, and it contained a mysterious blanket… 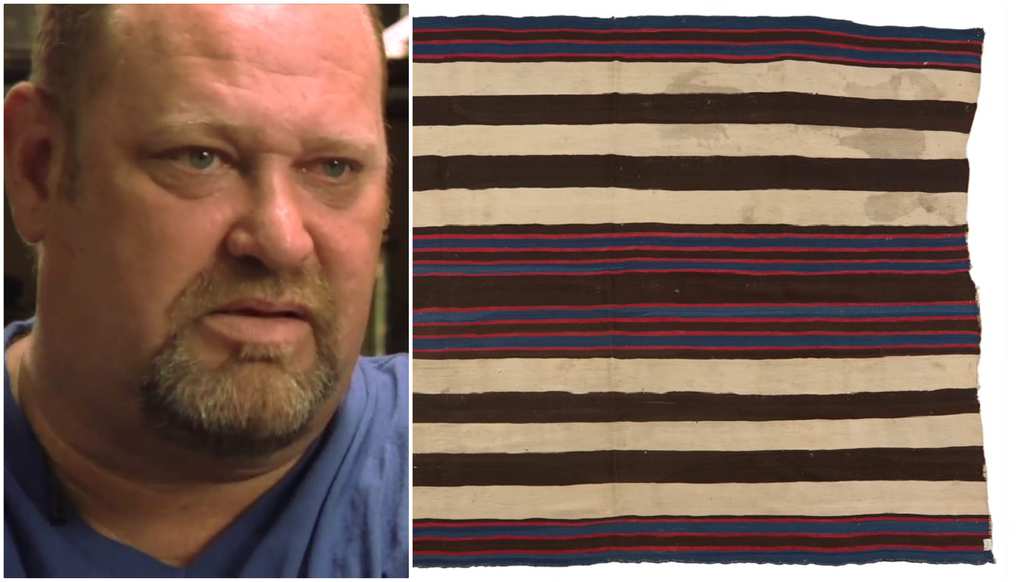 Much to Loren Krytzer’s surprise, there wasn’t just one blanket inside the final bag – there were two. His grandmother had left behind two blankets but didn’t allocate them to anyone specific. As a result, Loren’s sister called “dibs” on the blanket she preferred. “I said, ‘What are you going to do with that?’ She said, ‘I don’t want that, that dirty old thing.’ I picked it up…put it in my closet and there it sat for seven years.” 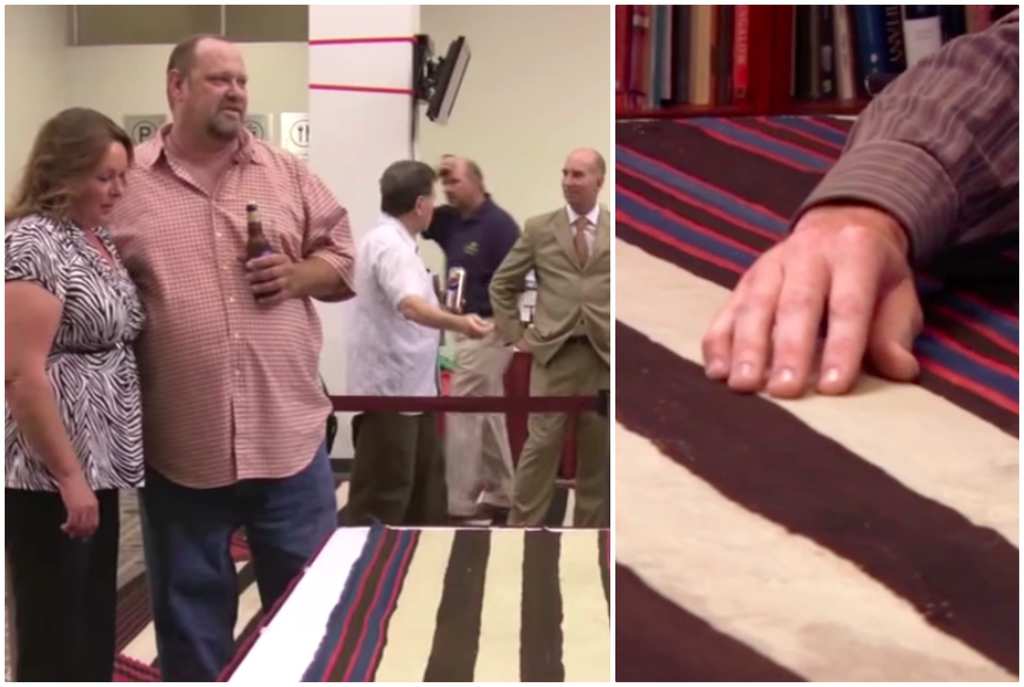 For the following few years, Krytzer had lived a pleasant life. His job as a self-employed carpenter earned him enough money for him and his family. However, on one fateful day, his life turned upside down. After a car crashed into the back of his car while he was driving, Krytzer suffered a nasty foot injury. Although he patiently underwent a year’s worth of surgery, the injury simply would not heal. Soon enough, the doctors had some terrible news in store for Krytzer… 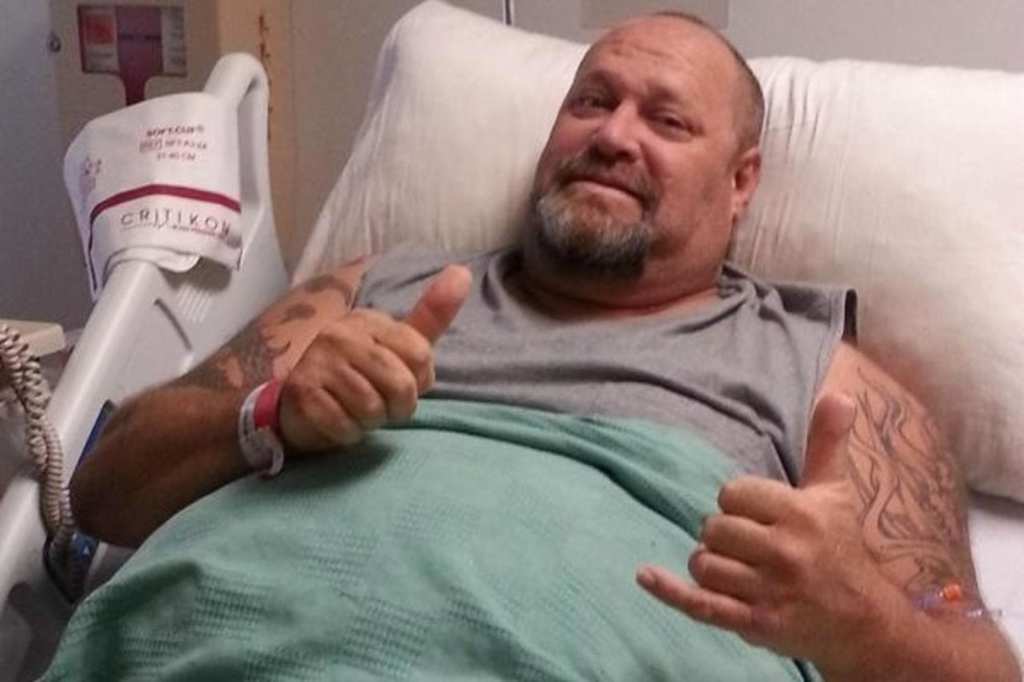 His Life Would Never Be The Same

Krytzer received the tragic news that he had an infection in his leg. In an interview with CNBC, he recalled the traumatic conversation he ended up having with the doctors. “I kept trying to do the best I could, and finally it got so bad they said, ‘We have to cut your foot off.'” Just like that, Krytzer lost his left foot and as a result, he was unable to continue his current line of work. This also meant that he had no source of income… 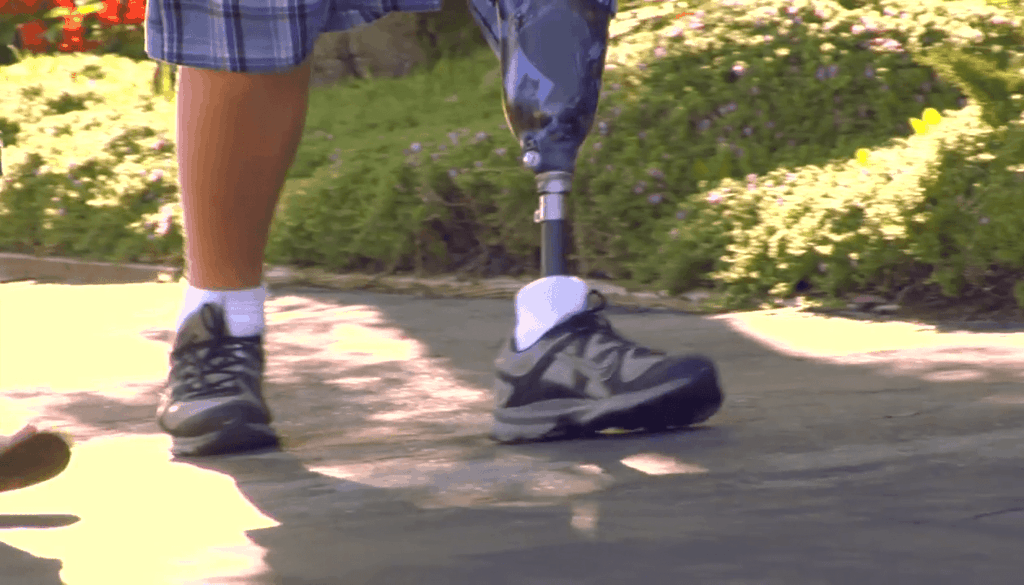 As if losing his foot wasn’t bad enough, Krytzer still needed to provide for himself. To make matters even worse, the government turned down Krytzer’s first application of disability benefits. With hardly any money in his bank account and the medical bills piling up, Krytzer was forced to make some truly heartbreaking sacrifices. Without a doubt, probably the most difficult decision he would eventually have to make involved the people who he cared about the most – his family. 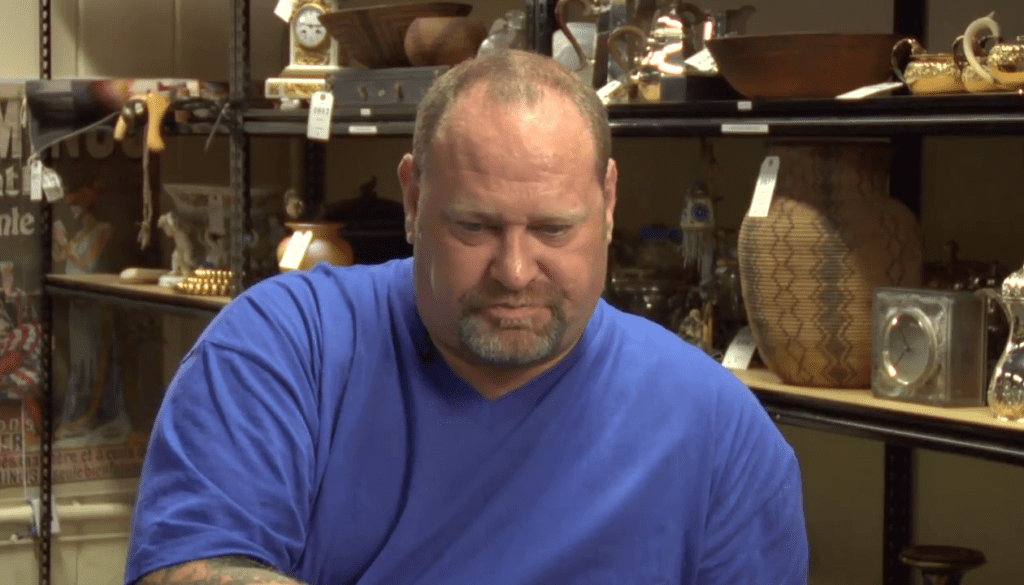 As a result of his dire financial situation, Krytzer was left with no choice but to send his three kids to his grandparents’ place in Louisiana, of all places. “I mean, what do you do?” Krytzer said. “I had kids to take care of, no money, you know? Nothing saved up or nothing like that.” Although he eventually received some disability welfare checks, it turns out that Krytzer would only be getting $839, which was peanuts in the large scheme of things. 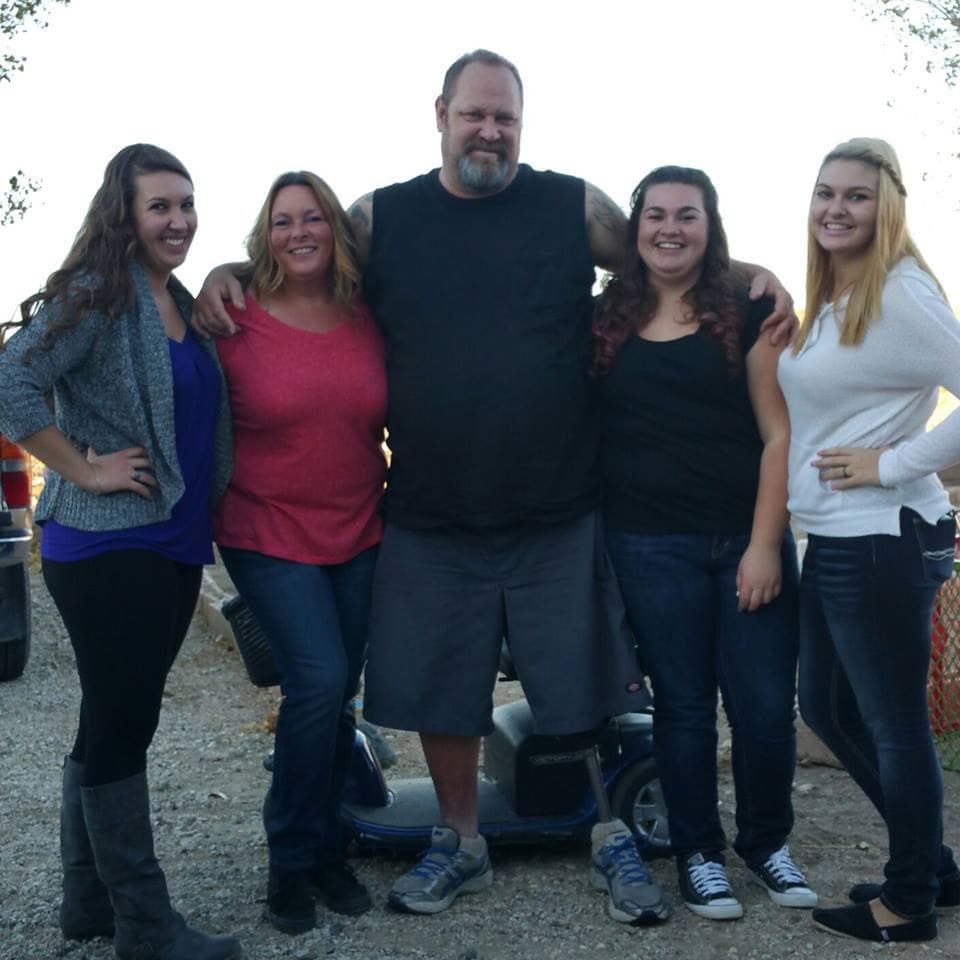 Eventually, Krytzer’s friend rented out a small home to him not too far from Palmdale, CA. Krytzer and his future wife Lisa ended up moving into the place together. While the rent was fairly cheap at $700 a month, it still proved to be financially difficult for Krytzer to make ends meet. This meant that he only had a couple hundred dollars to live on each month. “We would literally go to Costco…and get a Costco [brand] hot dog and a Coke ’cause they were $1.50,” he said. 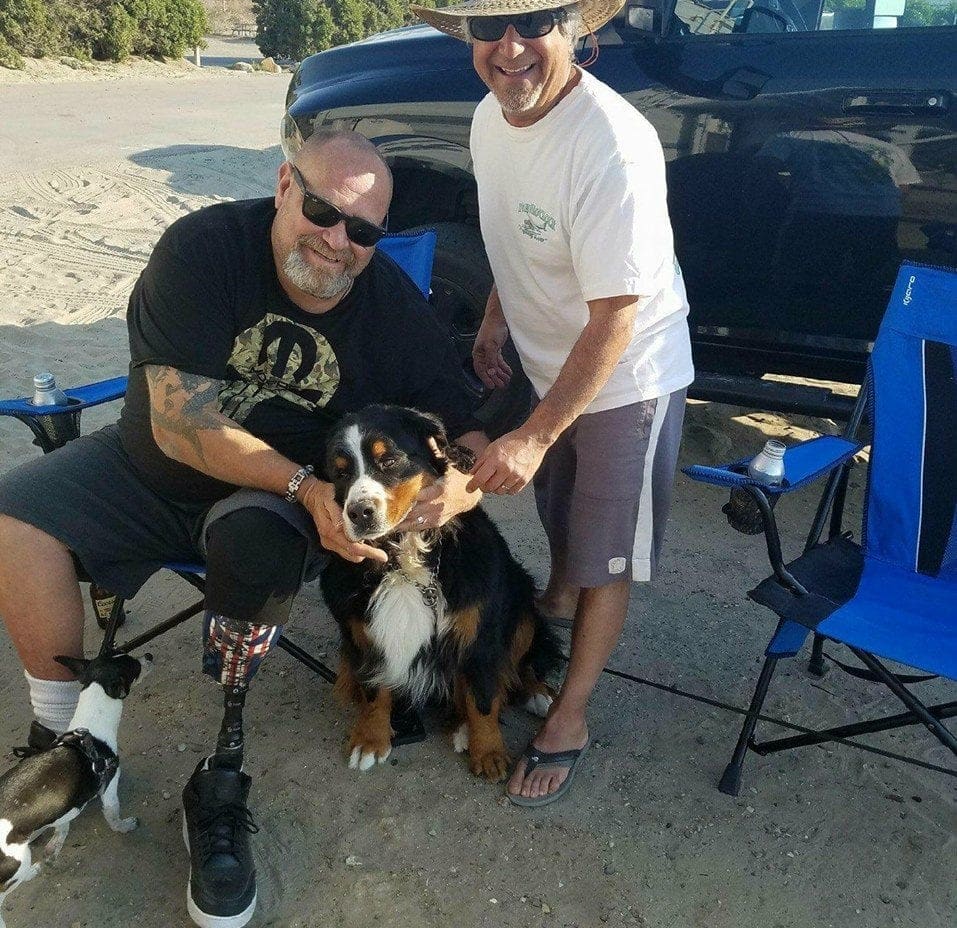 One thing that Krytzer was eventually able to afford was a TV. It proved to be an extremely good investment, especially when Krytzer turned on PBS one day in late 2011 and watched an episode of Antiques Roadshow. He had just tuned in when he noticed that appraiser Don Ellis was taking a look at an antique blanket. He was speaking with Tucson, Arizona’s Ted Kuntz, who had brought the blanket to Ellis’s Native American art gallery. 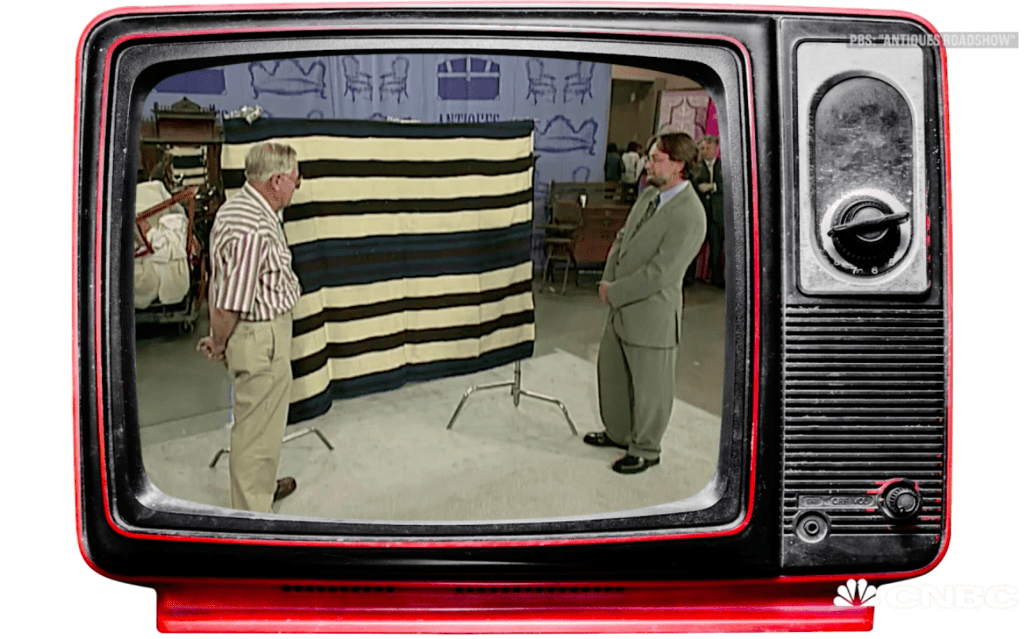 According to Kuntz, the blanket was of Navajo origin and had been previously given to one of his relatives by Kit Carson, of all people. Carson was a famous frontiersman who passed away in 1868. It didn’t take long before Don Ellis realized that this blanket was much more significant than Kuntz could ever have anticipated. It was, in fact, a blanket from the Navajo First Phase, an incredibly rare artifact in this day and age. But it was the value of the blanket that piqued Krytzer’s interest… 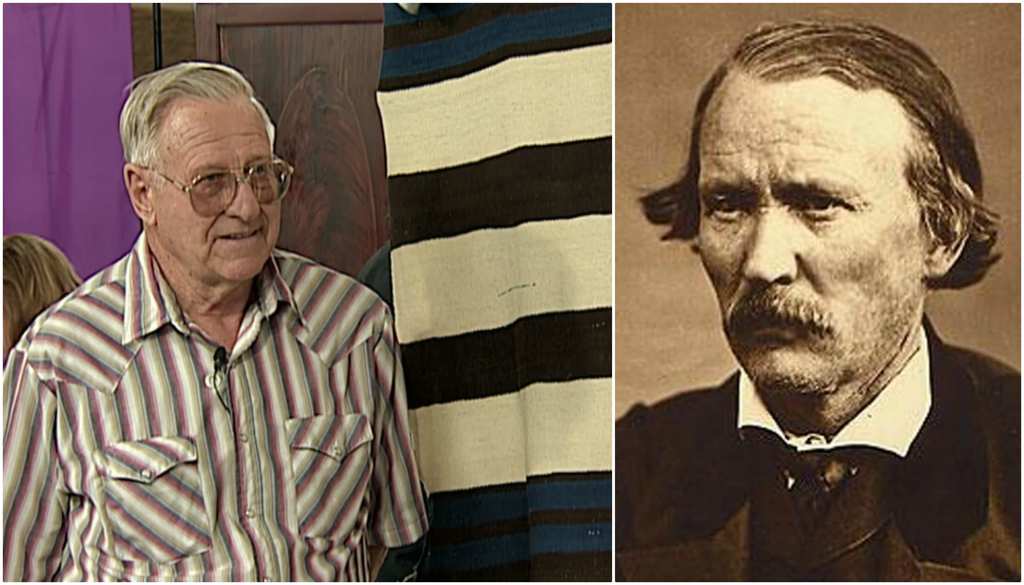 Without any hesitation, Don Ellis took the blanket and put a price on it of up to $500,000. At the same time, both Kuntz and Krytzer (the former being in the episode and the latter watching it) both jumped in excitement. While Kuntz couldn’t believe how much the blanket had been valued at, Krytzer was shocked for a different reason. This was because the blanket on that Antiques Roadshow episode looked extremely similar to the one locked away in Krytzer’s closet. 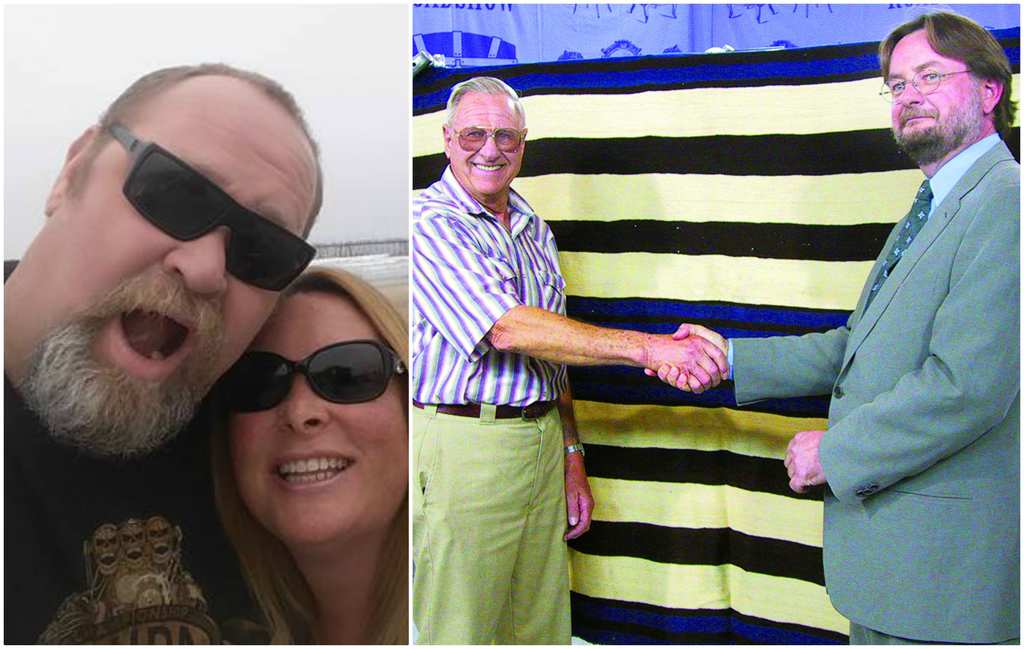 Did He Have A Similar Blanket?

Excited by the prospect that was sitting in front of him, Krytzer rushed to his closet and quickly pulled the blanket out of the bag. “I paused [the program] and I went and got the blanket and I’m sitting there holding it,” he said. “I’m lining up the lines on the TV with the blanket, seeing if they match. This guy is on TV, the appraiser says $300,000 to $500,000. So I’m thinking maybe this one is worth five to 10 grand.” 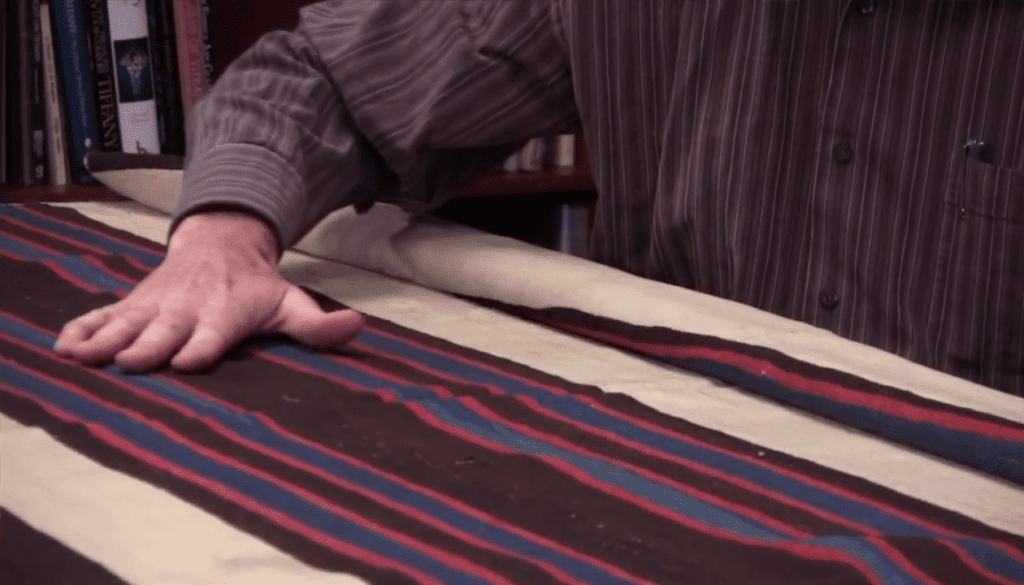 Experts Were Not Impressed

Upon finishing the Antiques Roadshow episode, Krytzer quickly looked in the papers for any local antique experts and started making multiple phone calls. He jumped in his car like a man possessed and went to a variety of antique stores. Despite his excitement, all the shop owners that he showed the blanket to were simply unimpressed. As far as they were concerned, it was a fairly average blanket with little value. However, there was one dealer who felt differently… 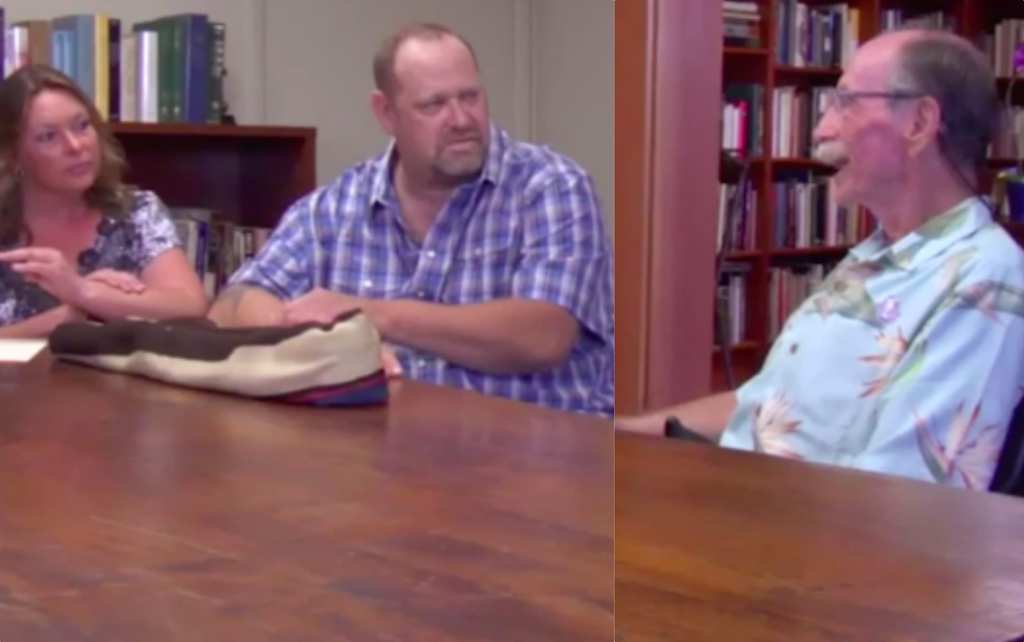 One Dealer Was Very Excited

When somebody advised Krytzer to contact Johan Moran Auctioneers, the Native American antique specialists were desperate to take a look at the blanket. Krytzer sat down with Jeff Moran, the founder’s son. After close inspection of the blanket and a number of tests, Moran was convinced that the blanket was worth a lot. However, this was only scratching the surface of the blanket’s significance, and just the beginning of a beautiful friendship between Jeff and Krytzer… 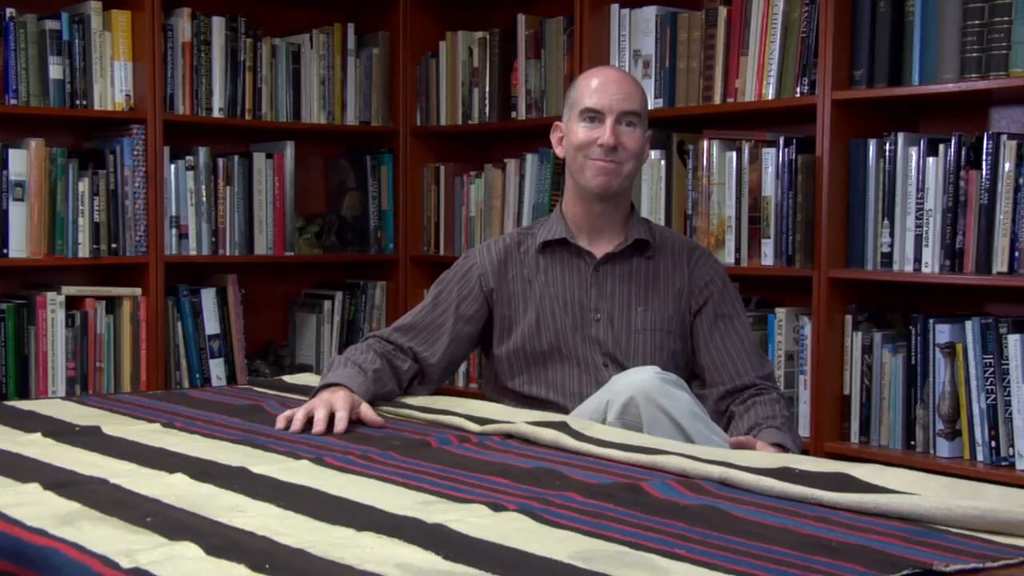 This Blanket Is Very Important

Krytzer explained to Jeff Moran that John Chantland, who was Krytzer’s great-great-grandfather, had originally been the custodian of the blanket and was, in fact, a Dakota trader during the 19th Century.  Another appraiser who inspected the blanket, Joshua Baer, believed that it was one of the rarest Navajo chief blankets he had ever seen. “You walk into the room [and] you can tell that you’re looking at something that is not just uncommonly beautiful, but that is still very much part of the time in which it was made,” Baer said. 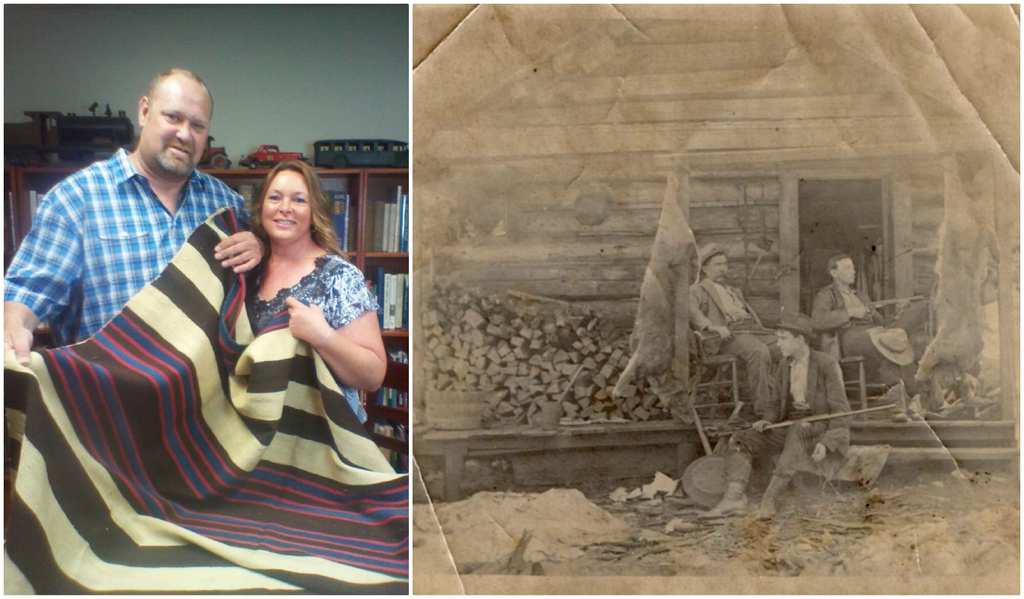 After discussing the rich history behind the Navajo blanket and consulting with a number trusted colleagues, Jeff Moran came back to Krytzer and gave him an idea of how much he would expect the antique to sell for at an auction. Moran firmly believed that it would attract around $200,000 at an auction – a staggering amount. He even scheduled the event for Krytzer. This begs the question – would Krytzer’s blanket end up selling for even more than Moran’s original estimation? Or, would it end up tanking at the auction? 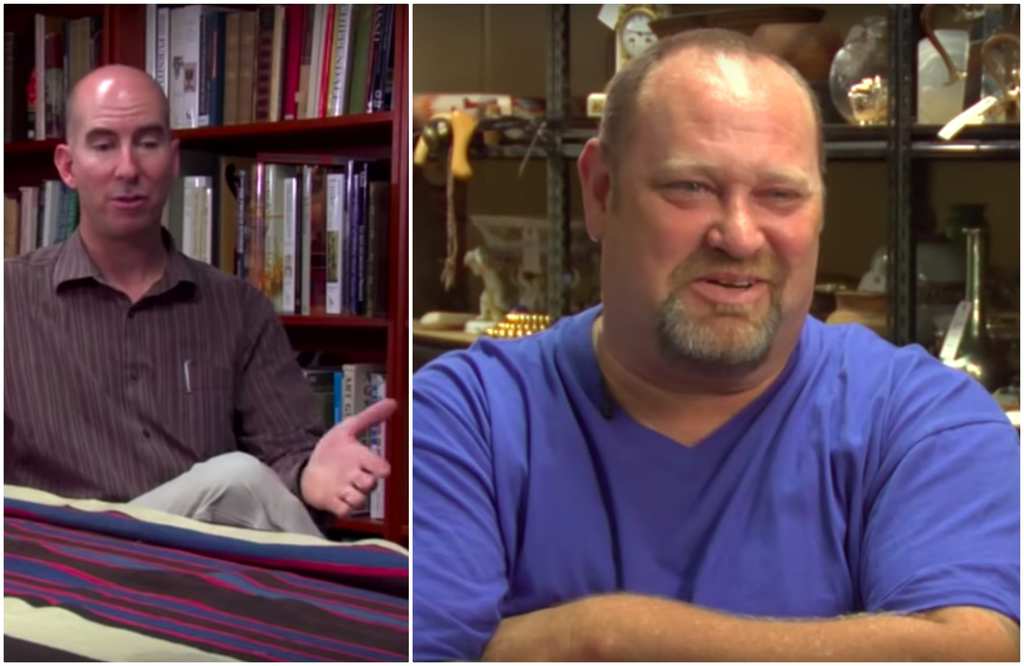 He Received Many Offers

Although an auction was lined up in the upcoming months, this didn’t hide the fact that Krytzer was in a dire financial situation at that very moment, and needed money quickly. With a number of antique collectors hearing about his coveted blanket, Krytzer would soon receive a torrent of offers from numerous local dealers. So would Krytzer cave in and take one of the offers? Or would he hold out for that auction that Jeff Moran had so kindly organized? 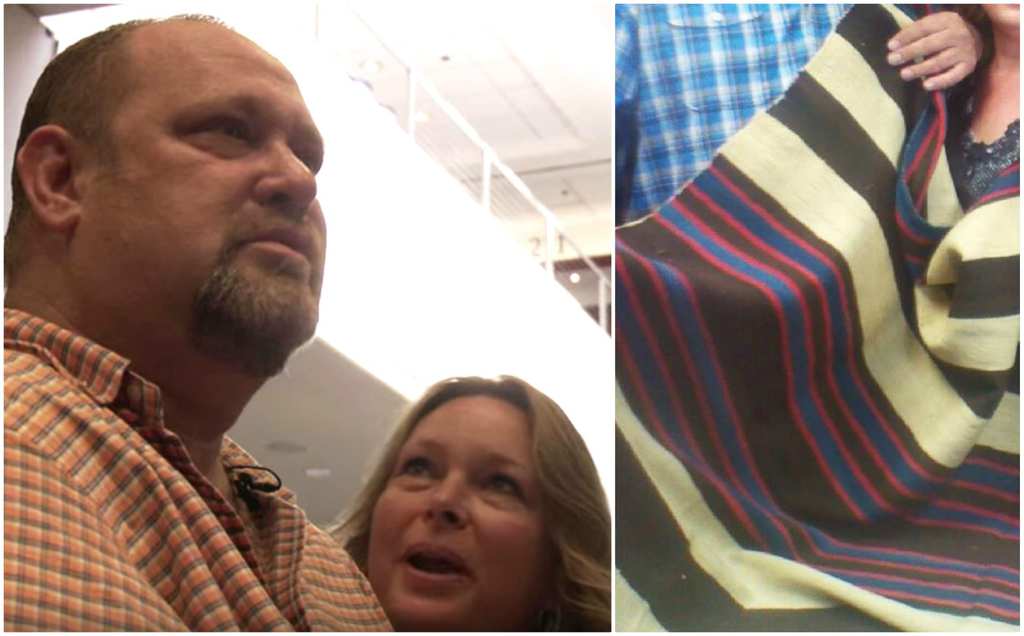 Jeff To The Rescue

Informed about the many offers that Krytzer had received for the blanket, Jeff Moran was determined to squash this problem, once and for all. “I immediately went into crisis mode with [Krytzer]. I said, ‘I’ll tell you what, I’m gonna give you an advance,'” he said. In what can only be described as an act of desperation, Moran met up with Krytzer and gave him $9,000 to keep him going until the auction. With two weeks to go, Loren was on board. 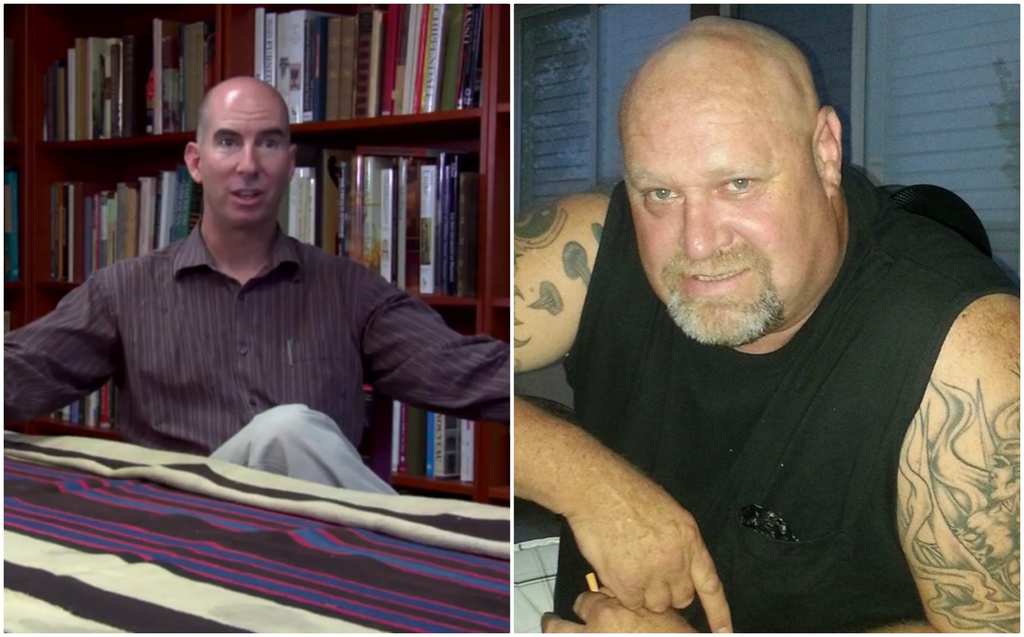 Two weeks later and the day of the auction had finally arrived. Interestingly, Krytzer had fairly low expectations on how the blanket would do. “I was thinking [I’d] fix up my car a little bit,” Krytzer said. “I started praying, ‘Please be enough to buy a house or something.'” Of course, both Jeff Moran and Joshua Baer were in attendance, with the latter comparing the auction’s atmosphere to a huge boxing match. Soon enough, the auction was officially underway… 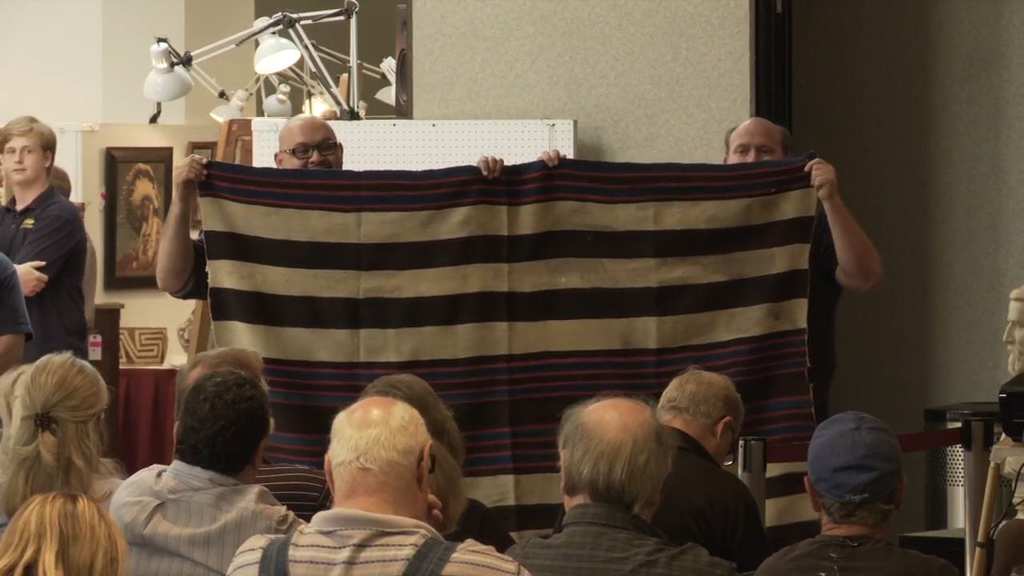 With a base value of $150,000, which in itself was very impressive, the bidding process was incredibly fast, with huge bids coming in left, right, and center. Each bid increased the value by $50,000 and at one point, it felt like the auction would never stop. It got to a point where the value was now at a cool $1 million. Soon enough, the value was rising in increments of $100,000! Needless to say, Krytzer and Lisa couldn’t believe what they were watching. 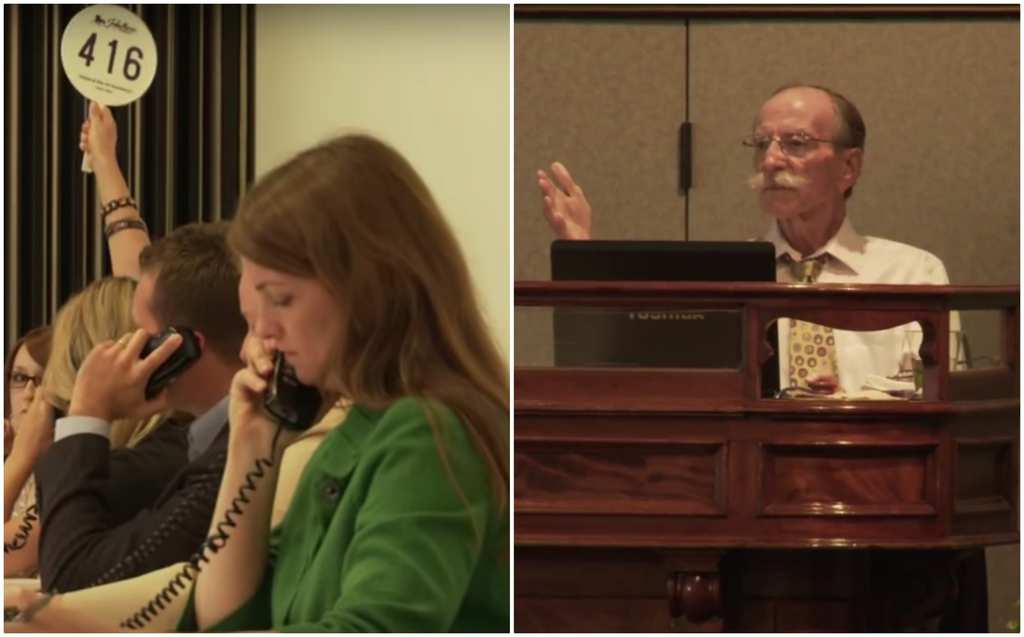 Amazingly, the entire bidding process happened in just 77 seconds. In those dying seconds, one person swooped in with a last-ditch bid. While nobody would dare to better the bid, the auctioneer suddenly dropped his hammer, signaling the blanket was sold. Not only did the winning bid come from someone who phoned in, but it was from a truly surprising individual. It was none other than Don Ellis – the same man who had valued the blanket that Krytzer had seen on that episode of Antiques Roadshow. But how much did it sell for? 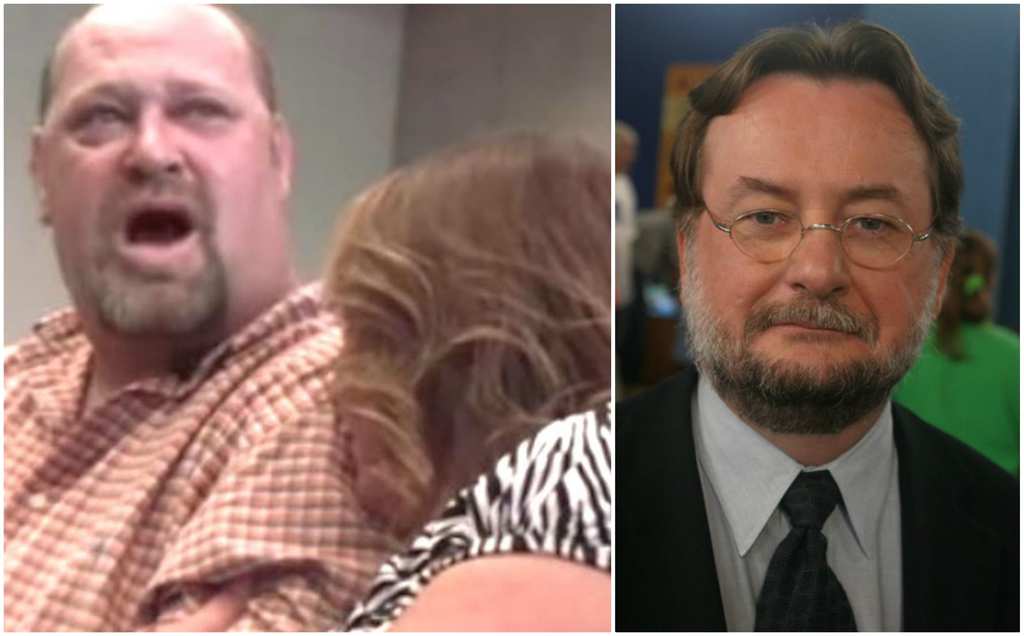 The hammer was slammed and auctioneer shouted, “Sold! For $1.5 million!” Krytzer couldn’t catch his breath and held Lisa in pure elation. Unable to come to terms with such a surprise, he spent the next five days in a hotel room. Krytzer had to ask himself what this all meant. Why did this happen to him? And what was he going to do with all this money? He simply couldn’t believe what had transpired. After auction fees, Krytzer had walked away with a staggering $1.3 million. 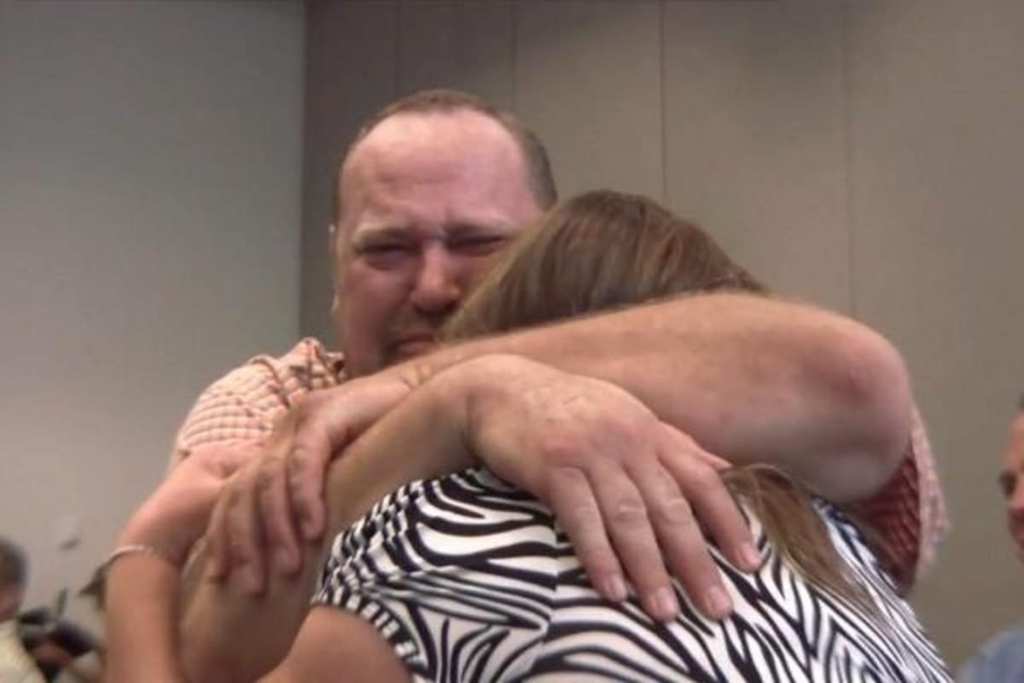 After what can only be described as a life-changing event, Krytzer now had the funds to make all of his dreams come true. Soon enough, he traded in the shack for two houses. Other things that Krytzer bought included a Harley-Davidson motorcycle, as well as 2012 Dodge Challenger. He even took his family on a cruise to Mexico! After investing some of his winnings on stocks and bonds, Krytzer could thank his late grandmother for leaving behind such a special blanket. 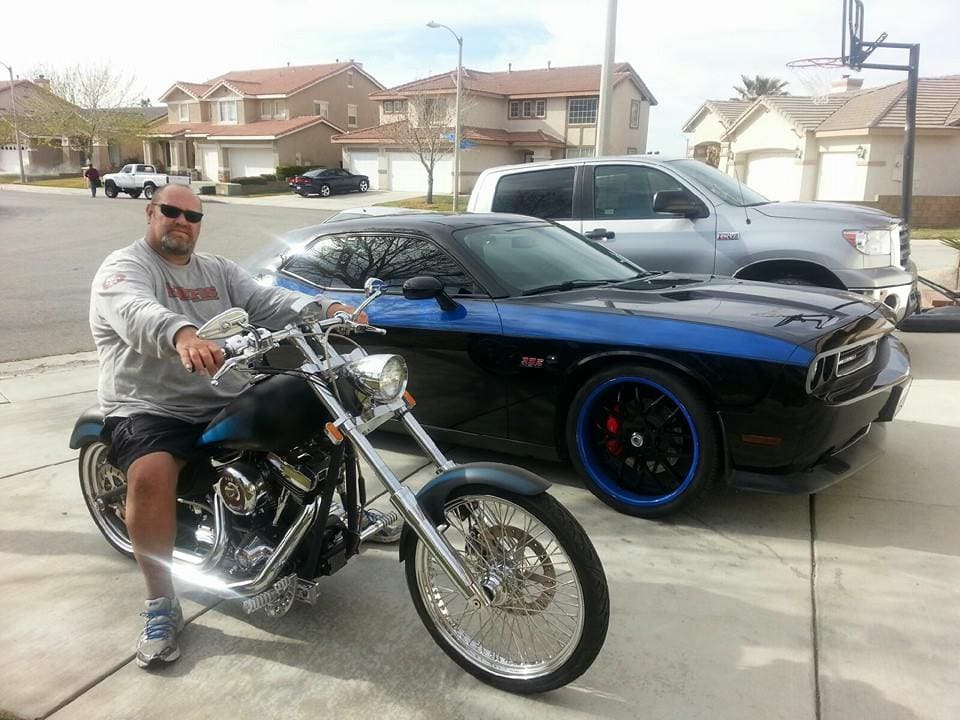