The Obama family sent out their eighth and final White House Christmas card and the internet had an emotional response, to say the least. The holiday card read, “As our family reflects on our many happy years spent in the White House, we are grateful for the friends we’ve made, the joy we’ve shared, and the gifts of kindness we’ve received. We wish you and your loved ones a joyous holiday season and a wonderful new year.”

The beautiful heartfelt message and radiant photograph stirred up feelings across social media. Many people turned to Twitter to reflect.

One woman tweeted out, “Hands up if the Obama’s Christmas card is legit givin’ you the feels?! #Wearenotworthy.” She also included many crying emojis. 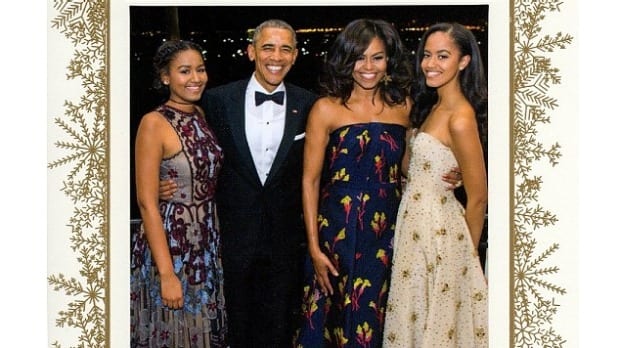 The picture features the whole family, President Obama, First Lady Michelle Obama and their two daughters, Malia and Sasha. The picture was taken at a state dinner in March honoring Canada’s Prime Minister Justin Trudeau. The family is seen formally dressed and smiling wide. The Obama ladies shined in long gowns while President Obama sported a snazzy tuxedo suit for the occasion. The family dogs Sunny and Bo even signed the card! 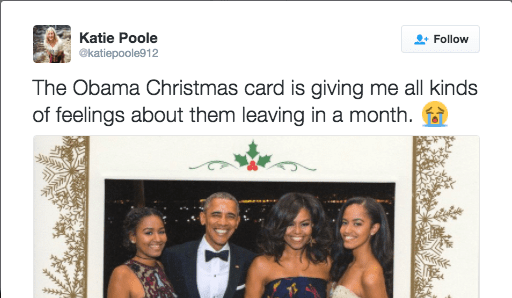 Nostalgia spread throughout the internet as people reminisced on social media over the eight years the Obama’s resided in The White House. One Twitter user tweeted, “The Obama Christmas card is giving me all kinds of feelings about them leaving in a month.” Another fan tweeted, “Obama should send their last Christmas card to the whole world.” Here’s one of the first pictures of the Obama family in The White House. Look at how much they have changed! 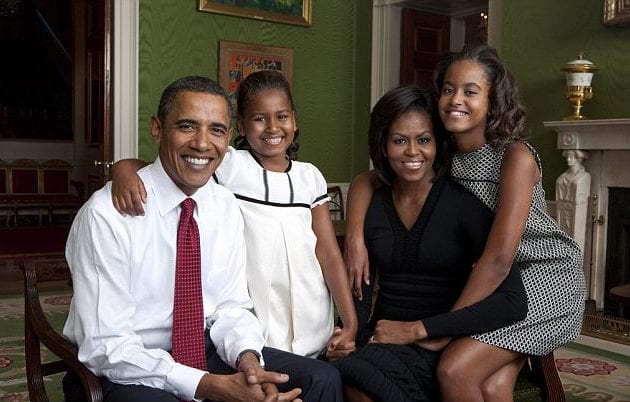 The tradition of presidents sending out Christmas cards started in 1927. However, most presidents have not featured themselves on the card. As the Obama years come to an end, many Americans express gratitude for the Obama family.

How many times have you pulled up to a McDonalds, desperately craving some delicious soft-serve ...

Social media has seen the beginning of some major debates over the years, and it doesn’t seem as ...