Actress Billie Lourd has had to deal with a lot of loss these past few weeks after the death of her mother, Carrie Fisher, and her grandmother, Debbie Reynolds. Through is all, her Scream Queens co-star Taylor Lautner has been right by her side. According to People magazine, the two co-stars and rumored couple vacationed in Cabo San Lucas, Mexico this week. Lautner has been public about their relationship on his Instagram account. He recently posted a picture with Lourd on social media of the two co-stars relaxing on lounge chairs by the pool.

This girl is one of the strongest, most fearless individuals I've ever met. Absolutely beautiful inside and out. I'm lucky to know you @praisethelourd .. ❤️, me.

Taylor Lautner has stood by Billie Lourd trough all of the ups and downs of the year. It was reported by People magazine that Lautner even comforted Lourd at the hospital while her mother, Carrie Fisher, was being treated. Fisher stayed in the hospital after she suffered cardiac arrest while on a flight from London on December 23. She passed away a couple days later on December 27. Lourd’s grandmother, Debbie Reynolds passed a day later. 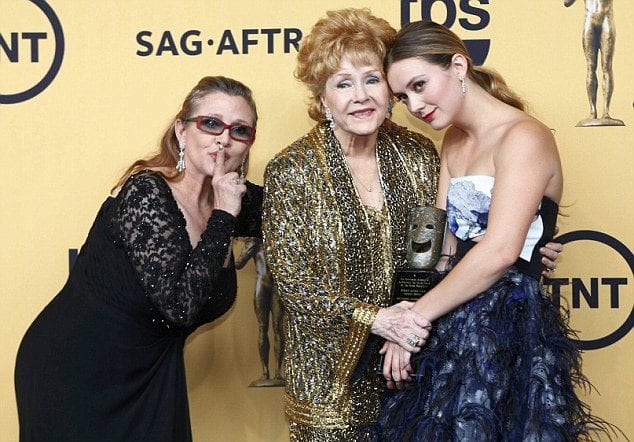 The tragedy of having multiple close family members pass within a day left Billie Lourd grieving two losses. Taylor Lautner took to Instagram to publicly praise his Scream Queens co-star. Lautner shared, “This girl is one of the strongest, most fearless individuals I’ve ever met,” he wrote. “Absolutely beautiful inside and out. I’m lucky to know you.”

After the joint funeral for Fisher and Reynolds, Billie Lourd posted a throwback photo of herself and her mother on Instagram. Her caption read,“‘If my life weren’t funny then it would just be true and that is unacceptable,’” she wrote quoting her mother. She continued, “finding the funny might take a while but I learned from the best and her voice will forever be in my head and in my heart.”

Lourd has mostly stayed off of social media as she has chosen to grieve privately. People magazine reported that she thanked everyone for their love and prayers.

Man Reunited With Terrier A Year After He Was Stolen

A man from New Jersey whose Yorkshire terrier had been stolen a year ago finally reunited with his ...