When a mountain biker found a wounded stray close to a sewage treatment facility in Georgia, he couldn’t bear to ride away without him. So he put the 5-month-old dog on his back and eventually found him a home in Maine. 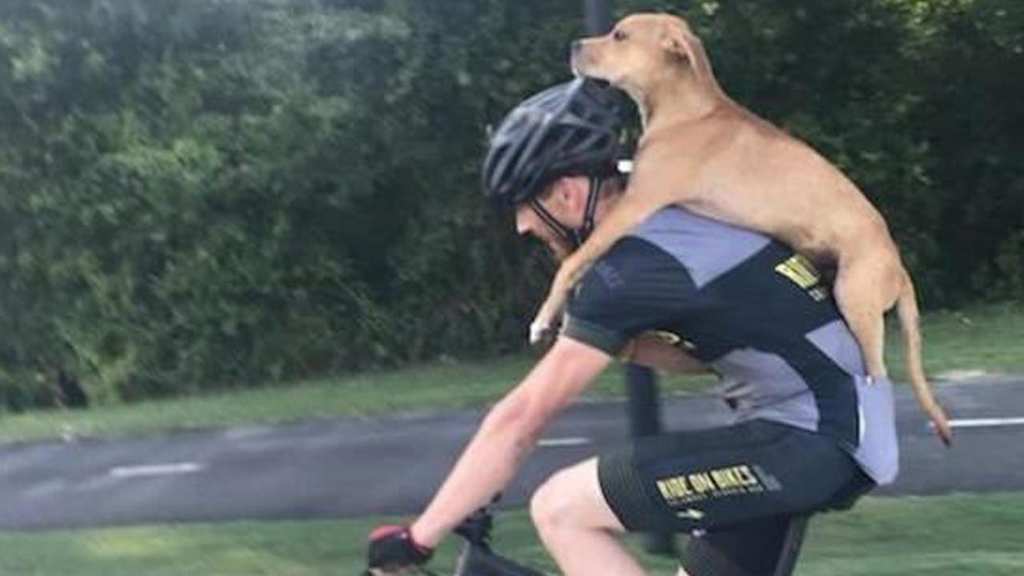 Jarrett Little was riding with a group when he found the Great Dane mix. With a broken back leg and fractured toe, this poor hound was crying out for help. Assuming that the dog had been run over, Little didn’t hesitate to pick him up.

For seven straight miles, Little rode his bike with the stray dog on his back to downtown Columbus. Conferring with his co-riders, they agreed that one of them would take the dog home if they couldn’t find a new home for him.

Eventually, they were able to get the dog some food and water. It was at this bike store that the dog warmed up to a woman by the name of Andrea Shaw. It was like love at first sight, and Shaw was more than happy to take the dog home with her. 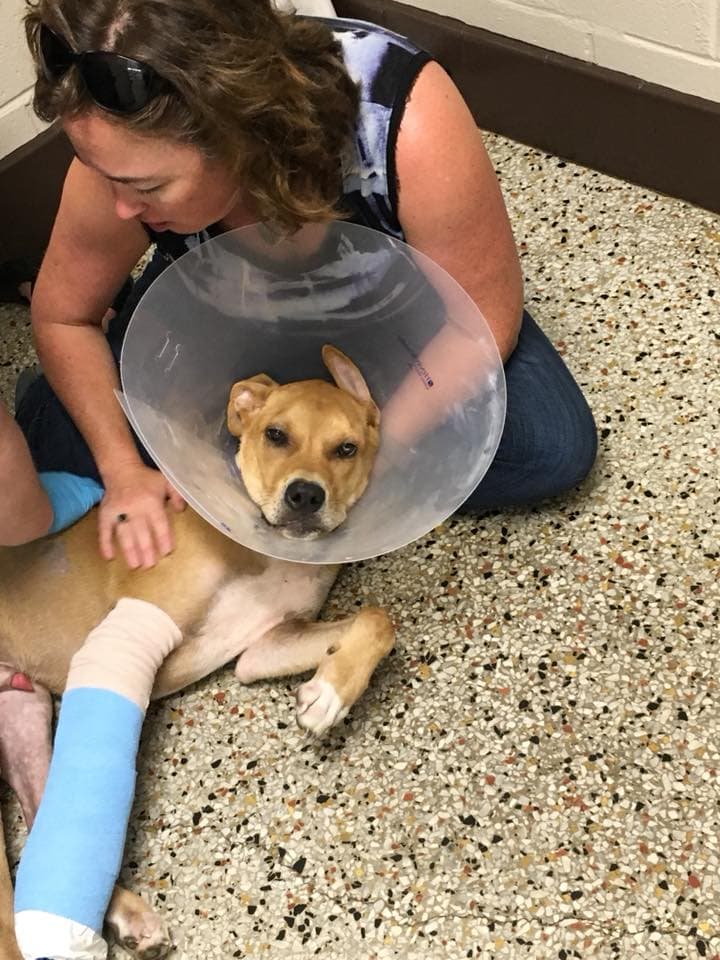 Naturally, Shaw called the dog Columbo, after the city in which she met him. “You can see why I didn’t leave him on the sidewalk in Columbus,” she said. Eventually, Columbo received medical attention and it didn’t take long before Shaw had a Canine Freedom Transportation Van take him to Maine.

Since then, Shaw has opened a Facebook page called “The Adventures of Columbo,” detailing his life ever since being rescued. “The dog doesn’t have a mean or grumpy bone in his body,” she said. “And God knows he has every reason to.” 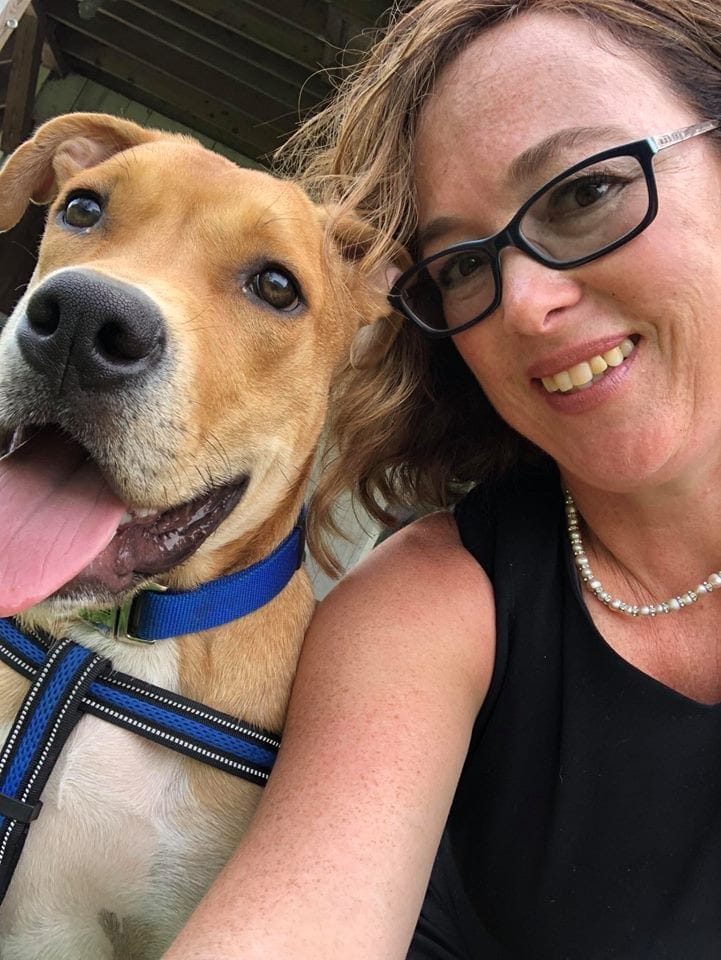 Nowadays, Columbo enjoys his time with Shaw’s family, as well as a farm full of horses. He is currently still healing, but life is very much looking on the up for Columbo.

This Teen Has Opened A Bakery To Help The Homeless

It’s heartwarming reading a story about someone who gives something for nothing. It’s not every day ...