Plenty of couples have been forced to change wedding plans this year because of the ongoing crisis. That’s not something that Tyler and Melanie Tapajna were going to let get them down, though. They managed to still tie the knot while also doing some good in the world – feeding the homeless at their reception. 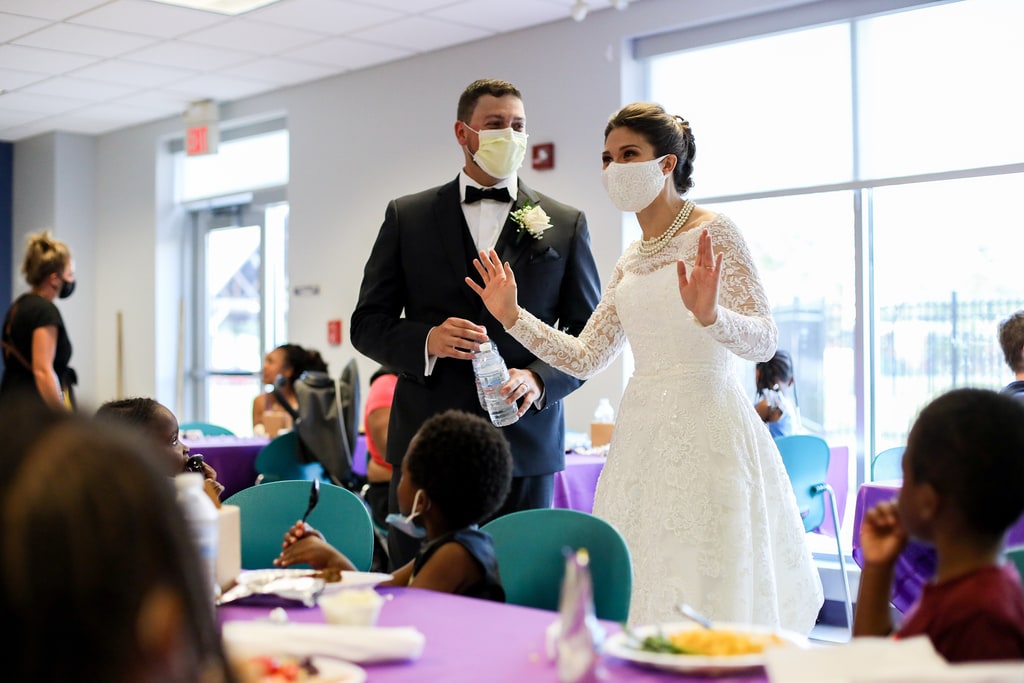 The couple was initially supposed to have 150 guests at their wedding. However, such a big ceremony simply wasn’t possible with everything going on in the world. So, they changed their plans and organized something more intimate for just their friends and family. A lot of plans needed to be altered to make this happen. After all, they’d already arranged for things like the catering before the crisis happened. However, rather than canceling 150-people’s worth of food, they opted to do something special with it. 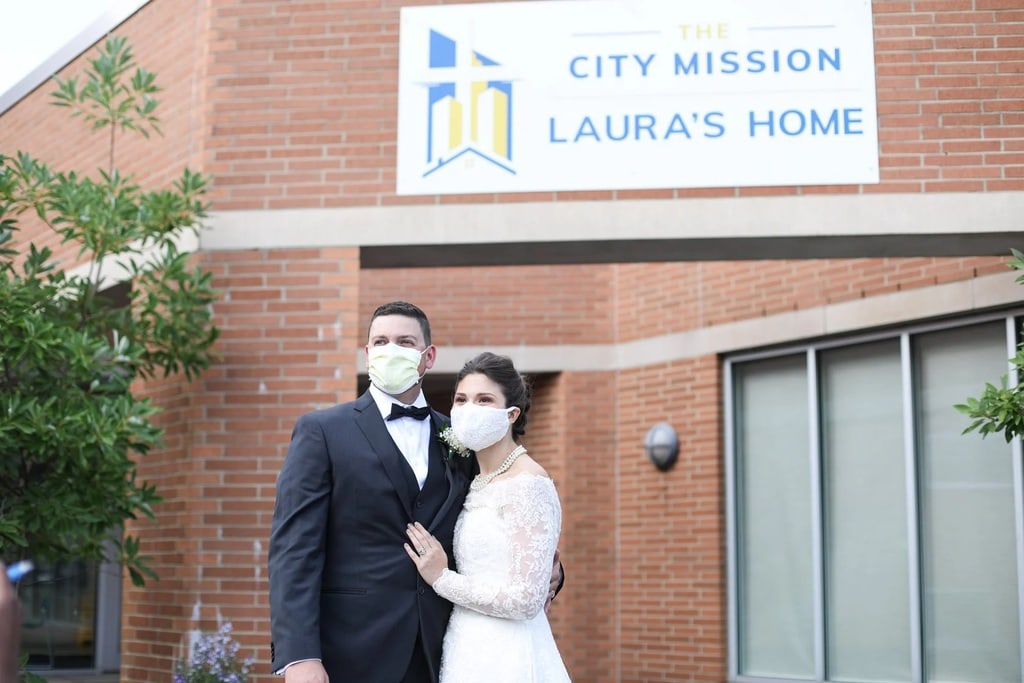 Tyler and Melanie decided that the food should go to people who needed it most – the homeless. So, they spoke with the nonprofit organization Laura’s Home about donating it to the women and children who they cater to. Their request was approved, and plans were swiftly put in place for everything to go ahead. The couple didn’t just want to give the food away and be done with it, though. They also wanted to serve it. 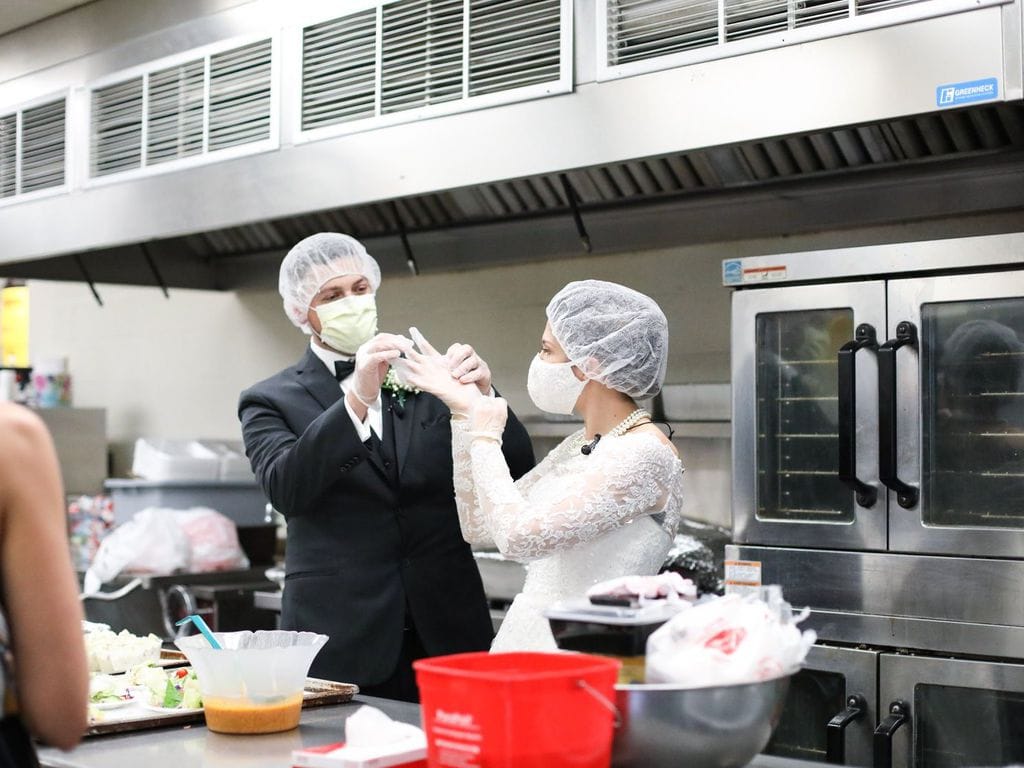 After tying the knot in their intimate ceremony, the Tapajnas then went straight to Laura’s Home, put on a hairnet and gloves, and got to work. They didn’t even change out of their outfits. It wasn’t the reception that the couple had planned, but in a way, it was better. They got to do some good in the world on what was the happiest day of their lives.

This crisis may have forced the Tapanjas to change their wedding plans, but in doing so, it ended up benefitting more people than they could have ever imagined.