How long would you keep your lips locked to a car if you could win a Kia Optima? Would your decision change if you knew the contest was going to be streamed live on Facebook? Well, it turns out that some people will go pretty far to win a car. Fortunately, we have gotten to see the results of the “Kiss a Kia” contest  because it was streamed live on Facebook. As expected, the outcome of this strange competition were hilarious and completely bizarre. 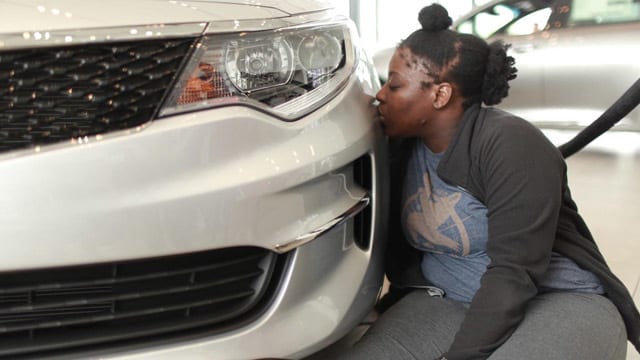 Nowadays, with Facebook Live, people love to engage in crazy shenanigans for attention and if a car is on the line, people will do almost anything. Austin radio station 96.7 KISS FM organized the outrageous contest which started out with 20 contestants on Monday morning. By Monday evening, five contestants bailed out leaving 15 committed contenders.

Hours passed and contestants kept their lips locked to various Kia Optimas stationed around a room. For the first four hours, the “Kiss a Kia” contest was live streamed on FOX 7 Austin’s Facebook page. The contest is still going on! We can see from the live stream that many contestants tried to get in comfortable positions while they smooched the cars. Some participants leaned on the outer body of the car while others rested on the sides. Some people even lied down underneath the vehicle to kiss the Kia above them. 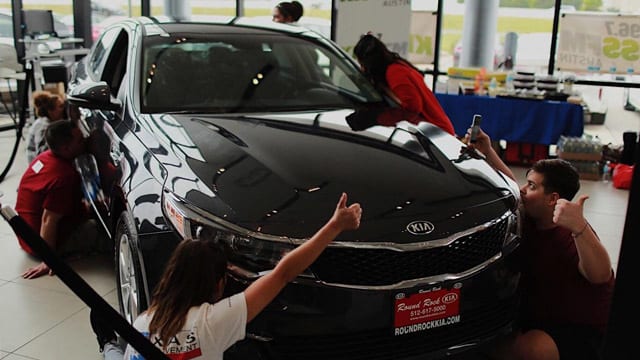 To pass the time, many contestants relied heavily on their phones for music and entertainment. Luckily, the contestants get a ten-minute break every hour. Throughout the competition, there can be “buyouts” where contestants can give up their chance to win the Kia by getting another prize instead. If there is more than one contestant at the end of 50 hours, there will be a random draw to pick the winner. You have to admit, that would be a pretty terrible was to lose your chance at the car. This isn’t the first “Kiss the Car” competition, but thanks to Facebook, this is the first one streamed live. In 2012, after 70 hours kissing a car, one contestant went home with a Chevrolet!

Canada has opened its doors to a massive influx of asylum-seekers from the United States. Olympic ...

If you're looking for new ways to celebrate Black History Month then look no further then Twitter's ...