Like many other pigs, this one was destined to die, but after a severe hurricane hit North Carolina, the persistent pig escaped death. Dubbed Flo, the pig, it kept swimming through the floodwaters of Hurricane Florence to safety. 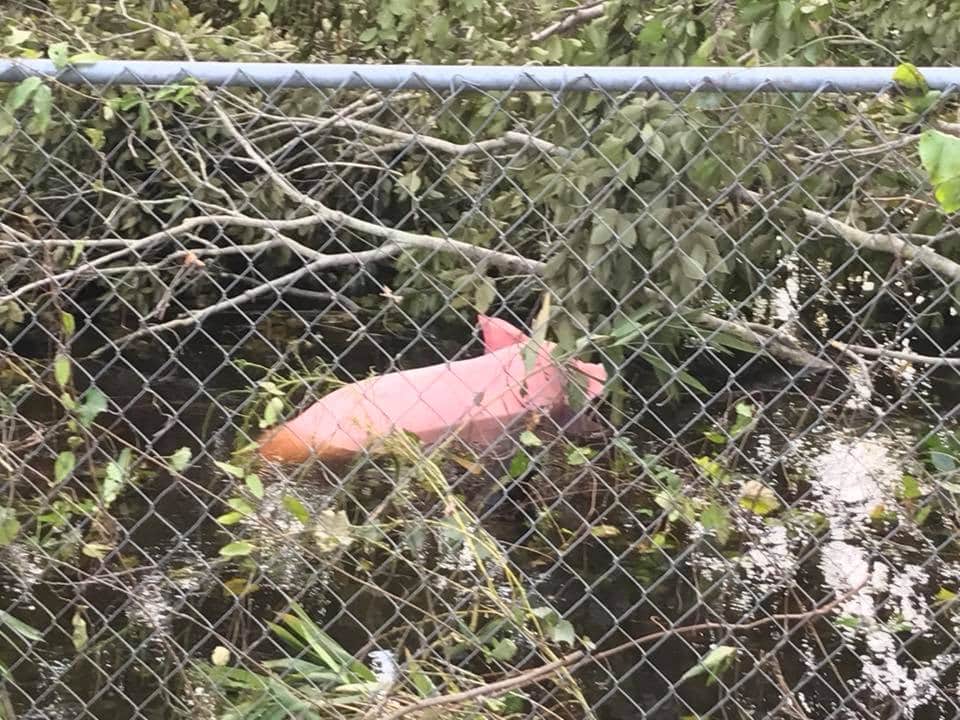 Days after the storm, Flo trotted up to a stranger who helped the wayward creature find refuge. This remarkable story features an unlikely friendship and a harrowing rescue that changed both of their lives.

Hurricane Florence was a historic storm that struck the East Coast in September 2018. Record amounts of rainfall descended on the area, and millions of dollars of damage were assessed in the aftermath. The floodwaters washed Flo away from a factory farm where he was likely to be slaughtered before he turned six months old.

The factory farm industry is also notorious for keeping its livestock in dark, inhumane quarters. Because they are raised for their meat, the well-being of these animals is not always taken into consideration. When the hurricane hit, many people were evacuated but the animals on these farms were left to fend for themselves. 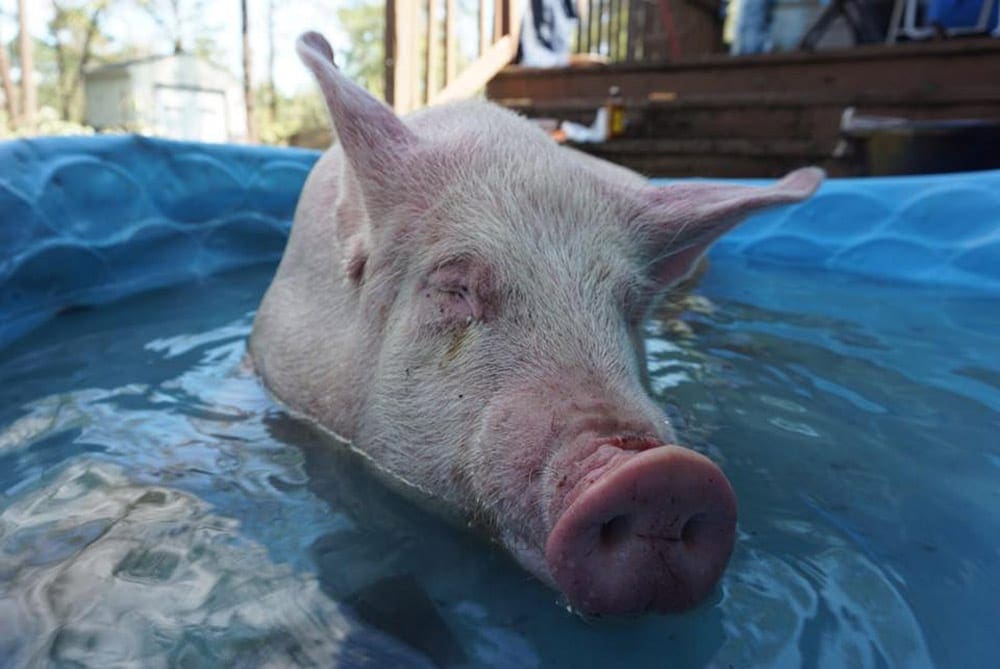 After he was rescued, Flo was taken to the Ziggy Refuge Farm Sanctuary. Flo and Josh Walls crossed paths at just the right time. While he was swimming for his life, the sun had severely burned his skin, and flood waters filled his lungs. Flo would need serious medical attention before the pig would be on the road to recovery. He was taken in for a medical procedure, and his new caretakers were afraid that he would not make it through the night. 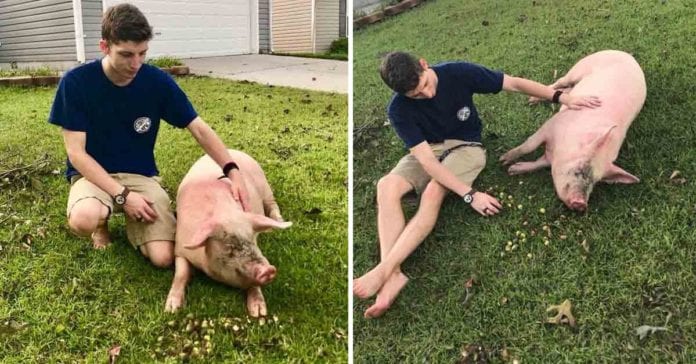 But Flo once again escaped death. He is now on a farm refuge sanctuary with other pigs who were able to leave their old lives behind. He is now able to live the rest of his days in safety. Josh Walls plans to regularly visit his four-legged friend, saying that they both “share a kindred connection” with each other.