Summer is here which means the summer heat is making itself known. California’s Santa Barbara County was hit with a major heat wave this weekend that caused wildfires to spring up in and around the area. 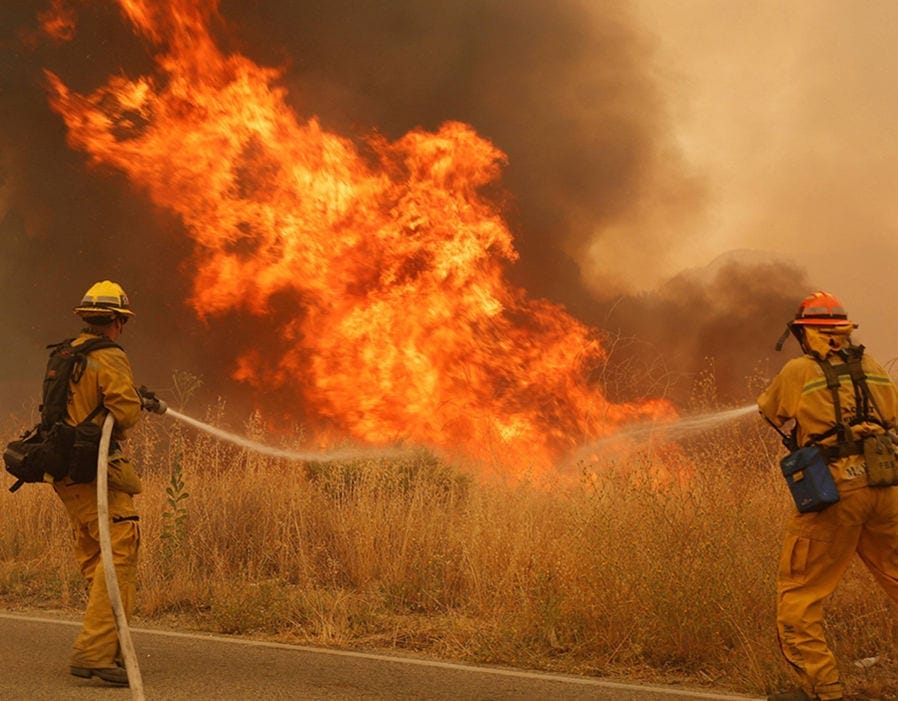 At one campsite, the Circle V Ranch Camp, campers were forced to find shelter together with fire personnel to avoid the blaze. 80 people, mostly children, eventually were evacuated from the camp and rejoined with their parents. The Santa Barbara County Fire Department also reported fires by two other camps which damaged some structures (probably cabins) and led to evacuations.

The Whittier Fire has encompassed 5,400 acres of the Los Padres National Forest with its blaze. Unlike many of California’s wildfires, the Whittier Fire started due to a vehicle fire which traveled across Highway 154. Firefighting professionals worry about the real possibility of expansion for the fire. The area has not had a real burn in 70 years, which, if temperatures remain high, could lead to a devastating continuance. 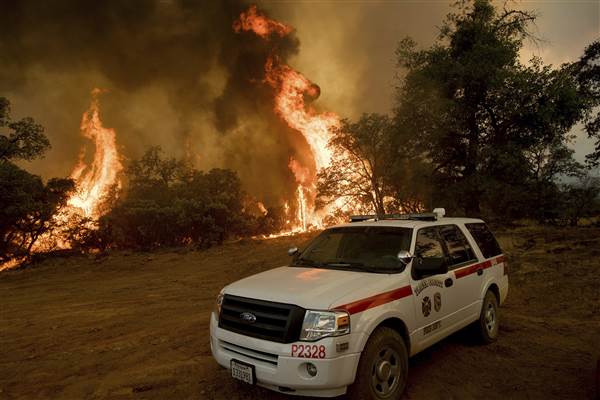 “It’s a big fire and very unpredictable right now with the weather conditions, the heat, the wind and we’ll keep our fingers crossed that the fire service will be able to contain this,” Santa Barbara County Sheriff Bill Brown said.

An even larger fire has terrorized San Luis Obispo County, a bit north of Santa Barbara. The Alamo Fire broke out Thursday afternoon and had expanded to 19,000 acres. 200 homes in the area have been ordered to evacuate. California’s Department of Forestry and Fire Protection believes that only 10 percent has been contained so far.

A bit north of the state’s capital, Sacramento, a fire broke out across 2700 acres. Unlike the other fires, the Wall Fire has had a few reported injuries. With only 20 percent contained, there is a long road ahead in the area. 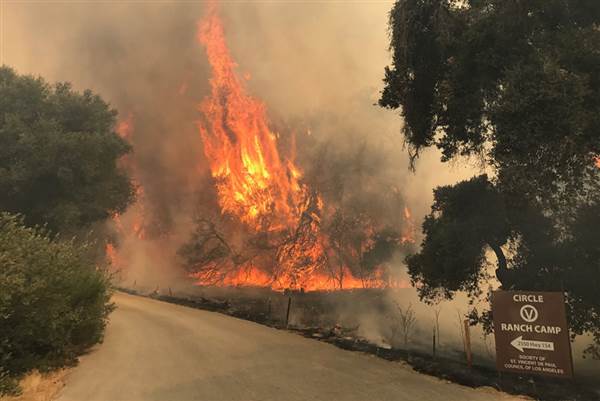