Stefano Boeri, the Italian architect, famous for his Bosco Verticale, a tree-clad skyscraper complex in Milan, unveiled plans to pioneer a similar project in the Chinese city of Nanjing.

The Chinese version of Boeri’s Bosco Verticale, or vertical forest, will be his first project in Asia. The project will consist of two neighboring towers that will be coated with 23 different species of trees and more than 2,500 kinds shrubs cascading down the sides of the buildings. The structures will be built with the capacity to house offices and will feature a 247-room luxury hotel, as well as a museum and even a green architecture school. The towers are currently under construction and are set for completion within the next year. 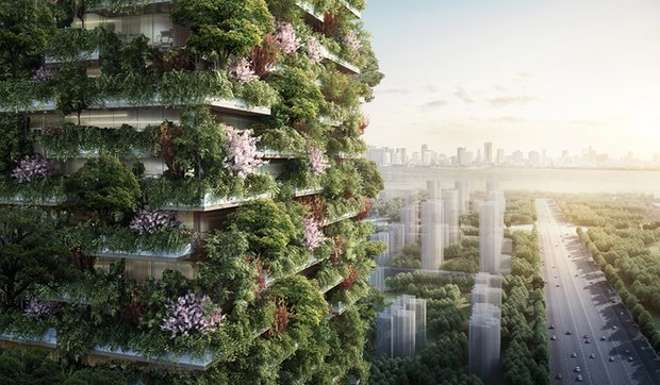 But two buildings aren’t enough for the ambitious Boeri as he now has even bolder plans for China to create “forest cities” in a country that has become known as a metropolis choking on toxic fumes and dust.

In an interview about his plans to ‘greenify’ the city and country Boeri said, “We have been asked to design an entire city where you don’t only have one tall building, but you have 100 or 200 buildings of different sizes, all with trees and plants on the facades.” Boeri continued, “We are working very seriously on designing all the different buildings. I think they will start to build at the end of this year. By 2020 we could imagine having the first forest city in China.” 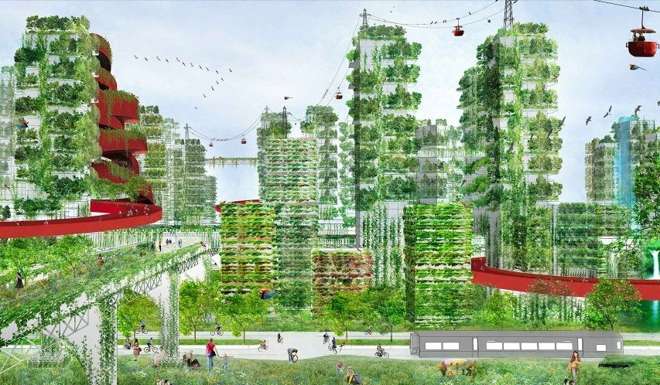 Although these towers will lend a huge hand in diminishing air pollution in China’s eastern city, Boeri has said, that it will take more than a pair of tree-covered skyscrapers to really solve China’s pollution crisis. This is why the Italian architect hopes to replicate his design in other parts of the country, as well as in other places around the world.

Borei mentioned that,“Two towers in a huge urban environment [such as Nanjing] is so, so small a contribution – but it is an example. We hope that this model of green architecture can be repeated and copied and replicated.”

As California has continued to be ravaged by more than two weeks of some of the most devastating ...

Last December, a couple from Philadelphia woke up on a frigid morning to find a strange and sad ...

Are you tired of the modern city? Do they seem antiquated? If so, Saudi Arabia is in the process of ...