Visiting Dún Aonghasa on Inis Mór in Galway, Ireland, this family had no idea one of its members would come face to face with their biggest fear – and handle it heroically, as well.

The man of the house spotted a cliff looking down approximately 330 feet and went along with his sudden urge to crawl towards its edge, knowing nothing awaits below but the crashing waves of the Atlantic ocean. 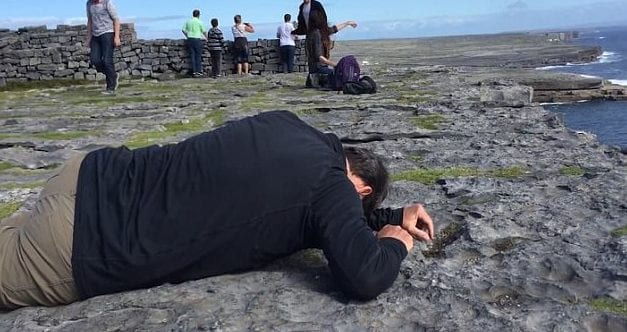 His daughter Alex filmed the entire thing and posted the video on YouTube. In the video, a female voice can be heard saying – “Above the Atlantic Ocean, on Inis Mor island, he made it across on the ferry. And for his final test…”

At that moment, her courageous father turned pale, as though he only just realized what he was doing. He tried to gather the strength and courage he had only moments before and looked over the edge. Evidently, that was a mistake. The minute the dad figured where he was heading and the ominous fate waiting for him in case he slipped, he let out a sharp scream. 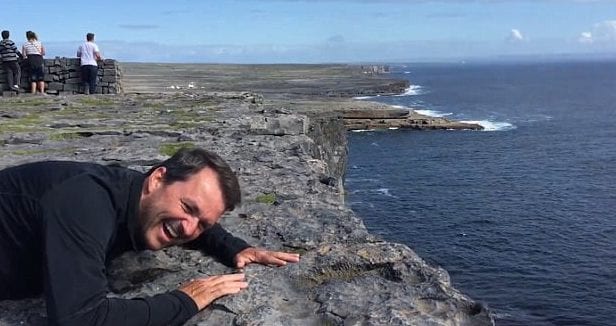 He seemed dizzy and uncertain about his next steps. On the one hand, the sturdy ground never felt more welcoming. But on the other, if he has made it this far, there was no way he was going to remember this eventful day as the day he almost faced his fears. The woman in the video can be heard cheering the man on, encouraging him to crawl a little closer to the edge.

Dún Aonghasa, although one of the most famous prehistoric and mesmerizing hill forts on the Aran Islands of County Galway, could be a serious threat to those who are not careful enough around its cliffs. But this man was not letting his fear of heights stand in the middle of him exploring mother nature in its finest. 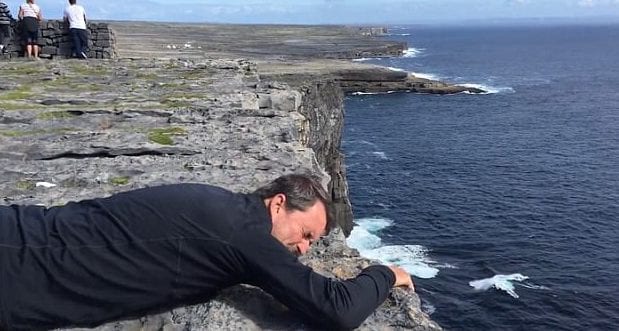 With one last drag, he reached out and pulled himself up to the edge, obviously not enjoying this stunt, but is filled with self-pride considering the tremendous personal achievement he just made.

Samsung released a new 360-degree camera on Monday that allows users to shoot spherical photos and ...