A video has been released that shows yet another person getting kicked off an airplane for an apparently ridiculous reason. This time, the airline in question is Delta. Kima Hamilton is a 39 year old man who was traveling from Atlanta to Milwaukee aboard Delta flight 2035 on April 18. 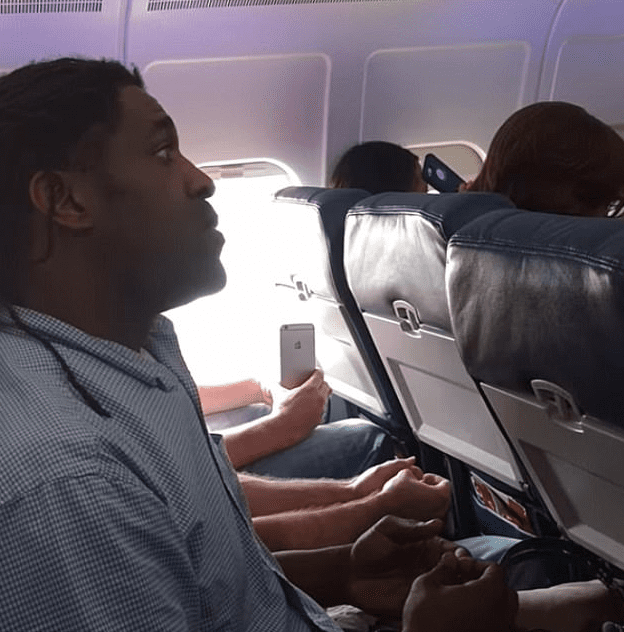 The plane was getting ready for takeoff when, unfortunately, it was delayed by approximately 30 minutes. During this delay time, Kima had the urge to use the restroom. When he began to feel more pressure building, he decided to get up and head to the back of the place to ask a flight attendant if he could quickly use the restroom. The flight attendant gave him a quick ‘no’. He explained that the reason is because they would lose their place in line for takeoff if he does use the restroom. Kima returned to his seat and attempted to hold it a little longer until he was permitted to use the bathroom after takeoff. Unfortunately, he just couldn’t hold it any longer and was about to have an emergency. He quickly went to the bathroom and was back at his seat in no time.

Right after he sat back down, an announcement was made that the place now has to return to the gate so that they could remove a passenger. An official came to talk to Hamilton who explained his side of things. However, the official insisted but could not convince Hamilton to leave with him.Another official was called and he again explained the situation again. However, this time he spent a little more time discussing with the official before he understood that nothing was going to happen until he left the airplane. 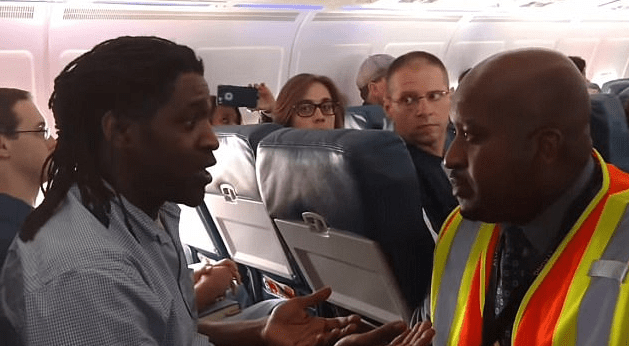 Nearby passengers were astounded at the treatment of Kima who is a paying customer. He was forced to rebook and purchase a completely new ticket. All other passengers on the plane were in support of Kima as well. Even when he apologize to other passengers for the extra delay, they had his back and told him he did nothing wrong.

Of course, this is absolutely true. What was he to do in such a situation. Hopefully, something good can come out of the horrific videos we have seen recently with regard to how passengers are treated on airlines.

Check out the video below:

With millions of people across the globe staying inside their houses and apartments during the ...

Plenty of people say they would put their life on the line to save someone they care about, but ...