Temperatures reached unprecedented highs in two Middle Eastern countries not long ago, breaking the current records and startling meteorologists.  The temperature in Mitribah Kuwait, a city that borders the Persian Gulf,  jumped to a scorching 129.2 degrees Fahrenheit ( 54 Celsius). Only a day later, Basra, Iraq reached the incredible temperature of 129.0 degrees Fahrenheit ( 53.9 Celsius). It’s not abnormal for desert climes to reach high summer temperatures that to the average person might sound impossible to survive, but these two locations are unique. According to the meteorologist and weather historian who broke the news, Jeff Masters and Christopher Burt respectively, these two temperatures are among the hottest ever recorded in the eastern hemisphere. 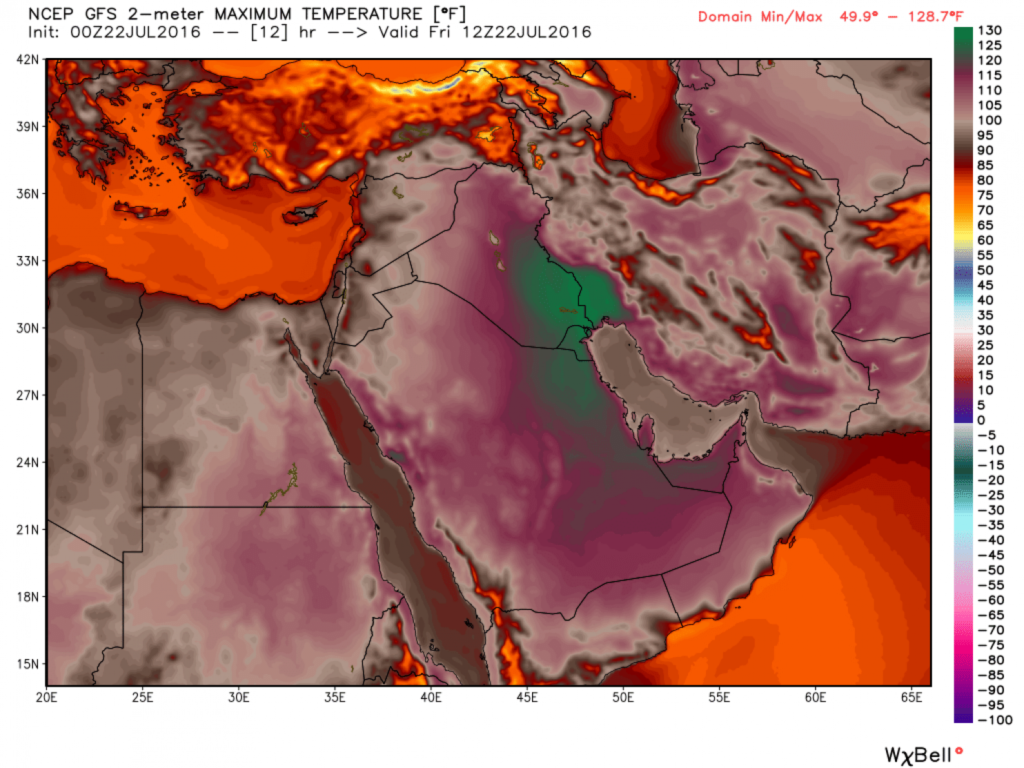 Until this anomaly, the hottest place in the world had been registered as Death Valley California at a whopping 134.1 degrees ( 56.7 Celsius) in July of 1913. Death Valley took the prize after the World Meteorological Organization disqualified the previous record holder. Ninety years previously, the record had been set by El Azizia, Libya for the hottest place on Earth with a measure of 58 degrees Celsius. According to a report from Weather Underground, however, that record has been scrutinized for its validity. Christopher Burt was quoted in their publication as saying, “The record has been scrutinized perhaps more than any other in the United States,” Burt wrote. “I don’t have much more to add to the debate aside from my belief it is most likely not a valid reading when one looks at all the evidence.”

Regardless of whether or not you think the current record might not be totally accurate, there is no denying that those temperature readings are unbelievable! While previously high temperatures like those seen in Basra and Mitribah have occurred in the arid, landlocked locales of the middle east, this level of oppressive heat is off the charts. The weather index, developed in 1979 by R.G. Steadman was only ever intended to calculate temperatures up to 136 degrees pushing these two cities near the limit of measurable heat.

An increase in temperatures in the Middle East over the last few years may be a sign of things to come. The journal of Nature Climate Change issued a warning that by the end of the century, due to unprecedented climate change, temperatures might potentially become too hot for human survival. What’s the reason for this rise in temperature you ask? Human interaction and pollution. If we didn’t need a reason to change our ways, the frightening increase of global temperatures might be it!

The Department of Defense has been hosting the Warrior Games since 2010. These unique games give ...

A woman from Texas made her son wear a T-shirt to school that said, "I am a bully." Identified only ...