How many times have you pulled up to a McDonalds, desperately craving some delicious soft-serve vanilla ice cream only to be told that the ice cream machine is not working? Well, guess what? You are not the only one who has had this dreadful experience, and Mickey-D’s is finally taking notice. A recent report from The Wall Street Journal shared some great news.

“McDonald’s Corp. is getting new ice cream machines after customers complained the old ones were offline too often. McDonald’s says the new machines have fewer parts and are easier to maintain. A spokeswoman for the fast-food giant said the machines will be rolled out in restaurants in the U.S. and Europe.” 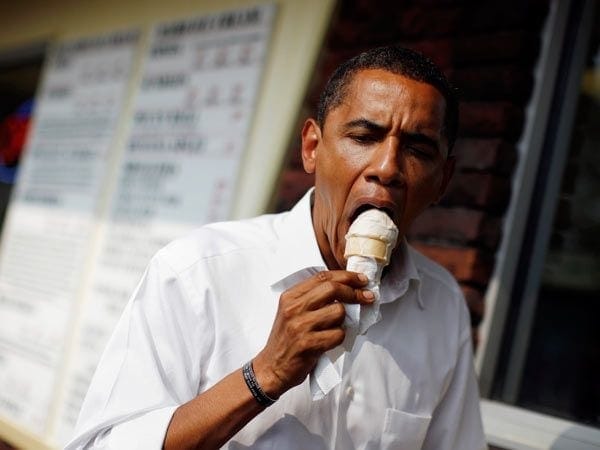 In another report, The Wall Street Journal detailed that the problem with McDonald’s service was so widespread that it “spawned an avalanche of social media complaints in the U.S. and abroad–and conspiracy theories.” One social media sensation Caitlin Davidson took to Facebook to complain about the soft-serve dilemma. Because so many people could relate to Davidson’s hilarious ice cream meltdown, the video ended up going completely viral. Take a look below at the rant that garnered millions of views and more than 5000 comments.

But what in the world was wrong with the machines in the first place, and why did it take so long for the Golden Arches to fix the problem?

The Wall Street Journal shed some light on the issue and explained that to keep the machines clean and clear of bacteria, procedure mandates that soft-serve machines go through “a nightly automated heat cleaning cycle of up to four hours.” Getting the machines ready for that cleaning is “an 11-step process that involves combining a sanitizing mix with warm water, removing and rinsing seven parts, brushing clean two fixed parts for 60 seconds, and wiping down the machine with a sanitized towel, according to the manufacturer’s operating manual online.”

One McDonald’s shift manager explained further, “If someone ordered an ice cream while employees were in the process of cleaning the machines, [the employees] often just said it was down rather than reassembling it.” Because McDonald is now open 24/7,  it is very difficult to find the time to start the cleaning process without frustrating customers.

Luckily, these new machines will make customers very happy. McDonald’s soft-serve will be back in business soon!

Sometimes it is hard to combat our sweet tooth, which is just longing for that one last sugary ...

Compassion is a core virtue, and Dr. Stewart Kwane has plenty of it. Following the ...