The Chinese Authorities released a propaganda film last week that showed the first footage of China’s nuclear submarines. According to intelligence sources, the submarines are thought to be the Type 092 model. These submarines are notable in that they are entirely designed and built by China.

In the propaganda film, there is displays of the soldiers conducting several different drills as well as live ballistic missile launches. Analysts believe that the missiles being launched are the Julang-1 ballistic missiles, of which this type of submarine can carry 12. Each missile has a range of 1,242 miles. In addition, there is a sequence featuring a small fleet of the submarines and ships at sea while naval soldiers wield their automatic rifles.

The Type 092 was developed in the 1970s and cost China 11 years and almost £34 million. This was right in the middle of the period of time in which the Cultural Revolution was taking place. The fleet of China’s first homemade submarines is thought to be based in China’s eastern Shandong Province.

The submarine is nicknamed the Xia after the first dynasty in Chinese history. As far as specifications are concerned, the submarine is 393 feet long and 33 feet wide. Its maximum depth is a 984 feet and, at that depth, the submarine displaces approximately 7,000 tons of water.

In January of this year, the world got its first look at the latest variant of China’s stealth submarine: the Type 094A. This submarine is based on the island of Hainan and features new aerodynamic improvements the give it better performance underwater. 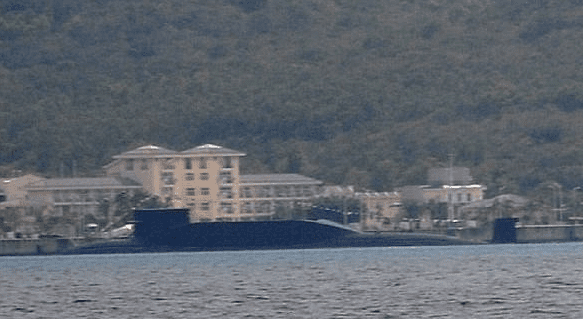 Check out the video here:

There have been many people affected by the housing crisis nationwide, and Beyonce is stepping up ...