San Diego middle school teacher, Shane Parmely, was driving through a checkpoint in New Mexico with her family when they were stopped by Border Patrol who proceeded to ask a couple of questions. One of the first questions the officer asked was whether she was a U.S. citizen.

After being taken aback by the question, Parmely said “Are we crossing a border? I’ve never been asked if I’m a citizen before when I’m traveling down the road.” The officer then replied, “You are required to answer an immigration question you are not required to answer any other questions.” A back and forth the presumed with Parmely asserting she didn’t need to answer. 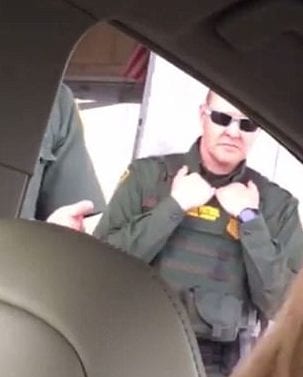 The incident was caught on camera with one of the children filming from the back seat. At this point, the officers then informed the teacher they were detaining her as he presented a card containing immigration law policies and the Supreme Court case United States vs. Martinez-Fuerte.

As it turns out in 1967, it was ruled that US Border Patrol were granted permission to set up checkpoints within 100 miles of the Mexican border. These checkpoints were exempt from violating the Fourth Amendment and went ahead. Moreover, the American Civil Liberties Union of Arizona states that “Border Patrol may stop vehicles at certain checkpoints to (1) ask a few, limited questions to verify citizenship of the vehicles’ occupants and (2) visually inspect the exterior of a vehicle.”

It continues “Even though you always have the right to remain silent, if you don’t answer questions to establish your citizenship, officials may detain you longer in order to verify your immigration status.” 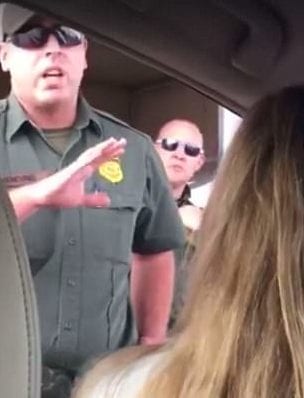 In Parmely’s case, she believed she was being singled out due to her race. After asking the officers that if she were to confirm her citizenship, would she be allowed through? The officers replied claiming that if they felt her admission was justified then she would. Parmely pushed them and said So if I have an accent, and I’m brown, can I just say, “Yes,” and go ahead or do I have to prove it? I have a bunch of teacher friends who are sick of their kids being discriminated against.”

Parmely and her family were then detained for over an hour at which time she was given further questioning. After this time, she was released together with her family, and they went on their way. After posting the whole video on Facebook, she was given reactions of both reprimanding and praise with some people saying she impeded the officer’s from doing their jobs while others commended her for standing up for herself. 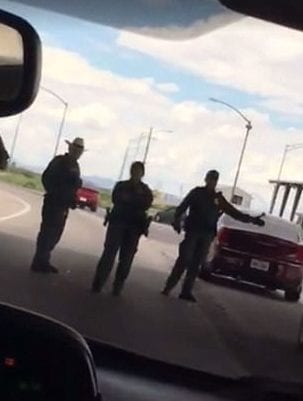 In response to the video, Border Patrol spokesperson, Mark Endicott, gave a statement justifying the officer’s actions, saying “if an occupant refuses to answer an agent’s questions, the agent may detain the driver for a reasonable amount of time until he or she can make a determination regarding the occupant’s immigration status.”

Things are starting to heat up off the of the Korean Peninsula as growing US presence is being ...