It’s always such a neat coincidence when you meet someone who shares the same birthday as you! But, these two people had the most fantastic story about their shared birthday. Anthony and Jamie first met online on a dating website, and their connection was instant. When they were emailing each other before they met, Jamie noticed that there was something that resonated with her in his email address.

She saw the numbers ‘11493’ popping up in contact addresses with Anthony. She put the pieces together and realized that they shared the same birthday. Jamie asked Anthony if her theory was correct and indeed she was!

Their bond continued to form, and they soon realized that they not only shared the same birthday but lived in the same area too. The two were keen to find out what else they potentially had in common – maybe this would be a situation where opposites do not attract! They began to learn more about each other and more about their families. Their next revelation was shocking to them both but incredibly exciting too. They had both been born at the same hospital, and not only that, but they had also shared a maternity ward together! Anthony and Jamie had been born just seven hours apart on the January 14, 1994. 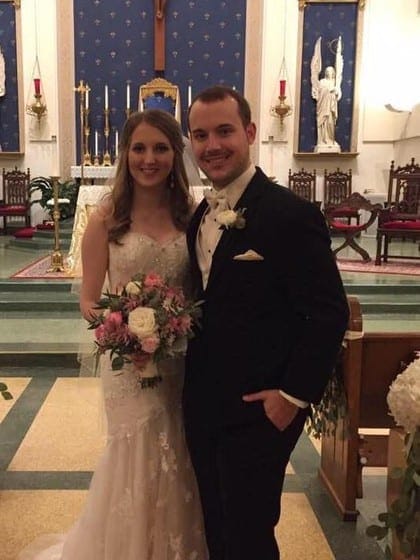 They then became a couple soon after and realized they had other cool similarities such as both being left-handed and had similar birth weights! They were clearly destined to be together since they had technically known each other when they were born, and fate seemed to bring them back together again when it was the right time in their lives. The pair decided to make their bond even stronger, and they are now married, 25 years after being born in the very same hospital on the same day!

Bioterrorism a real threat and not to be taken lightly. According to computer genius and business ...