With millions of people across the globe staying inside their houses and apartments during the Covid-19 lockdown, it’s easy to forget that there are vulnerable people out there who don’t have internet access, streaming sites, books, and access to other forms of entertainment. Thankfully, though, it seems as though there are a whole load of good-willed people out there who are willing to help those individuals. 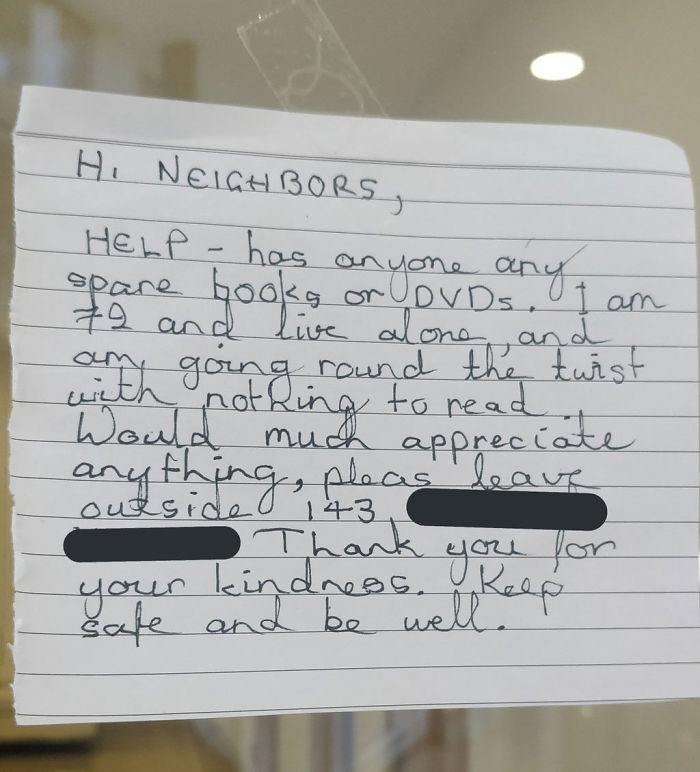 If you’re staying home in light of the current situation, there’s a high chance that you’re binge-watching a new series on Netflix, you’re playing video games on your various consoles, or you’re catching up with the latest read on your Kindle. However, for some people out there, these forms of entertainment aren’t an option – because they don’t have them available. This is often the case for elderly people.

When one 72-year-old found herself “going round the twist” because she lives alone and does not have any books or DVDs to her name, she decided to ask her neighbors if they had any to spare. She wrote a note and put it in the lobby, and she just hoped that at least one person would provide her with something that would keep her busy. In the end, she was inundated with kindness. 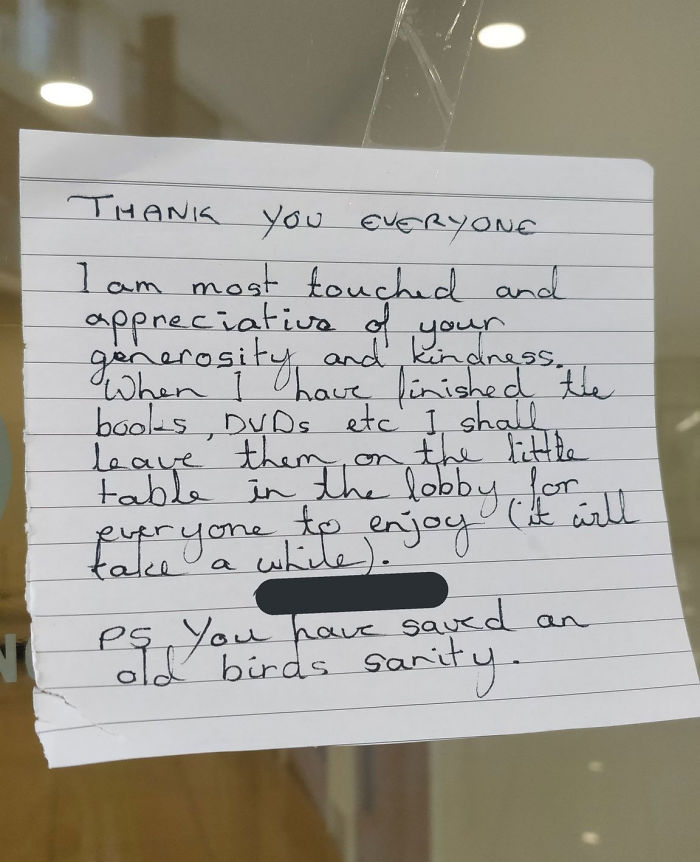 In fact, the elderly woman was so touched by the number of DVDs and books that were left on her doorstep that she couldn’t help but write another note in response. She noted that it would take her a long time to get through all of the items, but that she would leave them out when she had finished with them so that others in her building could make use of them. In her words, they “saved an old bird’s sanity.”

It’s amazing to see communities coming together during such a difficult time of our lives, isn’t it?

Trey Payne is a teacher at Logan Fontenelle Middle School in Bellevue, Nebraska. He loves ...

Senior Surprised With New Walker After Dialing The Wrong Number

Growing old usually means providing oneself with a lot of new tools they aren't used to using or ...

Ivanka Trump Hits Out At The Media Backlash Against The President