In light of everything going on in the world at the moment, it’s easy to assume that news stories are full of doom and gloom. After all, people have lost their jobs, vacations have been canceled, and weddings have had to be postponed. However, we’re here to tell you that there is still some good in this world – and this delivery driver is a prime example of that. 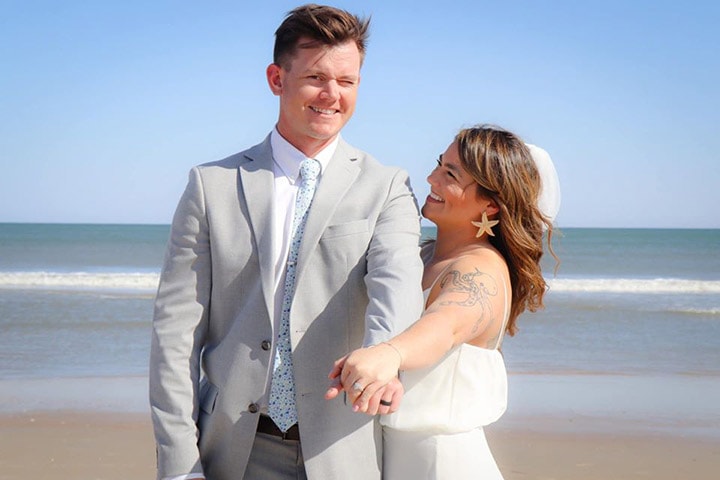 Many couples spend months or even years planning the perfect wedding, and this was no different for Dylan Perkins and Savannah Kulenic. However, they were forced to cancel their big day – due to take place on the beach in Hawaii – due to the ongoing coronavirus pandemic. While their trip to Hawaii was no more, the couple knew that they still wanted to get hitched. So, they organized an intimate wedding on the beaches of North Carolina instead.

While organizing a small set up on the beach was fairly easy, Dylan and Savannah found themselves dealing with a small snag when the company making the grooms’ wedding ring temporarily stopped trading. Thankfully, they opened back up again just in time for their nuptials, but they once again hit another snag. Although the couple were due to get married at 3pm, the ring was not due to be delivered until 4:30pm. 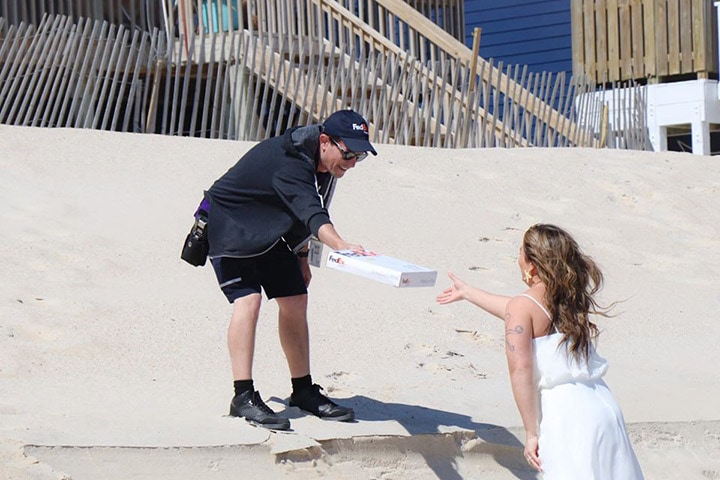 Because the couple would be at the beach when the ring was due to be delivered, they left a note on their front door asking – and hoping – that the FedEx driver would take it to their destination. Amazingly, just as they were beginning the ceremony, their guests soon saw the delivery driver making his way down the sand dunes with their ring in tow. He truly saved the day.

Although the FedEx man could have just left the ring, he decided to do something wonderful instead – and that’s something to be proud of.

A Lock Of George Washington’s Hair May Have Been Discovered

Union College, located in Schenectady, New York is claiming that they've uncovered a piece of ...

Lisa Nagengast landed safely in Tampa, Florida, on Saturday evening, but by the time she got out of ...

Wherever Air Force One Is In The World, An E-4B Doomsday Plane Isn’t Far Away

Since the 1970's E-4B 'Nightwatch' planes have been in operation following Air Force One when the ...