A dark figure was spotted in the sky a couple days ago, causing watchers to turn their heads upward. The strange shadowy mass oddly resembled the silhouette of a Harry Potter dementor. The human-like figure appeared to be wearing a long robe-like outfit while floating high in the clouds. Passersby took photos of the shocking scene. 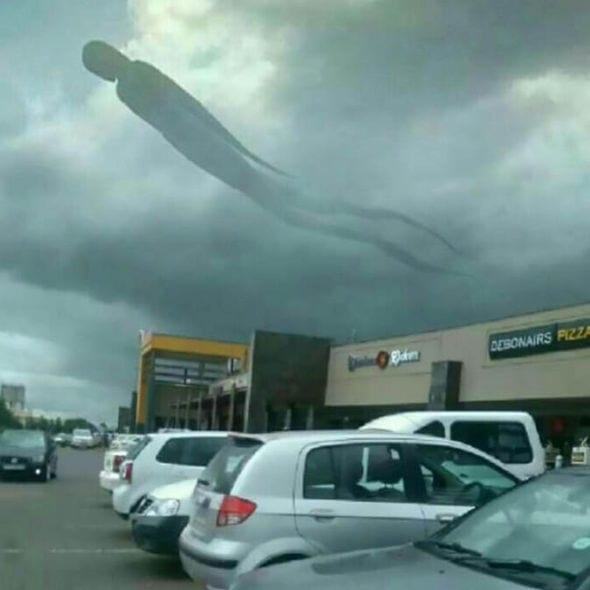 According to Express, the “dementors” showed up at the Mukuba Mall shopping center in the city of Kitwe in north-central Zambia. The apparition looked to be more than 100 meters long by the way it towers over the many cars in the parking lot where the picture was taken. It was reported in the Zambian news that eyewitnesses saw the figure floating in the sky for half and hour.

J.K.Rowling writes about the famous creature in The Prisoner of Azkaban when Harry Potter first sees one on the Hogwarts Express. She describes, “Dementors are among the foulest creatures that walk this earth. They infest the darkest, filthiest places, they glory in decay and despair, they drain peace, hope, and happiness out of the air around them.” 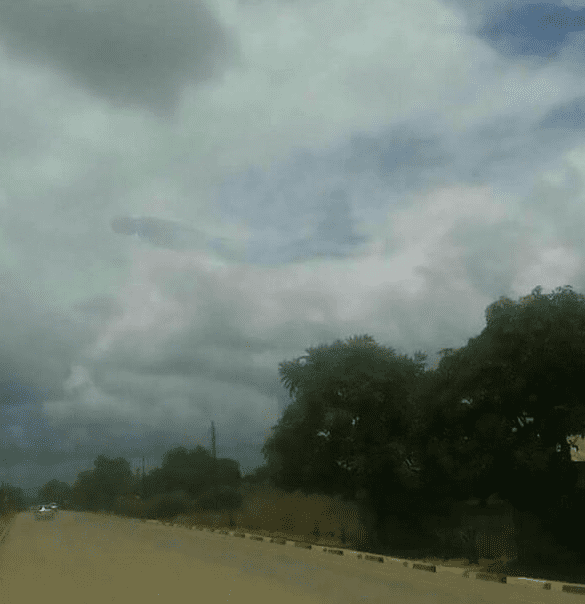 Twitter followers had a hay-day with the photos of the oddly shaped figure. One user that goes by InqPOP! joked, “Just when you thought muggles can’t see magical creatures, a “Dementor” was spotted up in the clouds at Zambia!” 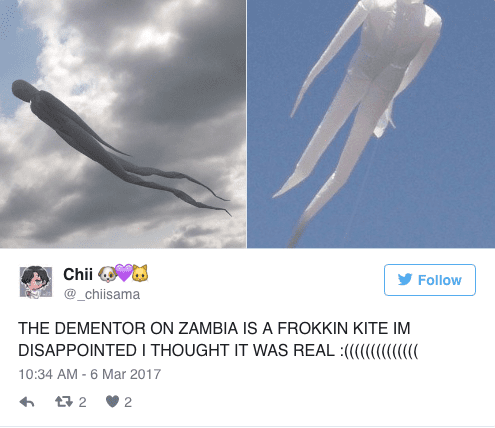 U.S. Army veteran Charlie Patrick found himself at a loss for words after receiving a mortgage-free ...

The London Marathon is one of the biggest running races all around the world. While many train for ...

This Cafeteria Worker Was Fired For Giving A Student Free Food, But Then A Famous Chef Offered Her A New Job

We live in a world where everything comes with a price. Whether that means the food you buy in the ...