Peter Dutton was just a normal young man living in Texas. The founder of Soul Popped Popcorn, a gourmet popcorn company that sells many different soul food-inspired flavors of popcorn, was doing well for himself. However, one day earlier this year, he started receiving nasty messages via Twitter. The Austin native couldn’t understand why.

Meanwhile, 9,000 miles away in Australia, the Parliament was choosing a new Prime Minister. One of the candidates for the office of Prime Minister just so happened to also be named Peter Dutton.

As with any political race, people took to social media to support their favored nominee and attack the candidates who they disliked. Throughout the entire ordeal, the American Peter Dutton took the constant stream of criticism on Twitter with a grain of salt. He Tweeted “I wish the people of Australia would look at my profile and realize I’m a 30-yr-old black man before sending me tweets and DMs.” 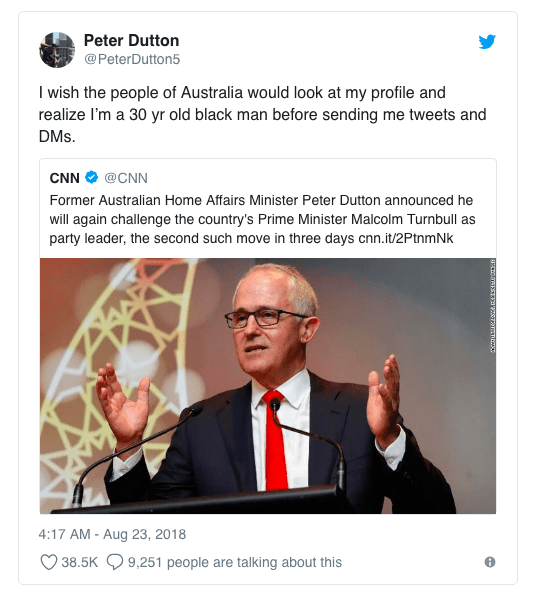 Eventually, the people Down Under caught wind of the situation and saw how polite and good-natured his reactions to the cruel comments and messages were. Aussies began to show his social media account some major love, and even began supporting his popcorn business. They collectively nominated the Texan as the “People’s Prime Minister of Australia.”

The American Dutton was honored and graciously accepted the title, and his wife has even been called the “First Lady.” “The support you’ve shown our growing popcorn business, calling my wife the First Lady…is something I’ll cherish forever,” replied Dutton. 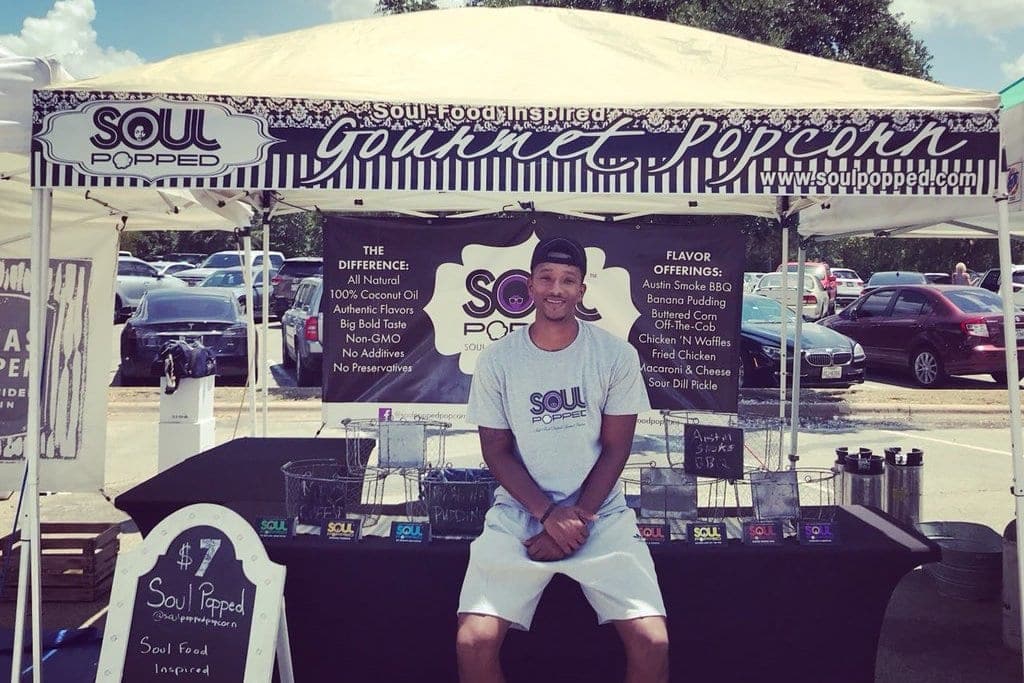 Despite being across the world and never having met him, Aussies invited Dutton to visit and offered to host him and provide him with bottomless beer. His Twitter followers even opened a GoFundMe page to raise money for the plane tickets.

Now, Peter Dutton and his wife are packing up tons of popcorn to bring on their trip to Australia, where they are planning meet-ups with fans.  “We can have a big Soul Popped Popcorn party, take some pictures, and [you can] show me around your beautiful country…”

For the last 14 years, thanks to an initiative supported by both the public and private ...

Pop superstar and half of the musical duo Wham! George Michael has died at age 53. He died at his ...