When most dogs are faced with any sort of grooming, they tend to shy away, whether it be brushing their fur, getting a bath, clipping their nails, or having their teeth brushed. Rhea, however, is a different sort of pup. The eight month old Pomsky, which is a cross between a husky and a Pomeranian, loves to hop her paws onto the edge of the sink and have her teeth brushed by her owner.

Rhea got into the habit when she would watch as Alexa Schmidtlein, her owner, would get ready for bed each night by brushing her own teeth. “Rhea enjoys being a part of our daily and night routines. Each night she would be in the bathroom while we would brush our teeth,” the Topeka, Kansas resident shared. 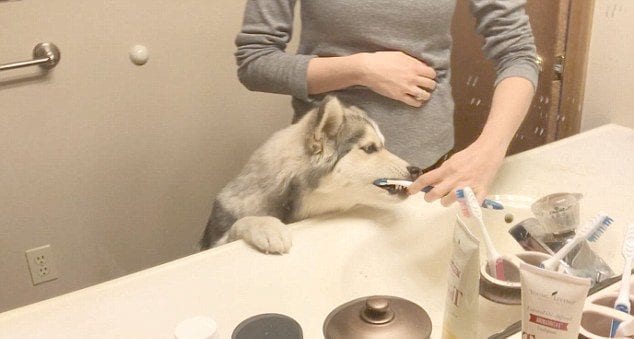 Schmidtlein is no stranger to raising pups, as Rhea is far from her first Pomsky, so she knows just how out of the ordinary this eagerness is. Dogs generally tend to try to pull away the minute you try to stick the brush in their mouth, often requiring an extra hand in order to actually complete the task of brushing. 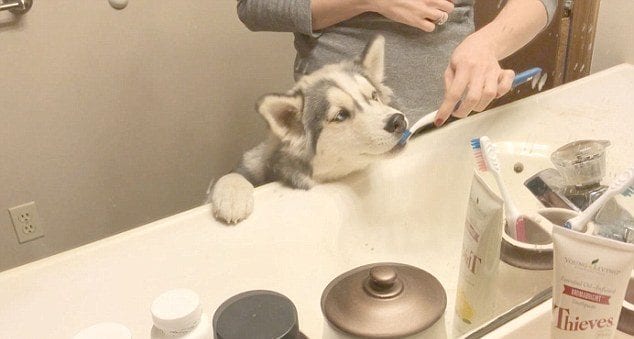 “We have several dogs and none of them look forward to it at all. I’m lucky if they even cooperate at all, but Rhea actually looks forward to it every night,” she said.  Rhea takes her grooming routine one step further, by even having a preferred brand of toothpaste. Schmidtlein didn’t comment as to whether or not the pup refuses other toothpastes, but did share that she prefers Young Living Thieves toothpaste.

Polygraph Test Is A Thing Of The Past: Brain Scans More Effective In Illuminating Lies

Your hands are sweating and your heart is racing. You look around, trying to avoid eye contact. ...

Genetically Modified Bacteria Can Eat Through Plastic and Save The Environment

That plastic water bottle might be convenient to take to the gym, but its lasting effect on the ...