Ever tried holding a sleeping baby and filling out paperwork at the same time? Well, it’s not as easy as you think and mother, Jade West, can definitely vouch for that. As a single mom, West was very used to doing things on her own, but when attempting to fill out paperwork in the doctor’s office while holding a 1-year-old baby proved difficult, she receieved help from a kind stranger. 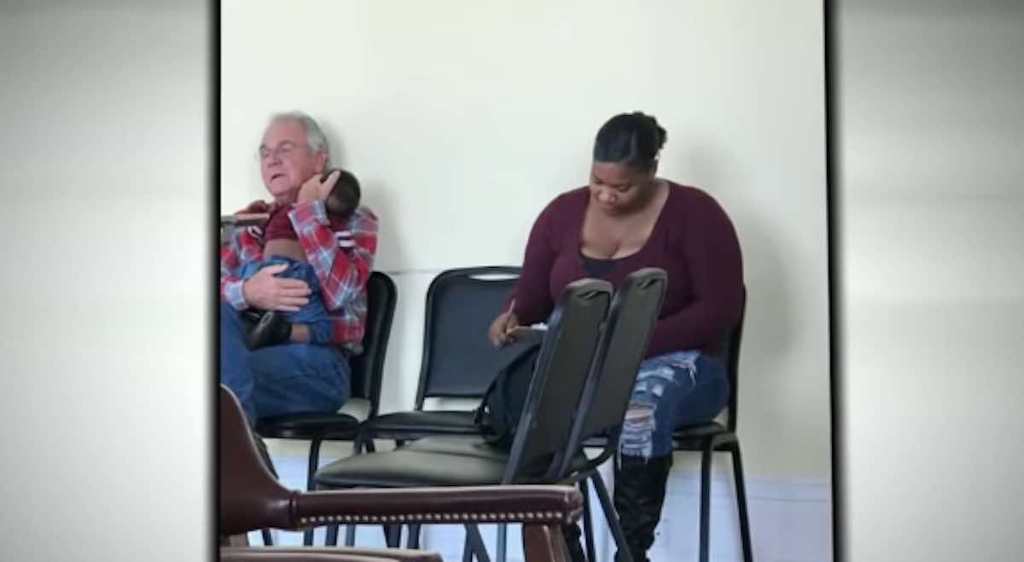 Natasha Crittenden Wilson had been sitting in the waiting room of a doctor’s office in Florence, Alabama when she saw Jade walk in with her baby sleeping on her shoulder. The lady at the front desk handed West a clipboard with the paperwork, leaving her looking quite puzzled about how to fill it out with the boy in hand. Wilson told Inside Edition, “She goes to sit down, and you could just hear thinking, ‘Now how am I going to do this?’”

She then witnessed an elderly man in the corner of the room pipe up asking “Could I hold that baby for you?” To West’s delight, she passed over her sleeping son and replied, “Yes, that would be amazing.” While West filled out the paperwork, the man, who was later identified as Joe Hale, carefully and quite contently cradled the tiny baby. 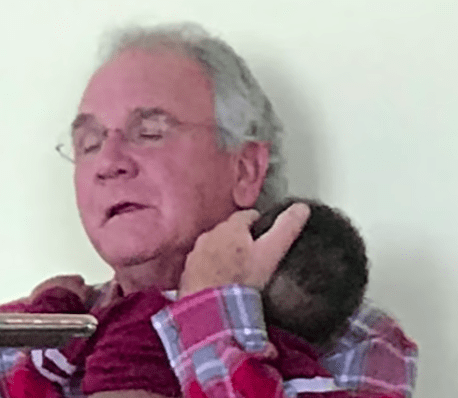 Wilson was warmed by the exchange and took the opportunity to take a picture on her phone of the man holding the baby. She posted it to Facebook and the picture went viral, shared over half a million times, touching hearts all over the world. Hale was praised across the web for his kindness towards the single mother.

The bystander was particularly touched as she herself is the mother of seven biracial children. “Racism is still VERY real in our society today BUT THIS MAN GAVE ME HOPE and a sweet memory I’ll never forget!!” wrote Wilson. Although West and Hale do not have social media, fortunately, their family members called to tell them the news. 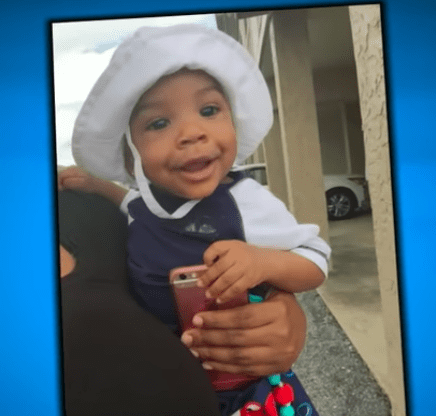 3-year-old Isla has a bright future in investigative journalism ahead of her and we will tell you ...

Climate Change Update: 2016 Shapes Up As Likely Warmest Year Since 1880