An antique letter was recently sold to a collector that was written by Ghandi himself. At a price tag of $50,000, the letter has a unique revelation of what Ghandi truly believed about the Christian religion. The buyer purchased the letter from the Pennsylvania based Raab Collection, which deals in antique documents.

Mohandas Ghandi was one of the most famous leaders of the Indian independence movement that took place over 70 years ago. The letter was a piece of correspondence between Ghandi and an American religious leader, regarding Ghandi’s opinion of Christianity. 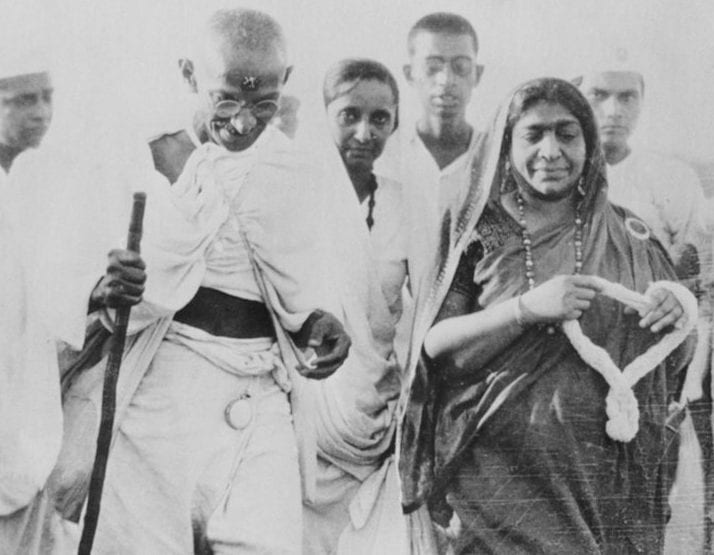 The first letter was written in 1926 by the pastor, Milton Newberry Frantz, who had recently published an article about about his religion, which he wanted Ghandi to read. Though Ghandi was raised in a Hindu family, he had always taken an interest in various world religions, which included reading teachings about Christianity, Islam, and the more local Jainism.

It is from the Jain religion that inspired Ghandi’s adherence to the creed of nonviolence. When Ghandi responded to Frantz’s first letter, he was already heeded as an important figure in the struggle to throw off the yoke of British rule. 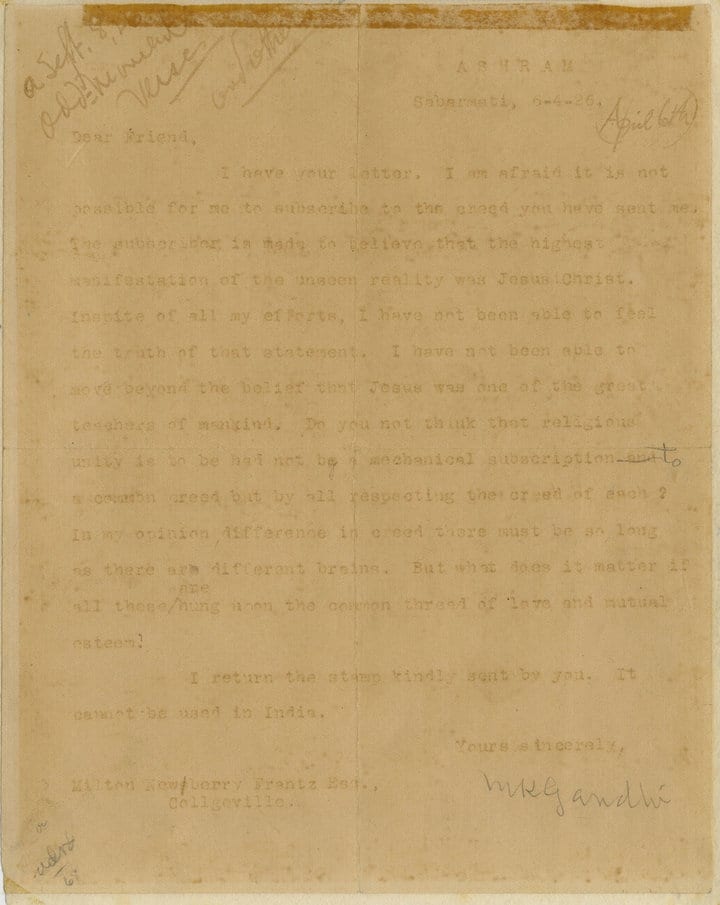 He wrote, “Dear Friend, I have your letter. I am afraid it is not possible for me to subscribe to the creed you have sent me. The subscriber is made to believe that the highest manifestation of the unseen reality was Jesus Christ. In spite of all my efforts, I have not been able to feel the truth of that statement. I have not been able to move beyond the belief that Jesus was one of the great teachers of mankind.”

Ghandi continued his thoughts by suggesting that there wasn’t one true religion, and rather each individual’s beliefs should be respected based on a common humanity. He concluded, “But who does it matter if all these are hung upon the common thread of love and mutual esteem?”