The art world was in shock when Banksy’s famous work of “the girl and balloon” sold for a million dollars, only to be self-shredded in its frame immediately after. However, the famous artist has now revealed that all did not go entirely to plan. 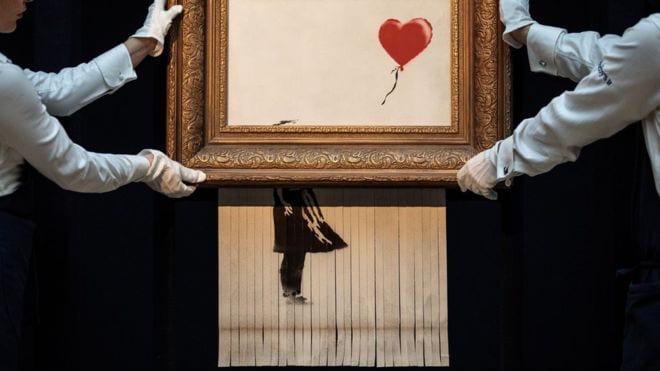 Immediately after being sold at Sotheby’s auction, Love is in the Bin started to shred, surprising onlookers at the auction, as well as, everyone around the world who saw it.

Banksy admitted that he had installed the shredder years prior in case his artwork one day went for auction, but now he has uploaded a video suggesting the entire canvas was supposed to shred. Before being taken away, the world watched on as only two-thirds of the canvas was shredded, and not the whole thing. 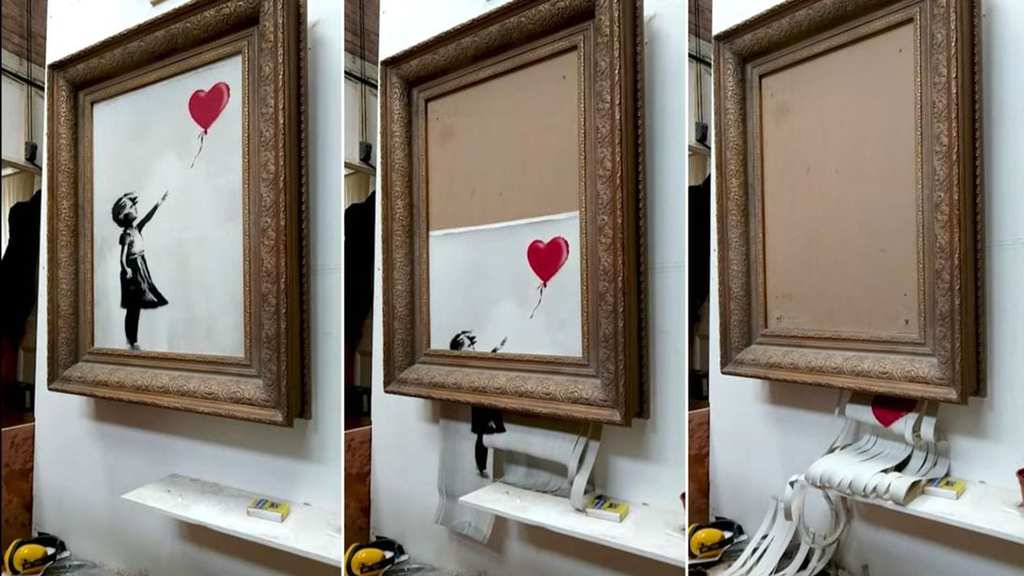 In the video, it says “in rehearsals, it worked every time,” while a clip shows the canvas shredding in full. Meanwhile, new footage from the auction room includes a clip of the button which triggered the shredding to take place, but that ultimately failed. Until now, it was believed that the artwork should have only shredded two-ways down, which was enough to leave people stumbled.

Alex Branczik, Sotheby’s head of contemporary art in Europe, has also stated in a new interview that the auction house was unaware that the art piece had a shredder installed, and they were not in on the stunt. 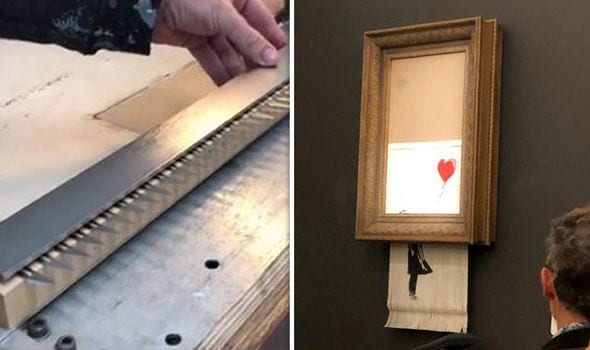 Branczik also explained that the reason the auction house’s staff had not detected the shredder, was because they had been instructed that the frame was a key part of the artwork. Speaking to The Art Newspaper, he said, “Pest Control [Banksy’s authentication board] said very clearly: the frame is integral to the artwork.”

He continued, “Which it was, just not in the sort of way that we thought. We also had a third-party conservator look at the work.” When asked how the conservator did not spot the frame’s double thickness and weight from the shredder, Branczik replied, “You address what you see, it was more like a sculpture. If it says the frame is integral, you don’t rip it apart.”

Hannah Marie Jarvis was eating dinner with her family on Thanksgiving Day in a North Carolina ...