Eric Brice, the Marseille Prosecutor, said that he believed 150 Russian supporters were behind the violence which marred the Euro 2016 Group B game between Russia and England.

He believes the fans “were well prepared for ultra-rapid, ultra-violent action.” and are “extremely well-trained people.” But while he was quick to point out their preparation, he didn’t believe that they were professional. At present, two Russian nationals have been expelled from the country. 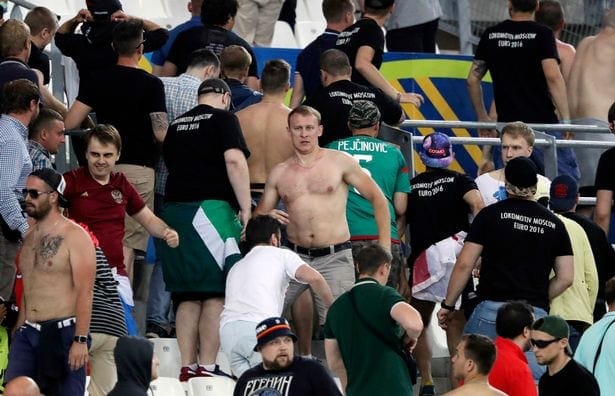 England Fans to Blame Too

Sadly, Russian fans were not the only ones in trouble with the law as five England fans were jailed for throwing bottles at police officers attending the trouble. Another England fan was arrested in connection with the violence.

The England supporters have been named as 20-year-old Alexander Booth, From Huddersfield, West Yorkshire, who was sentenced to two months for throwing a plastic bottle at police. His devastated father who broke down in tears at the result stated he would “fight it.”

Ian Hepworth, 41, a Psychiatric nurse from Sheffield was sentenced to three months for throwing a bottle at police and then attempting to retrieve another bottle. Ashley Kelly, 26 from Birmingham was sentenced to 3 months in prison after throwing seven bottles outside the stadium. Paul Jackson, 21, from Halifax, and Lee Phillips, 23 from Taunton were both jailed for one month in prison. Steve Cornell, 28, was also jailed for two months after getting involved in the violence that occurred.

All of these men have also been banned from visiting France for a period of two years. 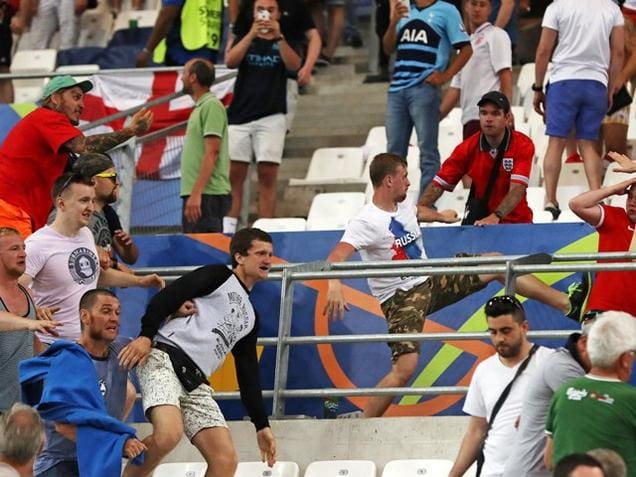 Letting the Side Down

The dramatic scenes from Marseille have prompted politicians and the England team themselves to get involved. England captain Wayne Rooney and manager Roy Hodgson recorded a video message to appeal to fans, telling them to “behave themselves.” Theresa May also expressed her disappointment in the England fans conduct when she said that Russian football fans bear a “heavy responsibility for initiating violence” but said that some England fans had let their country down.

The clashes occurred in Marseille’s Stade Velodrome on Saturday after Russia and England had played to a 1-1- draw. Witnesses reported that the trouble started when Russian fans in the stadium let off flares towards the end of the match. Some of the Russian fans appeared to climb barriers designed to keep the rival fans apart and rushed at England supporters, kicking and punching them as they were forced to flee over the fencing to escape.

The altercation left 35 people injured, mostly England fans. Four of these were seriously injured. One of these fans was England and Portsmouth supporter Andrew Bache, 50, who has been placed in an induced coma because of his severe brain injuries, having been left lying unconscious in a pool of his own blood.

UEFA has stated that it will ban both teams if there is any further violence, handing Russia a suspended disqualification which will be invoked if any trouble occurs in the stadium. UEFA has also chosen to open disciplinary proceedings against the Russian Football Union for setting off fireworks, alleged crowd disturbances and racist behaviour, which Russia’s sports minister Vitaly Mutko applauds saying UEFA had “done the right thing.”

As Russia is due to host the World Cup in 2018 the rest of the world will no doubt watch the remainder of the competition nervously, hoping and praying that there is no further violence. 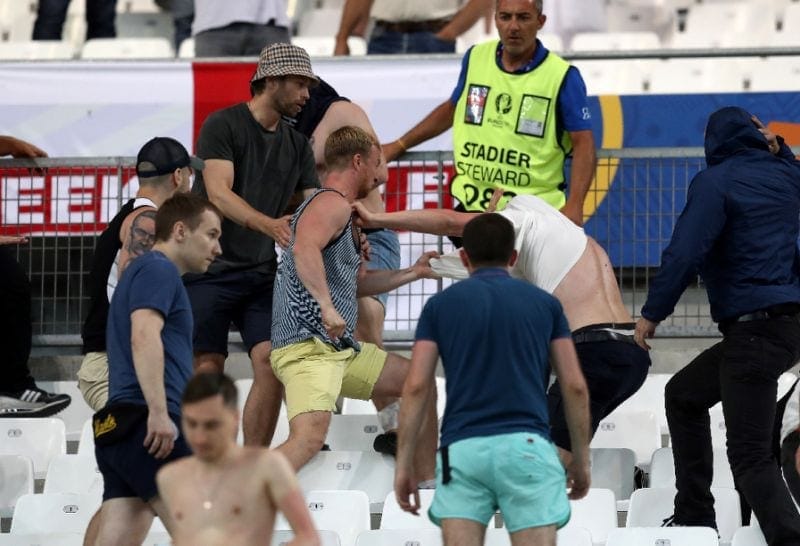 According to health officials, an avian flu in China is threatening to cause a global pandemic, ...