When the Hendel family’s Great Pyrenees, Odin, refused to leave with his owners after the Californian wildfires broke out, they were sure they would not find him on their return.

However, when it was safe to make their way back to their home, they found that their house had been completely destroyed but saw that Odin had miraculously survived. 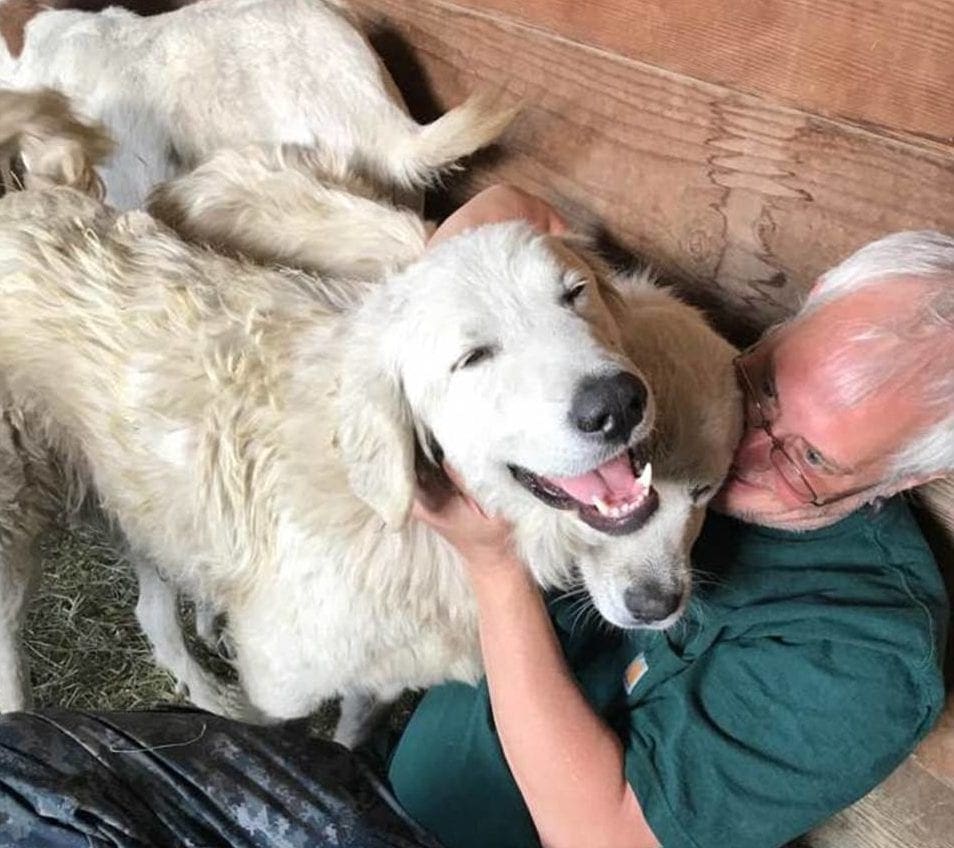 The recent wildfires in California meant that Roland Tembo Hendel and his family had to flee their home to escape the danger. On their quick escape, they packed their valuables as well as their cats and dogs, and left soon after the fire broke out.

Unfortunately, they had to leave their goat-herding dog, Odin, who refused to leave and abandon his flock. Roland explained the stubbornness of one of his dogs in his Facebook post which shared the story of Odin’s survival.

He explained, “Even under the best of circumstances it is nearly impossible to separate Odin from the goats after nightfall when he takes over the close watch from his sister Tessa. I made a decision to leave him, and I doubt I could have made him come with us if I tried.’ 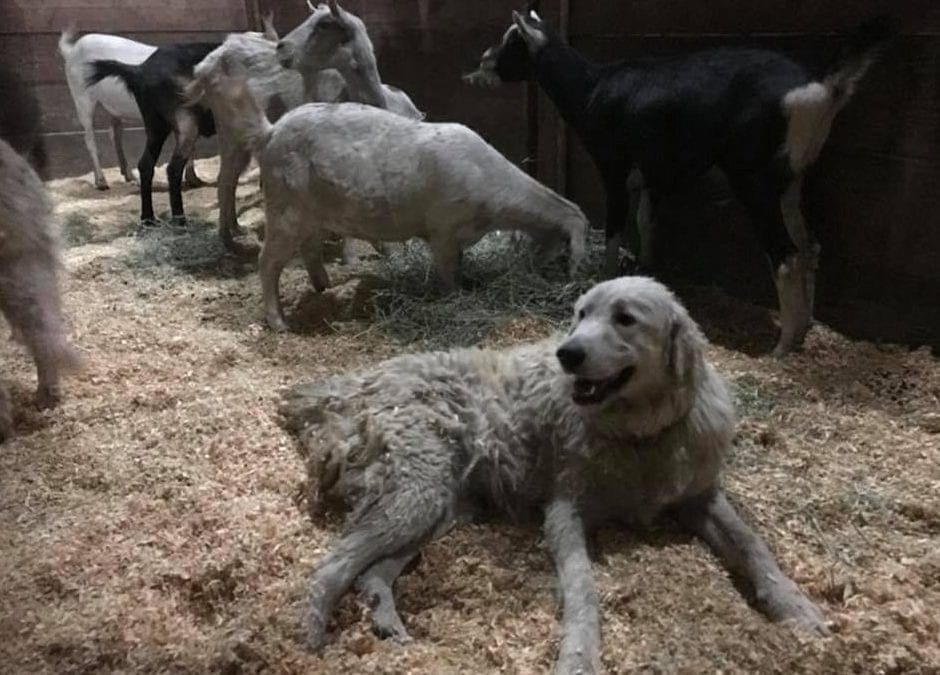 Sure that Odin could not have survived such fires, Roland confessed, ‘Later that morning when we had outrun the fires I cried, sure that I had sentenced Odie to death, along with our precious family of bottle-raised goats.’

Meanwhile, while the Hendel family were fleeing their home and could see the destruction by the flames, Odin, Tessa and their flock of goats were not going anywhere. On their return, even though trees were still burning and ‘every structure is in ruins,’ Odin and the goats appeared to greet their saddened owners. 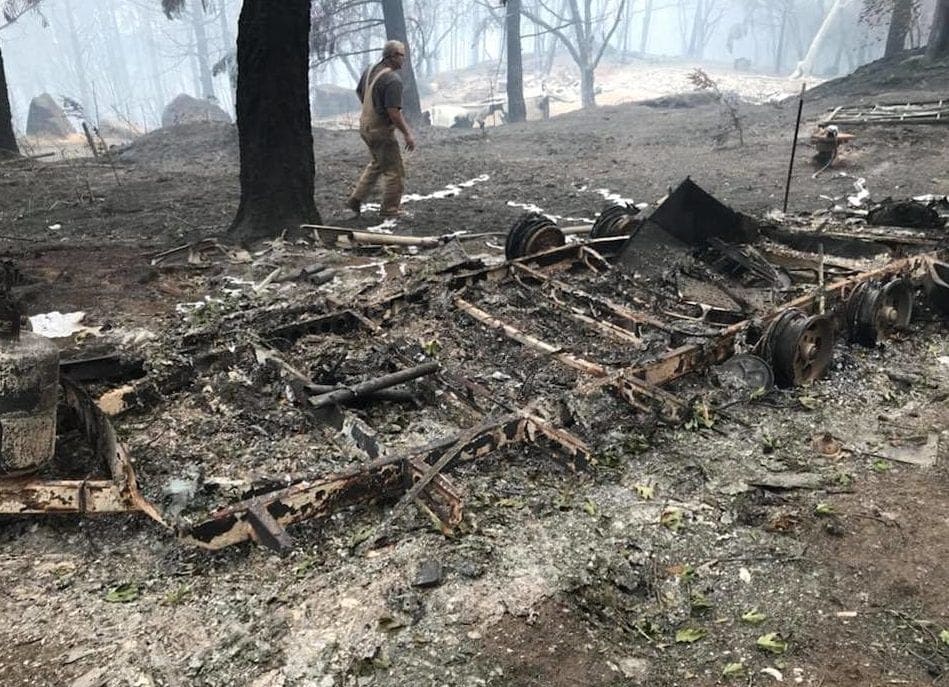 Now overjoyed with emotion, they could see that Odin had been injured by the blaze and was limping towards them, as well as the barn for the goats completely destroyed.

Not such a good time with winter soon approaching, the Hendel family decided to create a YouCaring fundraising page to help with funding Odin’s medical care, as well as rebuilding their precious animals homes.

After just a few days, the page had raised more than $56,000, which exceeded the original $45,000 goal. In the meantime, the animals are being looked after in a nearby shelter, but we are sure Odin and his adored flock of goats will get to return home altogether soon. 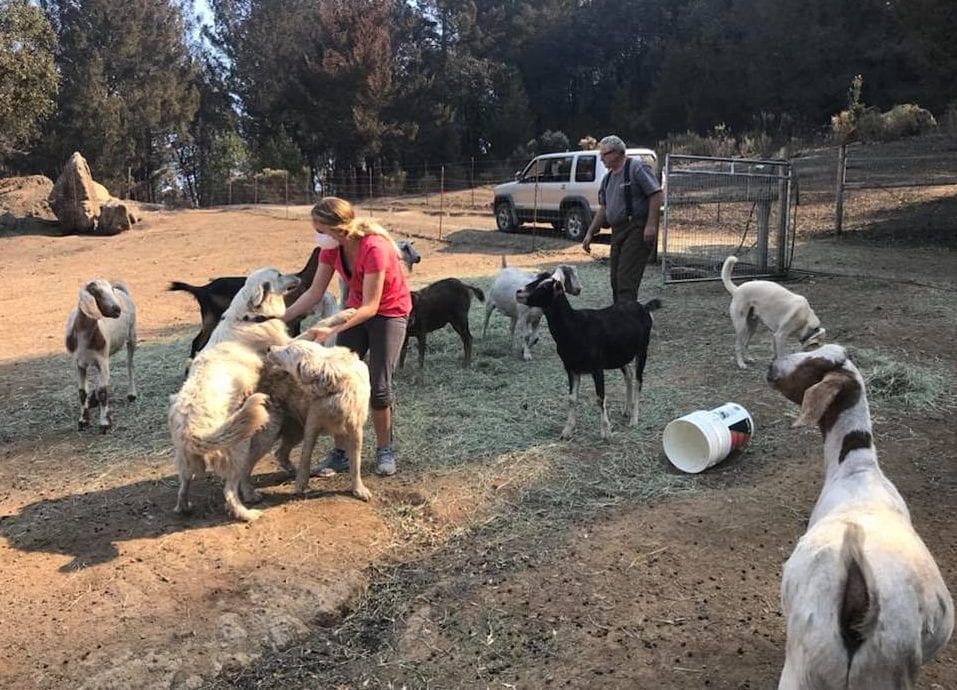 Matias Ferriera is the newest recruit to the NYPD and making headlines for his bravery and valor ...

Taking a cue from Israel, TSA has decided to implement short pre-flight interviews of passengers ...