Nicholas Winton was a young British stockbroker when World War II broke out in 1939. On the eve of WWII, Winton decided to take on an incredible operation by risking his life in order to save the lives of 669 children, who were almost all Jewish, successfully rescuing them from Czechoslovakia by bringing them into Britain and effectively saving them from the horrors of the Holocaust. He provided them with a passage to safety, but Winton did not seek any glory or recognition for his act of kindness and bravery. He did not ever mention this act until nearly fifty years later, when in 1988, his wife was sifting through the attic and she found a scrapbook that listed the names, documents, and photographs of each of the children that Winton had saved many years ago.

The operation would eventually be referred to as the Czech Kindertransport, which can be translated from the German to “children transportation.” After his incredible act was discovered, Winton was known as the “British Schindler,” which caught on after the British press referred to him by the nickname. Despite the fact that it was not discovered until many years later, the Czech Kindertransport would still earn Winton recognition many years later. 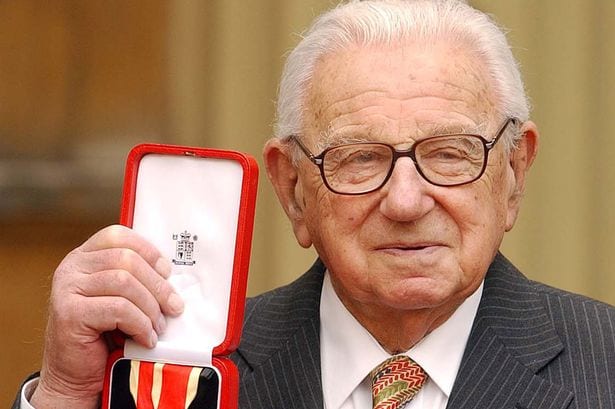 In 2003, he was knighted by Queen Elizabeth II, who honored him for “services to humanity, in saving Jewish children from Nazi occupied Czechoslovakia,” making him Sir Nicholas Winton. Around a year later, on October 28th, 2004, Sir Nicholas Winton, MBE, was also awarded the Order of the White Lion (1st class), which is the highest honor one can be given in the Czech Republic. He was awarded by the Czech President Milos Zeman.

In 1988, Winton appeared on the United Kingdom television show That’s Life! and was invited to be a guest in the audience. However, Winton was in for a huge surprise, since he was completely unaware of the fact that every single one of the people sitting around him was actually one of the children that he saved in World War II. Winton’s reaction to finding out that he was surrounded by the people who owed their lives to him is truly emotional. Watch here to see the powerful moment:

We are all just now beginning to finally recover from the hiatus Kim Kardashian-West took from ...

Archeologists have discovered a workshop that people used for making stone vessels 2,000 years ago ...