After months of anticipation, an enormous iceberg in the West Antarctic has finally broken off the Larsen C ice sheet. The iceberg which is four times the size of London weighs a trillion tons and has an area of 2,239 sq miles (5,800 sq km). The Iceberg was found to have broken off the ice sheet after careful examination of the latest satellite data from the area. 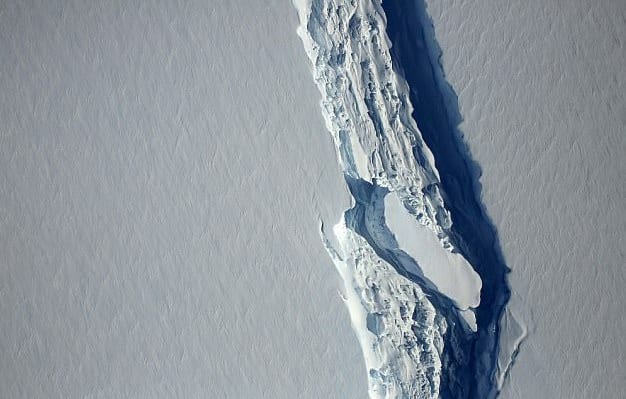 Scientists believe that the process, known as calving, occurred within the last few days. The ice shelf which has decreased in size by 10 percent, has left the ice front at its most retreated position on record. If the glaciers held in place by the iceberg split into the Antarctic Ocean, it could significantly lift the global water mark by about 4 inches. The iceberg is predicted to be one of the ten largest icebergs ever recorded, and is expected to be dubbed ‘A68’. 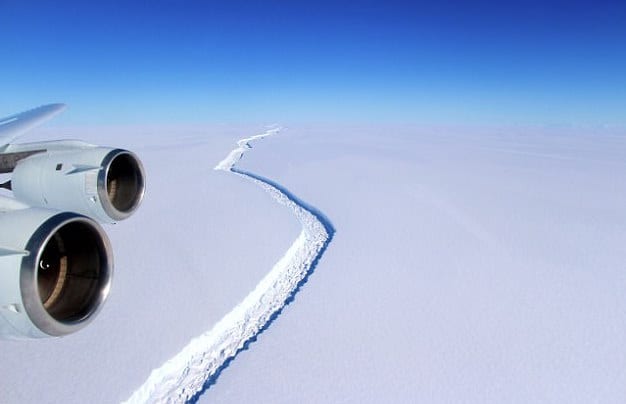 Throughout the Antarctic winter, the University of Swansea led research teams, including researchers from British Antarctic Survey (BAS), which monitored the progress of a 170 km long ice rift in the ice shelf using the European Space Agency Copernicus Sentinel-1 satellites. 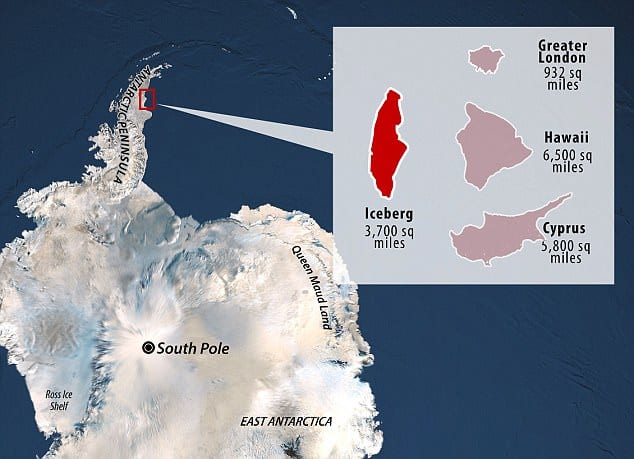 According to Andrew Fleming, a BAS remote sensing analyst, the satellite images have been critical for research planning. Fleming says, “This story has just got even more interesting. Our glaciologists will now be watching closely to see whether the remaining Larsen C Ice Shelf becomes less stable than before the iceberg broke free, and our biologists will be keen to understand how new habitats formed by the loss of the ice are colonized.”

Allegedly icebergs split from Antarctica often, but due to the unusually large size of this one, its path across the ocean must be monitored as it could pose a grave danger to maritime life.