There is a reason why Taylor Swift is known as an exceptional celebrity role model, and it is not because of her incredible songwriting skills. She is one of the most charitable people. Swift is no stranger to giving. She gives tons of money to charities all the time.

Most recently she donated $1 million to the Louisiana Flood Relief. The singer told the Associated Press about her connection to Louisiana. Swift shared, “We began [2015’s] The 1989 World Tour in Louisiana, and the wonderful fans there made us feel completely at home. The fact that so many people in Louisiana have been forced out of their own homes this week is heartbreaking. I encourage those who can to help out and send your love and prayers their way during this devastating time.”

It’s easy to say the ten-time Grammy Award winner is pretty selfless.This girl opens her wallet a lot! Her kind ways are also an excellent way to keep the attention away from her recent drama with Kanye and Kim and her breakup with Calvin Harris and Tom Hiddleston. She is ignoring the haters and shaking it off by focusing her attention on giving.

Her philanthropic efforts do not go unnoticed. She has claimed the number one spot at the Do Something Awards. She was also acknowledged by the Tennessee Disaster services for her charitable efforts and was awarded the 2012 Honorary Star of Compassion Award. The director of the Northwest Tennessee Disaster Services paid his respects to the singer and said, “Taylor Swift has inspired the small community of Northwest Tennessee with her uplifting words and music of encouragement and has become a positive role model for the young and old alike here. It is with great honor and appreciation that we present this.” 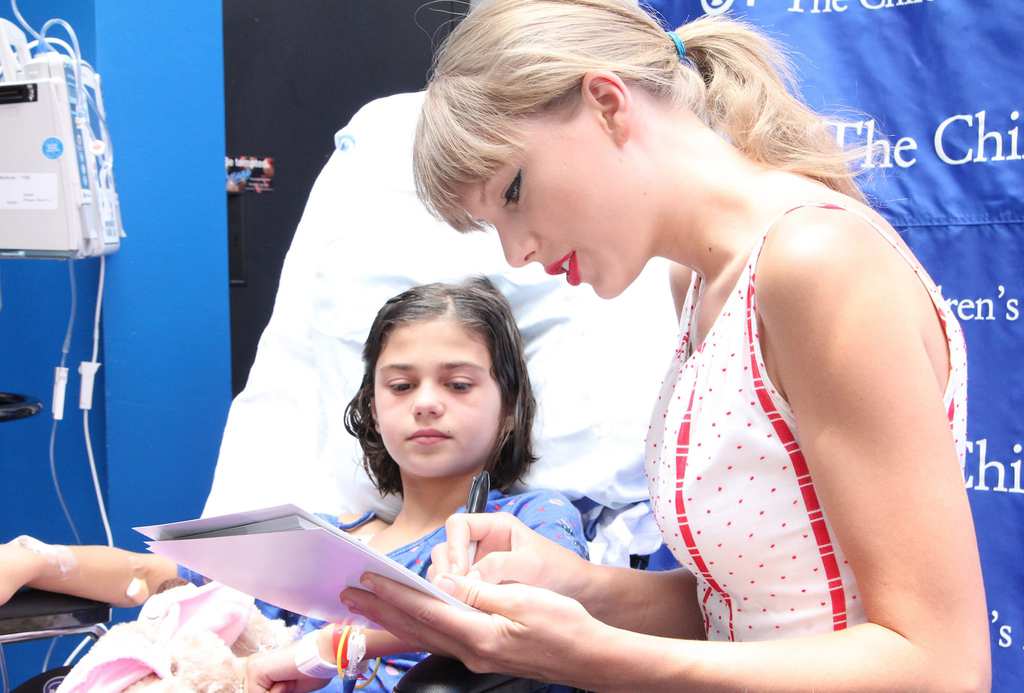 In December of 2016, T-Swift donated $100,000 to the Dolly Parton Fire Fund after the recent fires in the Smoky Mountains affected tons of families in the area.

At 27 years old her net worth is estimated to be around $250 million. She has more money than most people could dream of and she wants to use it in the most giving way. 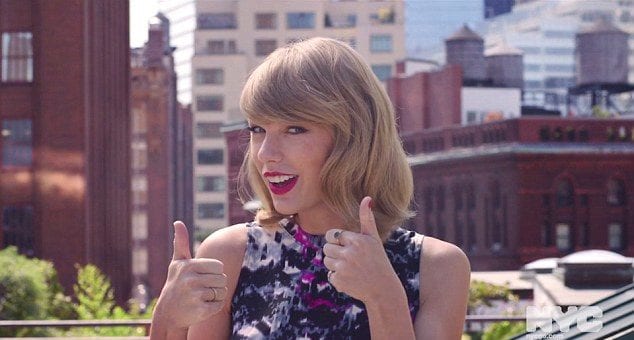 The pop star is constantly informally donating to fans also. For example, after one of Swift’s fan’s sister died in a car accident, Swift donated $5000 to the fan’s family. 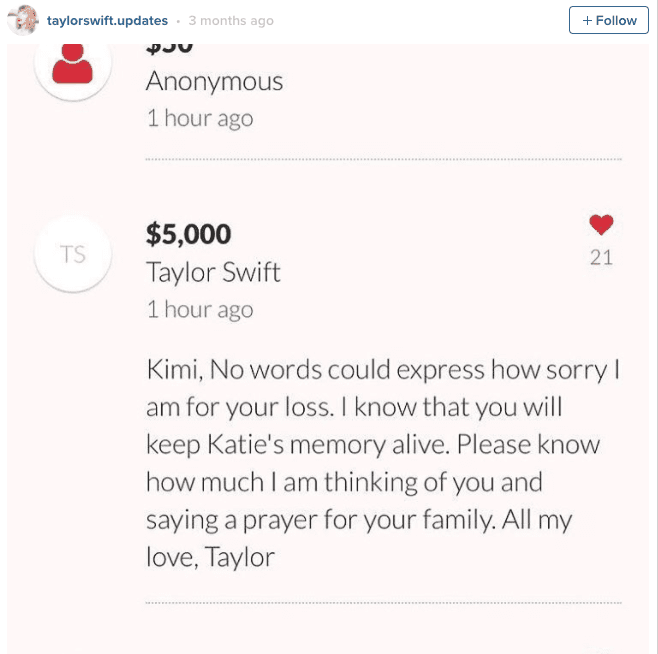 There was also that time she announced that all of her proceeds from her song “Welcome to New York” would go to the public school system. Swift loves to give smaller more personal gifts too. Remember when she sent personalized gifts to her fans for Christmas? Thanks for all you do, T-Swift!

For some, physical activity is to be avoided at all costs. For others, they love nothing more than ...