It sounds like the beginning of a great comedy film: one Republican and one Democrat, facing cancelled flights to Washington, D.C. due to snowstorms. With no other options left, Beto O’Rourke, a Democrat, and Will Hurd, a Republican, decided to embark on a 1,600 mile journey together in order to make it back to the nation’s capital in time for votes. They rented a car and began the long trip together.

The two politicians decided to live stream their trip on Facebook live stream and let the world into their now developing friendship, political discussions, telling one another about their families, and overall car ride shenanigans that included conversations about doughnuts.

O’Rourke said, “At a time where so many people wonder whether our institutions still work, whether members of Congress still listen to the people they represent, whether a Republican and a Democrat can get along and work together. I thought, let’s try to prove the concept.” 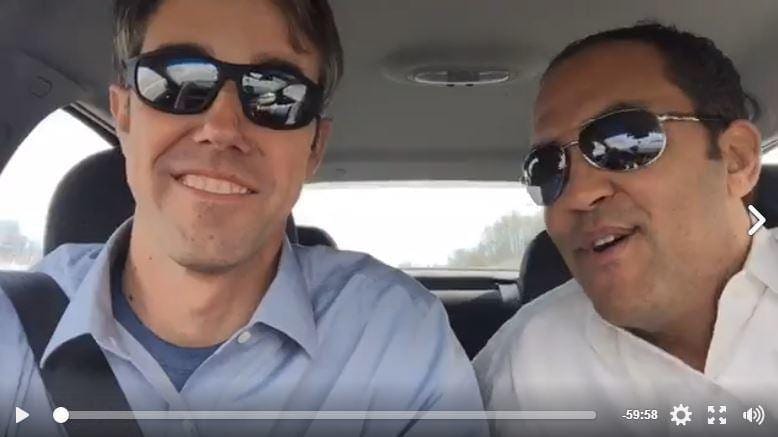 Despite the fact that the two politicians had not been close at all before the trip, their conversations and patience to listen to one another bridged any gaps between their political views, and by the end of the journey, the two even were in talks of bringing their families together for Thanksgiving dinner next year.

Regarding political hot topics such as health care, O’Rourke shared with NPR: “I think we came to some common ground. We want to see more people afford health care, but I think we have some differences of opinions on expansion of Medicaid.”

Hurd shared: “I’ve learned a lot about Beto. We’ve learned that we can work together on a lot more issues than what we have been.”

As their journey progressed, their live stream gained an incredible amount of followers, with thousands tuning in at once, and eventually the two began taking in calls, radio show style. They spoke with more colleagues and even encouraged them to take on their own bipartisan road trips. The trip even earned its own hashtag: #BipartisanRoadTrip, which allowed followers of the journey to keep track of all of the posts.

As the pair arrived in Washington, O’Rourke shared his final thoughts: “I learned something — this is a guy I can work with. It just happens that we’re on opposite sides of the aisle.”

Despite their political differences, the two men were able to form a unique friendship which ultimately will allow them to respectfully work together in the future. Hopefully we all can learn from their experience.

You can watch their whole journey here:

Visiting Dún Aonghasa on Inis Mór in Galway, Ireland, this family had no idea one of its members ...