Did you know that there are five types of fresh-water dolphins? One of these is the Pink River Dolphin. They dolphins are rare and classified as an endangered group. So, when one of these pink dolphins appeared in Louisiana, everyone who spotted it was absolutely amazed. 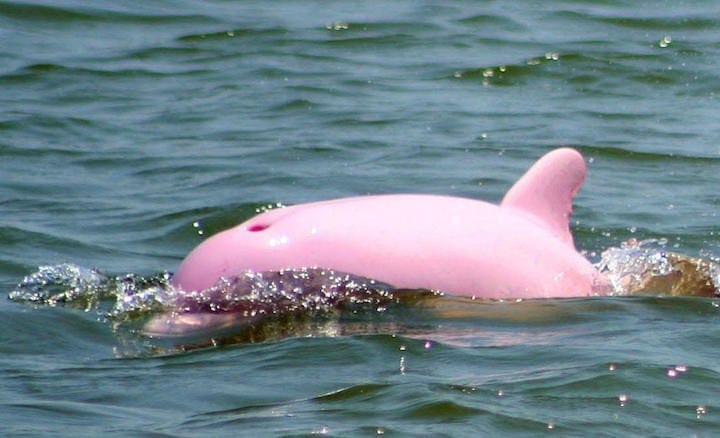 This is the story of a dolphin called Pinkie. He isn’t just any pink dolphin – most of this kind are grey with a touch of pink, but not Pinkie! As you can see, this one is actually a bubblegum pink all over, and scientists think this may be some sort of albinism or perhaps a genetic mutation. Either way, she absolutely a sight for sore eyes! 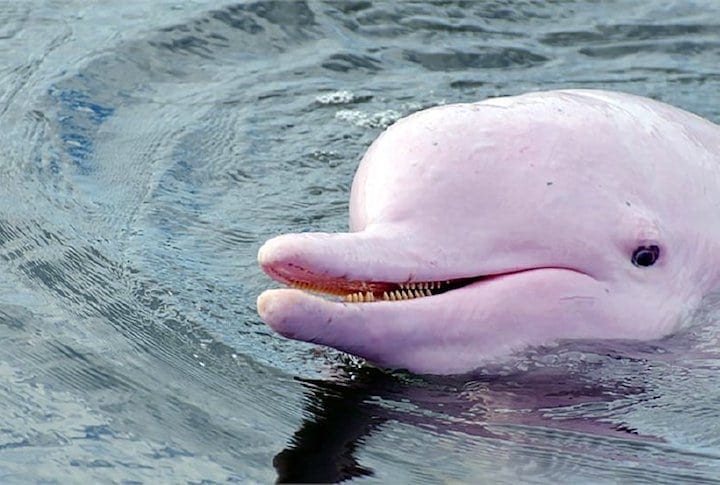 Tourists regularly visit Lake Charles to try and catch a glimpse of her. In 2017, there was another sighting of the beautiful dolphin, but there was something different this time. One woman who spotted her said that she was so shocked and almost ended up falling out of her boat. Pinkie appeared to be with a baby last year in August!

In previous years, people had spotted Pinkie with another dolphin that they all assumed was her mate. So, maybe this baby was a result of that dolphin courtship. The woman who saw her was unable to take a picture because she didn’t have her camera ready as she was trying to bring herself out of shock. 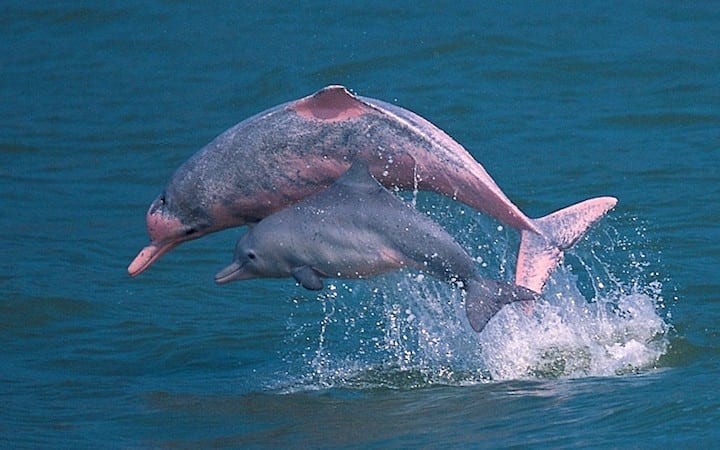 Has anyone seen the baby since then? They, unfortunately, haven’t yet. But visitors of the area are still hopeful that maybe one day they will see Pinkie and her offspring. Maybe the woman was mistaken. If so, hopefully we see Pinkie, her mate, and maybe an offspring of any color in the future.

Metallica may be known as being one of the pioneers of the U.S. heavy metal scene and one of the ...