Passengers waiting for flights at Tampa International Airport were quite surprised when they came across a service dog giving birth to puppies in the middle of the airport in May 2018. 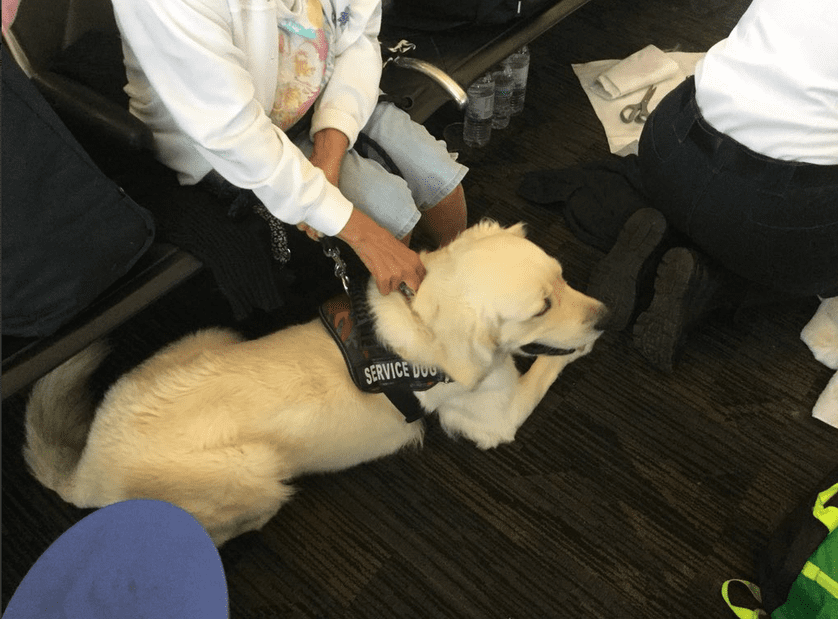 A mother and daughter were on their way home to Philadelphia with their two service dogs, Eleanor Rigby (Ellie), and Nugget. While the dog’s owners were aware that Ellie was pregnant, they had no idea how close the 2-year-old yellow labrador was to her due date.

When Ellie went into labor, passengers began to crowd around, looking on and offering words of encouragement to the soon-to-be mother. 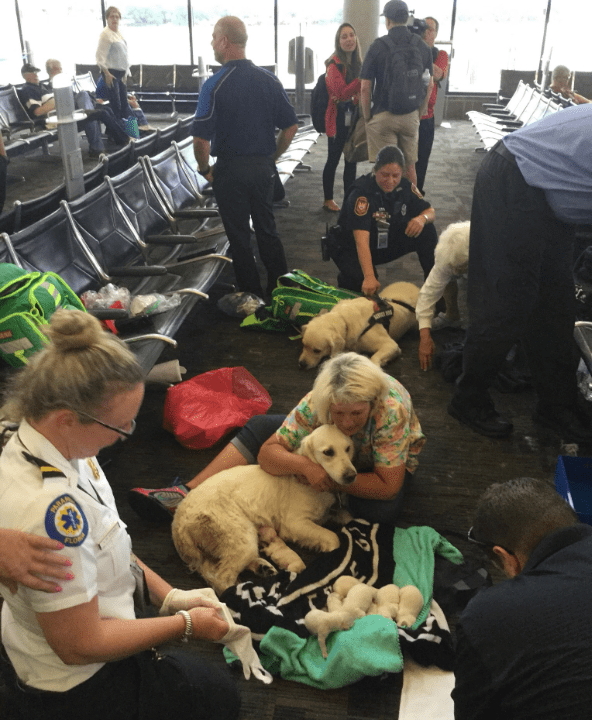 After about three hours, Ellie had given birth to one female and seven male puppies.

“It was incredible how people all just came together. Such a beautiful moment,” said one observer. 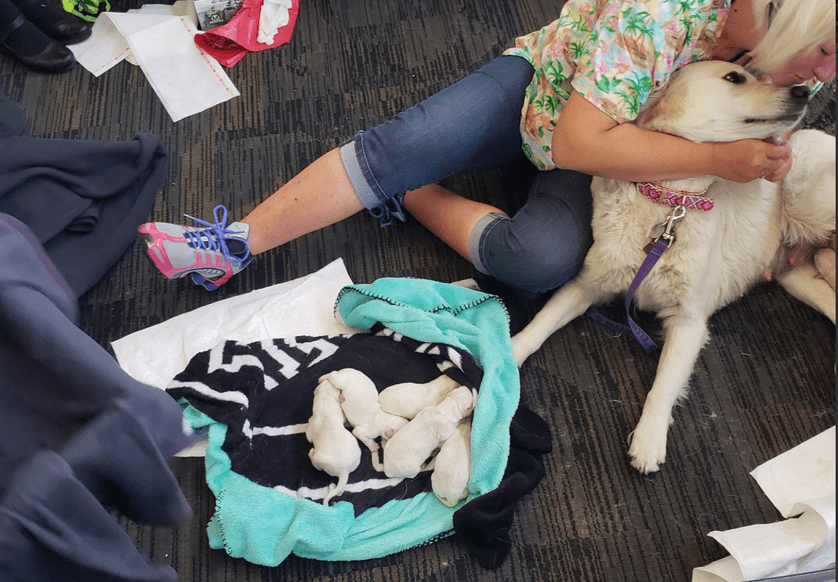 Luckily, there were two emergency workers on scene to aid in the delivery. Larry Glanton, a paramedic, along with Lieutenant Natalie Brown, are based out of the airport in the event of a medical emergency. While they’ve assisted with human deliveries before, this was the first canine birth they were fortunate enough to be a part of.

“They were glad to be a part of it and that’s just what they do as paramedics,” said Jason Penny, Tampa Fire Rescue spokesperson. “We’re a full-service dept. We’ve certainly been involved in some unique circumstances, but this is the first time we’ve ever delivered service dogs at the airport.” 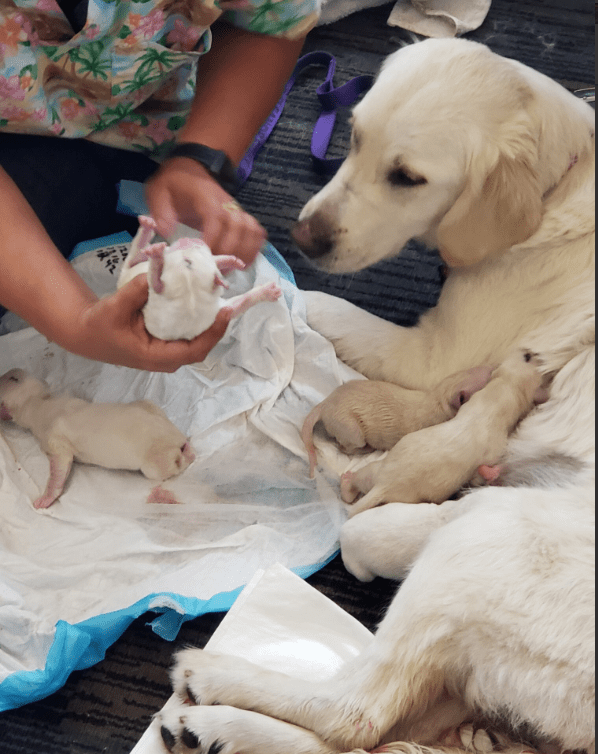 Despite the story’s happy ending, many people took to social media to criticize the dog’s owners, asking how they could be oblivious to how pregnant Ellie was. Some even questioned if the dogs were truly service dogs, saying if that was the case, Ellie wouldn’t have been pregnant in the first place. 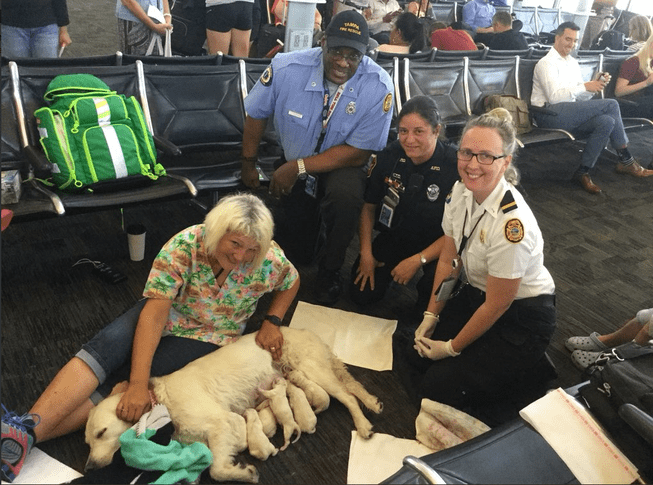 According to Suzy Wilburn of Southeastern Guide Dogs, “In the state of Florida, it’s a second-degree misdemeanor to represent your pet as a service dog. The fire department was called in. You took emergency services away for something they should’ve never had to deal with. And yes puppies are cute but had something gone horribly wrong, those puppies’ lives were in danger and so was mom’s.”

Regardless, Ellie and her new-born puppies seem to be healthy, happy, and in good spirits.

A North Korean who defected from the country uses his artistic prowess to mock his former ruler, ...

When Nana Chaichanhda first adopted her pit bull, Sasha, she assumed the pup was just like any ...

On Christmas Day, more than 54,000 people are being forced to evacuate their homes in Augsburg, ...