An accident-prone Koala from Southern Australia has gone viral for all the wrong reasons. The little guy needed some serious rescuing from the Fauna Rescue of South Australia after getting his head stuck in a fence at the South Australia Power Networks’ Happy Valley substation. 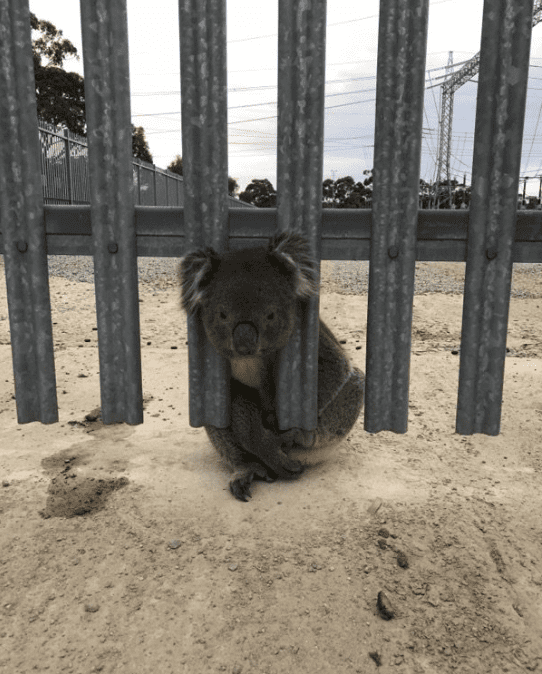 On a Tuesday morning in mid-July, volunteers arrived to assist the curious critter. Sally Selwood, one of the first Fauna Rescue volunteers on the scene, stated that it looked, “like he’s crawled under the fence to go somewhere, as they do, and then sat up as he was under the fence and got his head caught. But he didn’t have the brains to bob back down again to get out.” 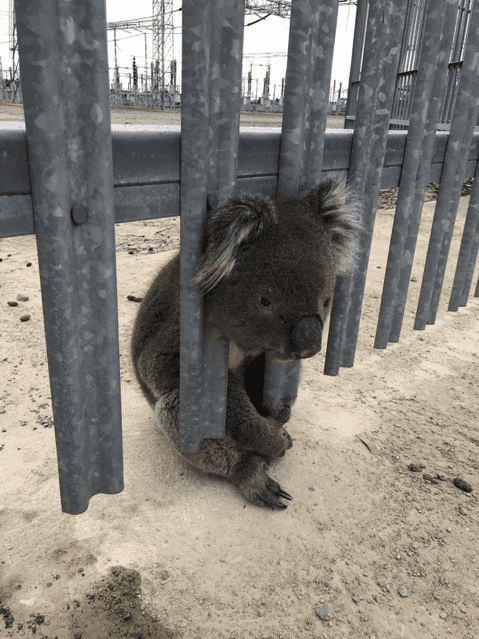 Some of the other volunteers recognized the koala because this wasn’t the first time he’s needed rescuing. Selwood said that the adult bear is “known” to them as “quite calm.” Perhaps he’s just used to the volunteers getting him out of trouble.

Back in January 2016, the koala was found “not very responsive” after falling to the bottom of a tree. Luckily Fauna Rescue was there and nurtured the bear back to health. But in November of that same year, the koala was hit by a car and needed rescuing for the second time.

The Fauna Rescue team once again rehabilitated the poor koala. Thankfully, this rescue was far less serious than the others. On Twitter, the SA Power networks shared a photo of the koala, writing: “It wasn’t a great start to the day for this curious [koala], who got his head stuck in a fence at our Happy Valley substation. A big thank you to Fauna Rescue SA and our St Marys crew who released the Koala and took him into care for a check-up before his release back into the wild.” 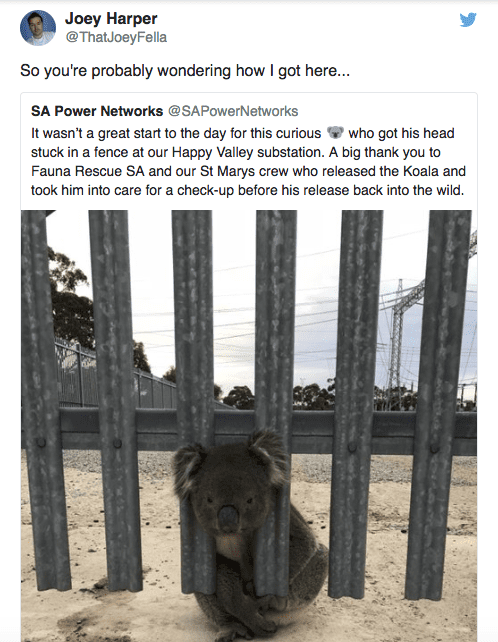 On social media, many strangers have expressed their sympathy for the poor bear. One user shared the photo, writing, “Just sneak through that fence, they said. You’ll be in Eucalyptus heaven, they said.” Another follower shared the SA Power Networks’ post and wrote, “So you’re probably wondering how I got here…” 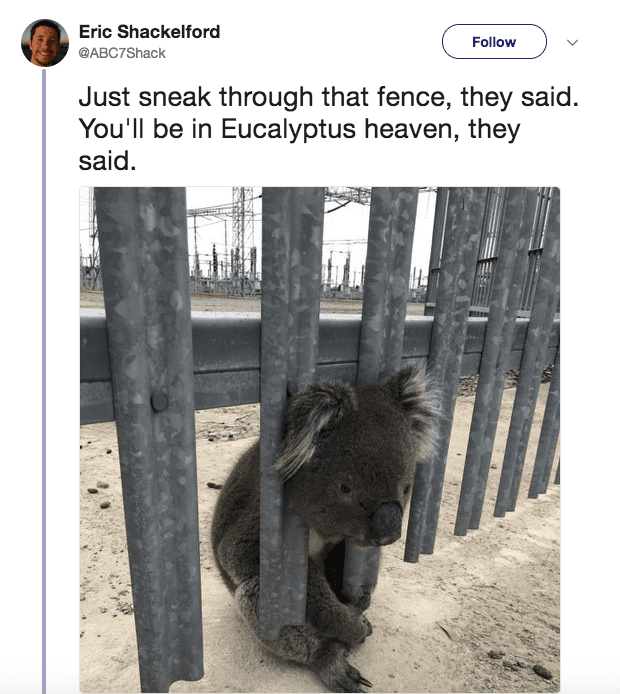 When it was all said and done, the rescue was a success. The koala has made a full recovery.

With rising housing costs and overcrowding in the major metropolitan centers, the solution to our ...