In Shanghai, there exists a marriage market. It is a place where the parents of people who are single take their children to try to find them a spouse. However, this weekend something rather unusual took place. There was a woman dressed in a wedding gown who was holding up her U.S. passport as well as a sign. She was generating quite a lot of interest as a result of her sign. Her name is Erin Peisert. 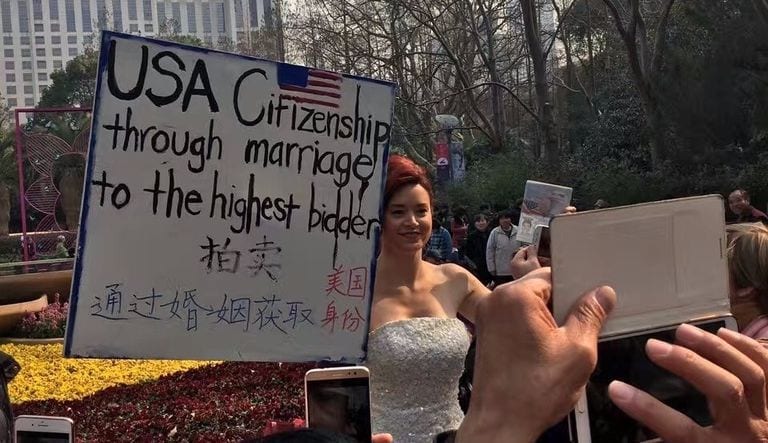 Peisert is an American performance artist and she is currently living in Shanghai. She had apparently come to the marriage market as a performer, and her offer was not legitimate. In essence, she was trying have her act go viral. The sign that she was holding up stated “USA citizenship through marriage to the highest bidder”.

This gave her all the attention she was looking for. The photos went viral on Weibo and Instagram. The studio that she works for, Artless Studio, explained her work as a critique of marriage in China. They say that matchmaking is undergoing a serious change as culture shifts take place. Family values, views of marriage, and even generational gaps all greatly change the way in which we view marriage compared to how it was for our parents. 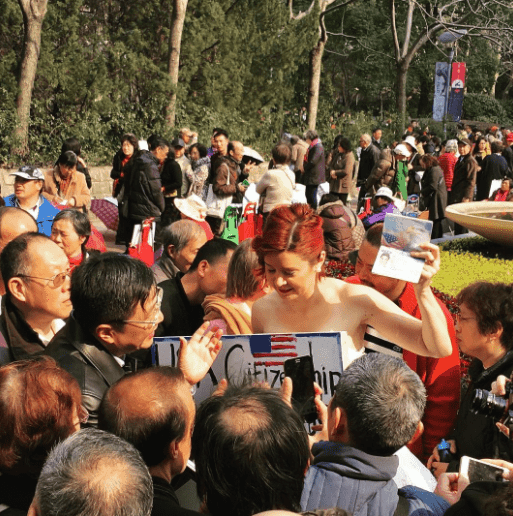 Regardless of her attempts to go viral, she actually ended up upsetting quite a few people. Several comments were posted on the sites. Some debating which country’s laws are better, while the others were just people complaining that the offer was not legitimate.

Erin Peisert is not the first person to make an appearance at the Shanghai marriage market looking for a little extra attention. Last year, the marriage market was visited by a much more famous actor; Sir Ian McKellen. McKellen was not auctioning off his citizenship though, instead he was promoting Shakespeare for the British Council.