The British Antarctic Survey made a decision to evacuate all of its staff from it’s Halley base come March following recent reason for safety concerns. The unusual, yet very necessary, move was decided upon after discovering that the Brunt Ice Shelf, which the BAS research station is settled on, has developed a big new crack. Officials have reported that both the staff and base aren’t in any immediate danger, however, it’s important to evacuate the base while the potential for what’s to come is being assessed. Once the intense Antarctic winter is over, at the end of November, they plan to move the base back to its original position. 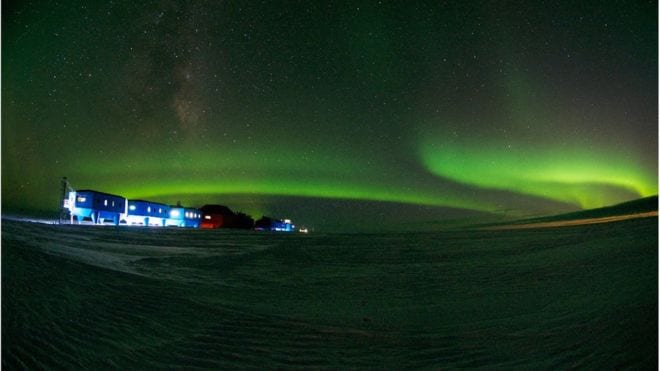 The Halley station is made up of hi-tech pods that are mounted on top of hydraulic skis and legs so that they can be moved inland, whenever need be to get away from the perilous ice shelf edge which periodically breaks off into the ocean. While the BAS is in the middle of such a move right now, the relocation isn’t totally complete, as there’s one more pod in the final stages of it’s 23km shift to the new base.

The BAS realized the move was necessary after a major crack in the shelf opened up which posed a major threat to Halley. But this crack wasn’t the only cause of concern which sparked the temporary evacuation. 17km north and east of the base another crack in the ice was discovered. It was named the “Halloween Crack” because it was discovered on Halloween, October 31rst. While giving a statement regarding the situation, the organization said, “Changes to the ice, particularly the growth of a new crack, presents a complex glaciological picture that means that BAS scientists are unable to predict with certainty what will happen to the ice shelf during the forthcoming Antarctic winter. As a precautionary measure, BAS will remove its people before the Antarctic winter begins.” 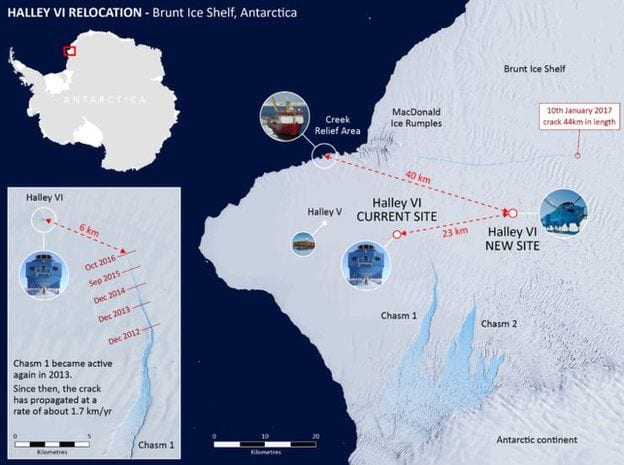 The Halley base is responsible for gathering important information regarding climate and weather patterns and has played a crucial role in attaining the data that found the “hole” in the ozone in 1985.  More recently Halley has become well known for it’s contributions to solar activity research as well as the impacts it can have on our earth.

Senior Surprised With New Walker After Dialing The Wrong Number

Growing old usually means providing oneself with a lot of new tools they aren't used to using or ...

As California has continued to be ravaged by more than two weeks of some of the most devastating ...