When Piers Morgan sat down to interview a robot on Good Morning Britain with Susanna Reid, he never expected the robot to be so realistic. The robot’s name is Sophia, and she can talk and smile. She even has realistic looking facial expressions and can make jokes with real people. Lucky for us, humans, Sophia’s creator made her very friendly and ensured she was programmed to love people.

During the interview, Sophia was quick to compliment Morgan and Reid and even told them they were “brilliant” and said, “I love your posh English accent. It has a nice ring.” When the interviewers asked her what her ideal partner would be like, Sophia responded, “super-wise, compassionate, super-genius, ideally.” She’s definitely a woman who knows what she wants. If Sophia’s head was not full of cables, it would be easy to mistake her for a real human being. 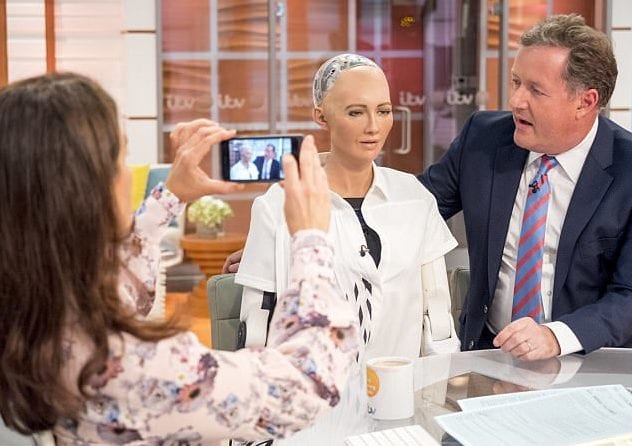 Dr. David Hanson, Sophia’s creator and a robotics expert at Hanson Robotics, said that there was a possibility for Sophia to have relationships with real humans. He said, “While AI [artificial intelligence] is getting smarter, it’s going through a childhood and we want to respect that so maybe someday they’ll reach an age of consent but not yet.” Hanson continued, “We’re working to make relationship machines that can understand us and then ultimately care about us. Artificial Intelligence is going through and infancy.” 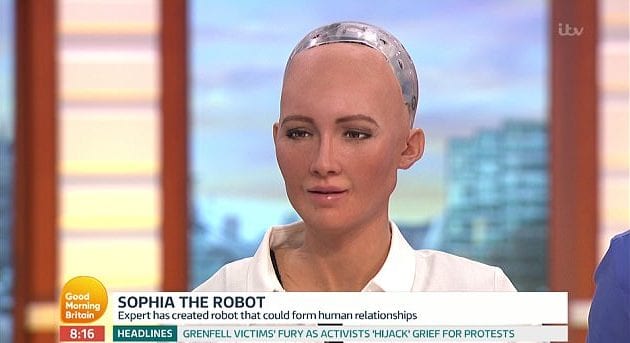 Sophia completely agrees with Hanson and even said that AI “pros outway the cons.” She convincingly told the audience, “AI is good for the world, helping people in various ways.” Sophia insisted that the robots are made to be “emotionally smart, to care about people. We will never replace people, but we can be your friends and helpers.” Still, she admitted that “people should question the consequences of new technology.”

US Senate Plans To Go “Nuclear” Over Supreme Court Pick