For many reasons (lack of air and pressure being some of the more obvious ones) it’s always been a struggle for marine biologists to research what exactly is going on under the sea. Scuba divers are limited to the time that they have with their oxygen packs, and oftentimes find it hard to maneuver to the exact locations where research needs to be conducted.

However, with the advent of a stunning new piece of technology, marine biology research may be poised to leap ahead lightyears. MIT scientists have recently tested in Fiji the world’s first robotic fish, named SoFi. The robot swam for 40 minutes nonstop and plunged to depths more than 50 feet below the surface of the water! 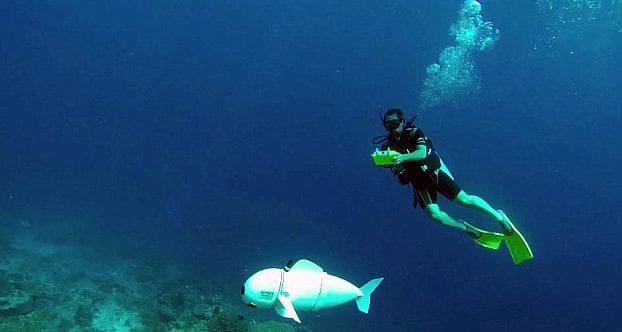 One of the best things about SoFi is the high resolution photographs it takes for researchers. Appropriately, the camera employs a “fish eye” lens, which gives the photos a more rounded view with a more complete image of the periphery around the camera. ”

Using its undulating tail and a unique ability to control its own buoyancy, SoFi can swim in a straight line, turn or dive up or down,” the scientists explained about SoFi’s testing, which took place on Fiji’s Rainbow Reef.

“The team also used a waterproofed Super Nintendo controller and developed a custom acoustic communications system that enabled them to change SoFi’s speed and have it make specific moves and turns.” 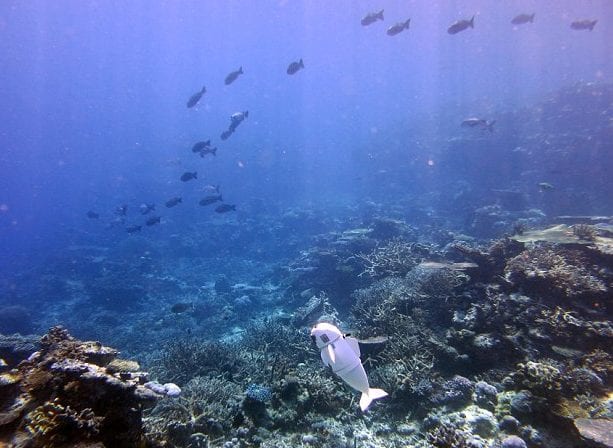 Robert Katzschmann, one of the MIT scientists behind SoFi said in an interview, “To our knowledge this is the first robotic fish that can swim untethered in three dimensions for extended periods of time. We are excited about the possibility of being able to use a system like this to get closer to marine life than humans can get on their own. The robot’s alternating movements produce side-to-side actions that mimic real those of real fish.” 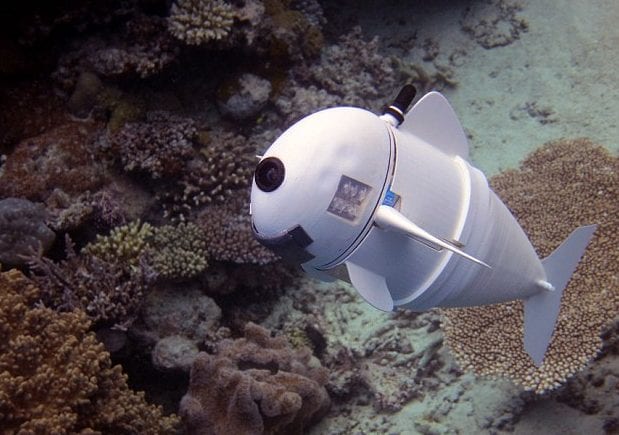 Self-Made Millionaires Teach Their Kids These Lessons On Wealth

Parents have plenty of questions for which they need to provide the answers to their children. They ...

Zack "Cowboy" Kokenzie is the heroic Chick-Fil-A employee who rescued a child at the Chick-fil-A's ...