While the idea of playing music to cheese may sound completely crazy, Beat Wampfler is convinced that there is some method to his madness. Or should I say, some Method Man in his method? Wampfler hails from Burgdorf, Switzerland – a country that is well-known for its love of cheese. In fact, the country loves cheese so much that they have not one, but two different national holidays dedicated to the dairy product. 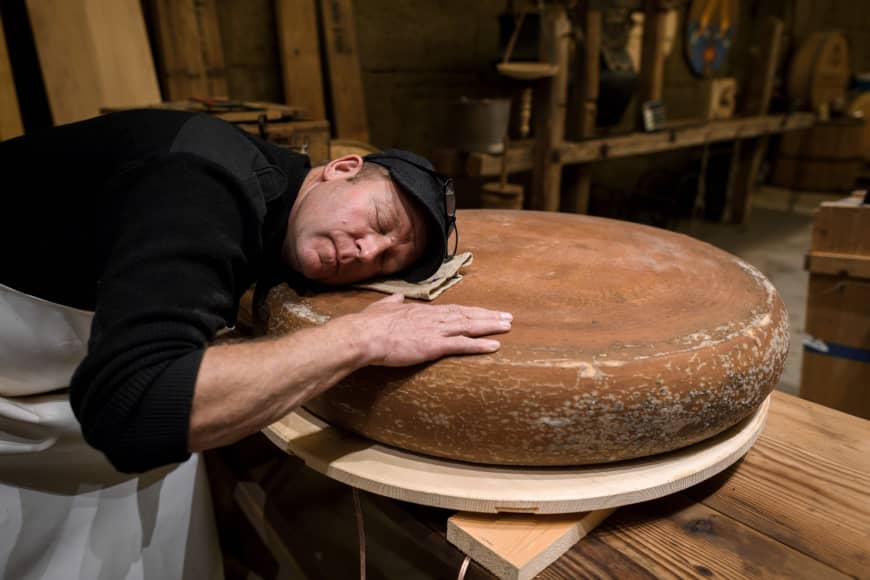 As someone who has been making cheese for a long time, Wampfler has had a lot of time to figure out why his idea might work. He plays everything from Led Zepplin and A Tribe Called Quest to Mozart and Beethoven to his cheeses.  “Bacteria is responsible for the formation of the taste of cheese, with the enzymes that influence its maturity. I am convinced that humidity, temperature, or nutrients are not the only things that influence taste. Sounds, ultrasounds, or music can also have physical effects.”

While Wampfler may have stumbled onto the idea, there is some truth to his line of thinking. Much like the way a pregnant woman plays music to an unborn child, or people play songs to their plants, the sounds are thought to have an effect on both the baby and the plants in much the same way it affects us on an emotional and cognitive level. There is even a field of science dedicated to this type of stuff known as sonochemistry. The idea is to measure how sound waves affect liquid and viscous materials.

A few students from the University of The Arts in Bern have decided to join in Wamplfers experiment, hoping to determine whether different types of music had any effect on the taste, texture or overall outcome of the cheese. We may have found the Stairway to Cheese Heaven!

Most people have been hit hard by the current crisis affecting the world. However, not everyone has ...