NASA has captured images of some of the biggest storms ever to be discovered. These storms on the planet Jupiter are so big that its clouds span over eight miles wide. 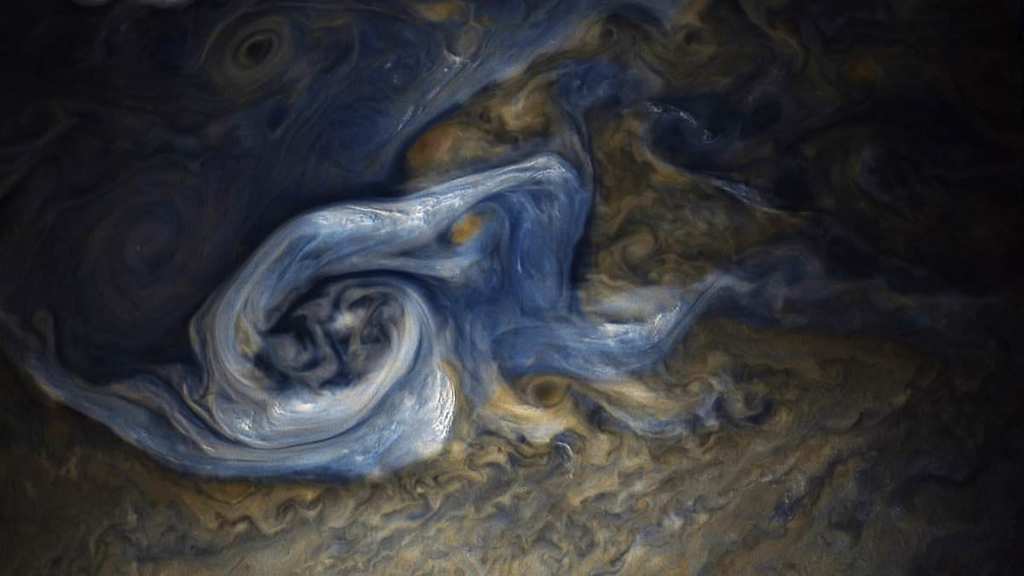 The high definition cameras in the Juno spacecraft have captured clouds that are believed to be within the depths of a storm. It was the spacecraft’s ninth journey past Jupiter, about 6,281 miles above its clouds.

NASA’s findings show that the storm is moving in an anti-clockwise rotation above the northern hemisphere of Jupiter. The images show the bright clouds that are between four and eight miles in width.

“These appear similar to the small clouds in other bright regions Juno has detected and are expected to be updrafts of ammonia ice crystals possibly mixed with water ice,” NASA claimed in a statement. 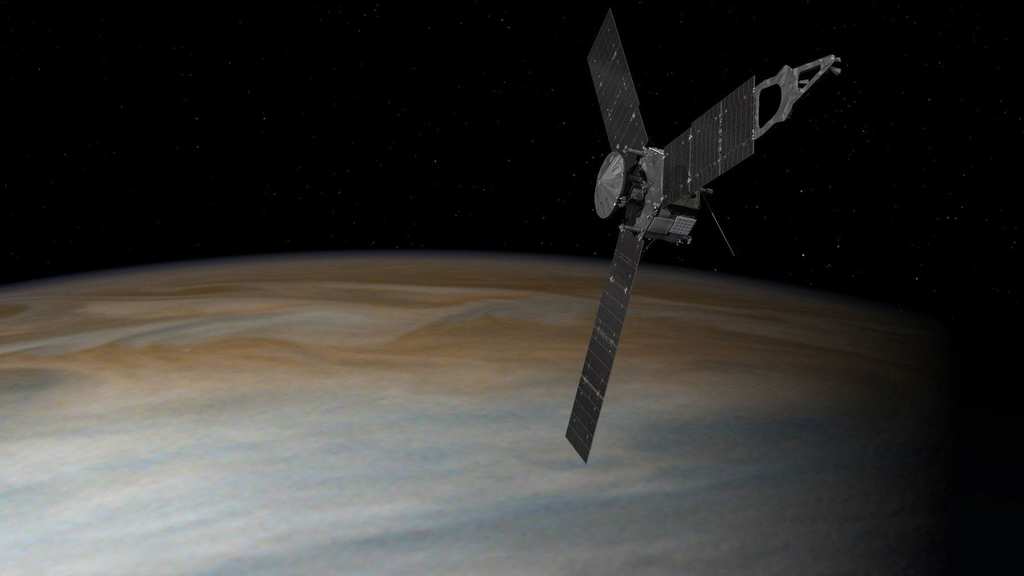 Scientists Gerald Eichstädt and Seán Doran used data to process the photos with the JunoCam imager. One notable feature of their findings was what NASA has coined as the “String of Peals,” eight large, spinning storms.

The clouds, which were captured on October 24th, are believed to travel at up to 129,000 mph. According to NASA, they are “massive counterclockwise rotating storms that appear as white ovals in the gas giant’s southern hemisphere.”

However, these clouds have been known of for a long time, having been first discovered in 1986. There are believed to have been up to nine clouds. However, the recent expedition captured eight of them.

At the time of the findings, Juno was 20,577 miles above the clouds. The opportunities for close inspection of the storms on Jupiter are few and far between, with Juno only being able to get close to the planet for a couple of hours every 53 days. 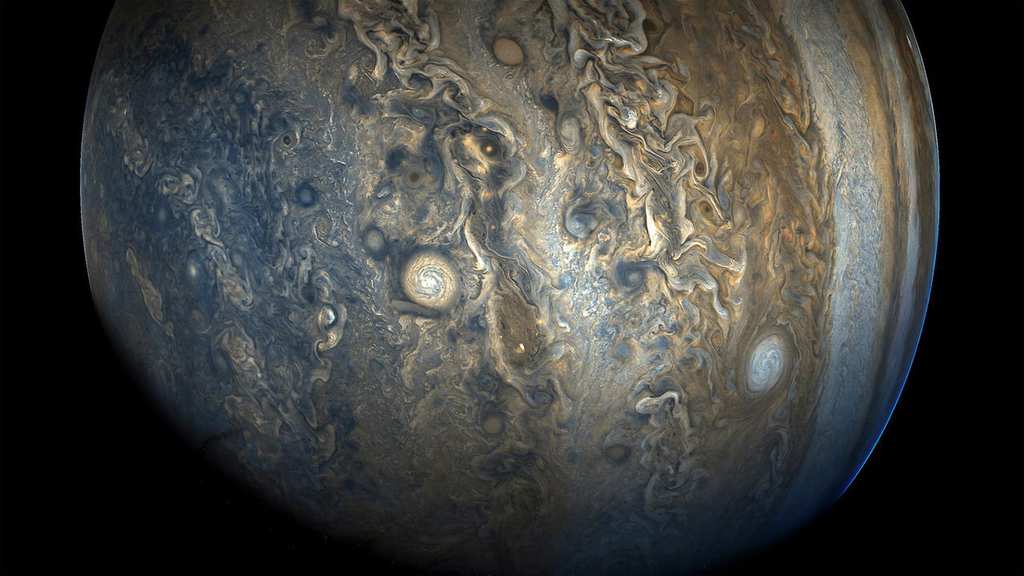 The concept for the wacky and amazing VTOL X-Plane was revealed last week by the Defence Advanced ...

On Monday a US warship stationed near Iran in the Persian Gulf was forced to change course, and ...