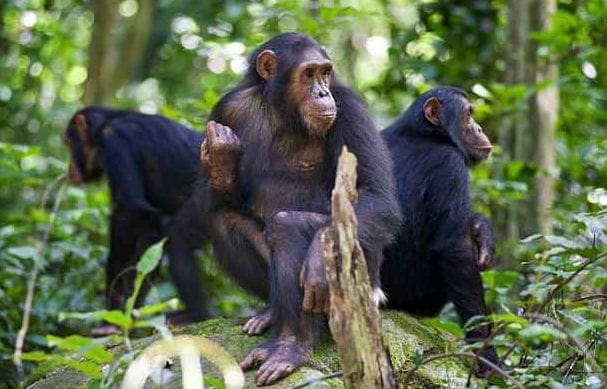 Chimpanzees – who doesn’t love them? Always a favorite sight for kids and parents alike at the zoo, many of us are struck by just how similar we are to our slightly hairier cousin. But the connection is even closer than we could have previously imagined – a new study has shown that chimpanzees basically have their own language!

Their distinctive hoo noise isn’t just gibberish – it’s actually a word, with three different meanings. A hoo, depending on its tone and volume, can mean that the group has to be on guard from a potential intruder, the group needs to prepare to travel, and it can also mean a sort of “lights-out”, that it’s time for the group to rest. The study was conducted by the Max Planck Institute for Evolutionary Anthropology. 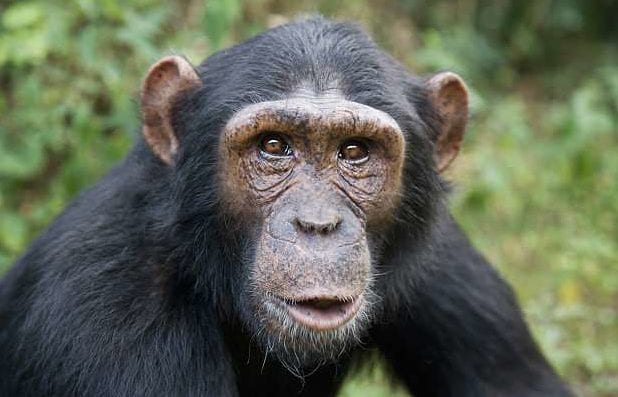 “We examine a quiet contact vocalization of chimpanzees, the ‘hoo,”’ said head scientist Catherine Crockford. “We found that chimpanzees have at least three acoustically different ‘hoo’ variants, each given in a different behavioral context: alert, travel and rest. Chimpanzees benefit from cooperating with bond partners, and are thus particularly likely to gain from staying close to cooperation partners,” Catherine continued. “However, chimpanzees live in low visibility habitat, such that even when separated by short distances visual signals or non-specific vocal signals are likely to be unreliable in maintaining cohesion. Thus, encoding contextual information in quiet ‘hoos’ may facilitate cohesion – and therefore cooperation.” 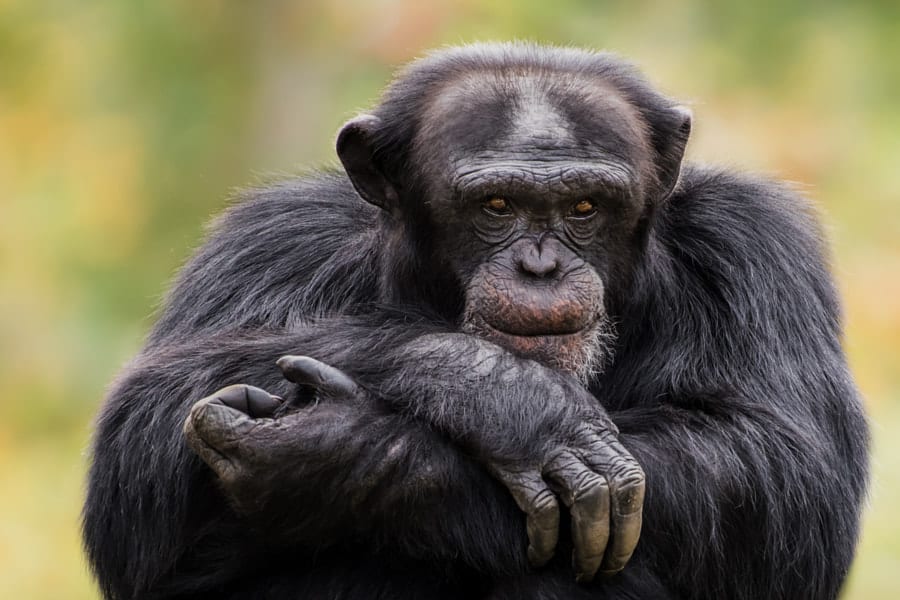 The scientists made another surprising discovery – there wasn’t a whole lot of variation in emotion connected to the chimpanzee’s vocalizations. Basically, unlike other animals that typically cry out in fear or anger, etc., chimpanzees are much more human-like in the regulation of their emotions. It turns out that chimpanzees are capable of what is essentially rational discussion and exchanging of information – which is a lot more than we can say for some civilized human beings.

Stuart Dahlquist is a Seattle homeowner and enthusiastic bird watcher who spent years leaving out ...