Dexter, a 20-year-old, senior cat, was adopted by a kind family who was more than happy to give him a home to call his own. However, unknowingly, they had no clue how much love Dexter still had left to give. 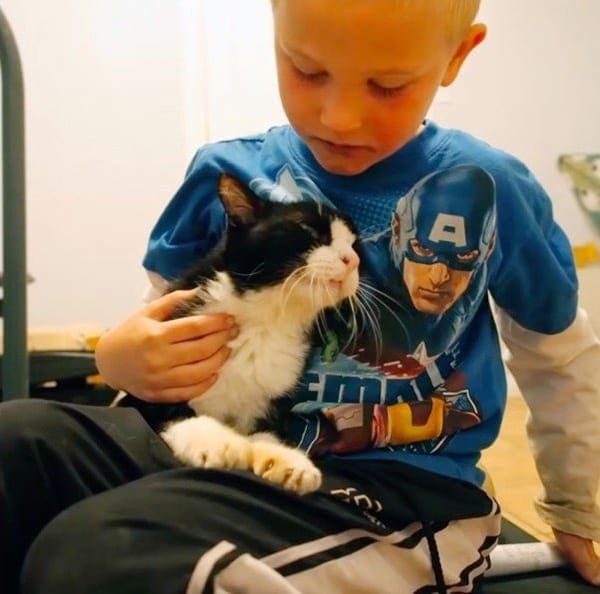 The Williams family originally went to the Best Friends Animal Society with the idea of looking to adopt a young kitten but ended up having their hearts stolen by this charming senior kitty. They already figured he didn’t have much time left, but they wanted to take a chance on the toothless old cat and gave him a loving home for him to live out his retirement. 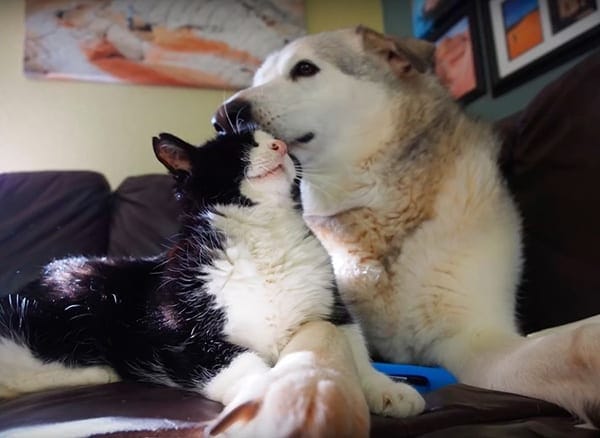 Dexter and his owner JJ had a special connection. The two bonded almost instantly. 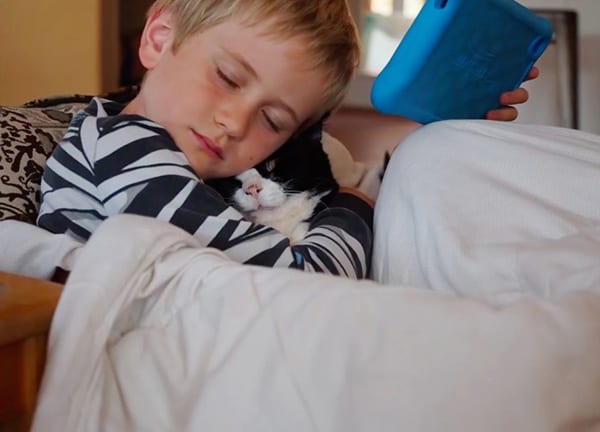 And not only did Dexter get along with his human family, but he also became the leader of the wolf pack. 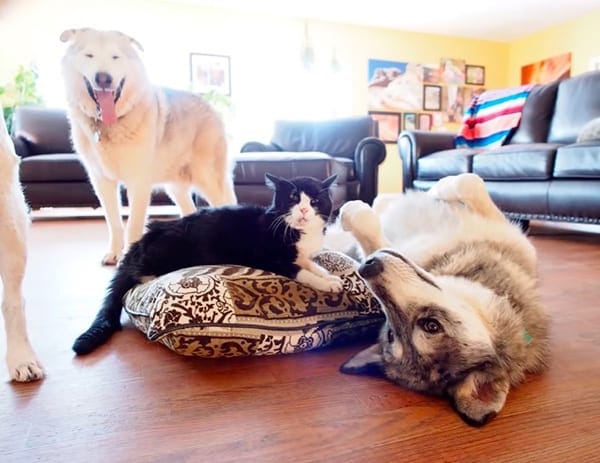 Dexter lived another two years with his family before he made his way to the rainbow bridge. “We will never forget the love and happiness he gave in his very short time with our family,” Jill Williams wrote. “Rest in peace, Dexter.”