When you marry a firefighter, you should always be prepared for those midnight wakeup calls whenever the team is needed to put out a fire. However, Krista Bourasa didn’t quite expect that her husband would be pulled away in the middle of their wedding. Though they had planned to be married in a more traditional venue, the local firehouse, where her husband Jeremy works, ended up being a perfect backup plan – or so they thought. 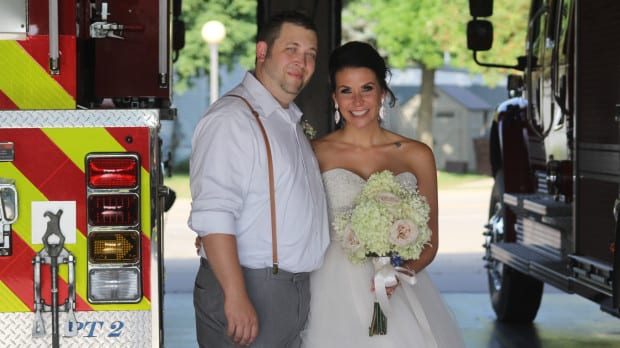 “We talked about it, ‘What if there’s a call?’” Krista explained to an NBC affiliate KARE11 “I was like, ‘You can let the other guys go. You’re not leaving our wedding.’” When it came down to it, however, Krista would ultimately have a different decision to make. The couple had managed to get through the ceremony without any interruptions. They said their vows against the backdrop of a wall that had been constructed by Krista’s brother-in-law out of reclaimed wood. 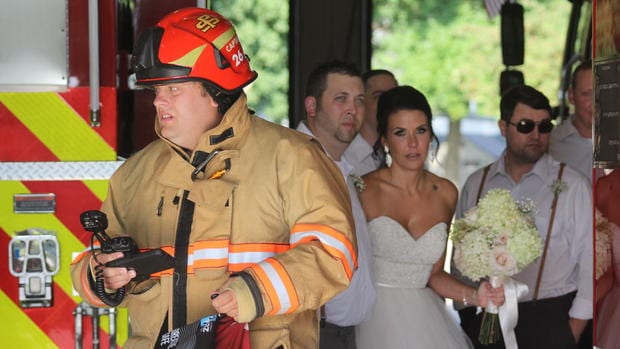 As the couple posed for family photos, the firehouse received a call. Krista was adamant about finishing the photoshoot, which Jeremy agreed to. That was, until a second call came in, asking for any additional volunteers who were available. “I just looked over at Jeremy and I could just see it in his eyes. He felt so torn,” Krista said. “And I said, ‘Go ahead and go, babe. They need you.’” 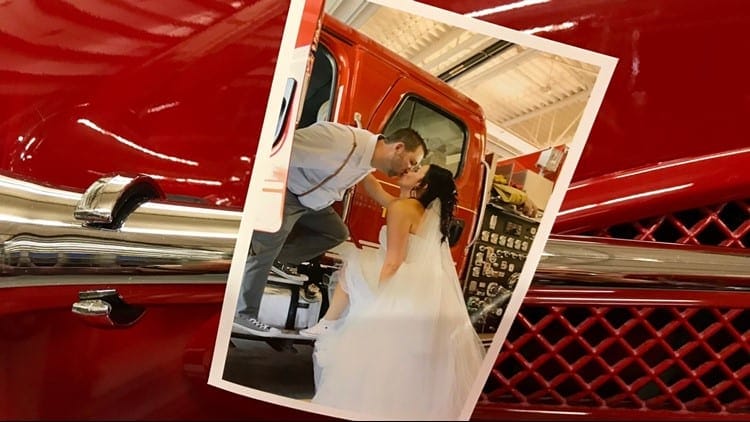 The photographer herself was stunned by the selfless action at play, telling KARE11 that it was “unconditional, unselfish love, not only for each other but for both of them, for their community and for what’s right.” Krista summed up the decision as follows, “I’ve got the rest of my life with him,” she said. “They needed him for that moment.” While the wedding party prayed for Jeremy’s safe return, he was back in time for their first dance.