The stereotype that all policemen live on just donuts is still very much alive today. One person who celebrated that stereotype was an 11-year-old boy, who also celebrated a police force after buying them a staggering 65,000 donuts. 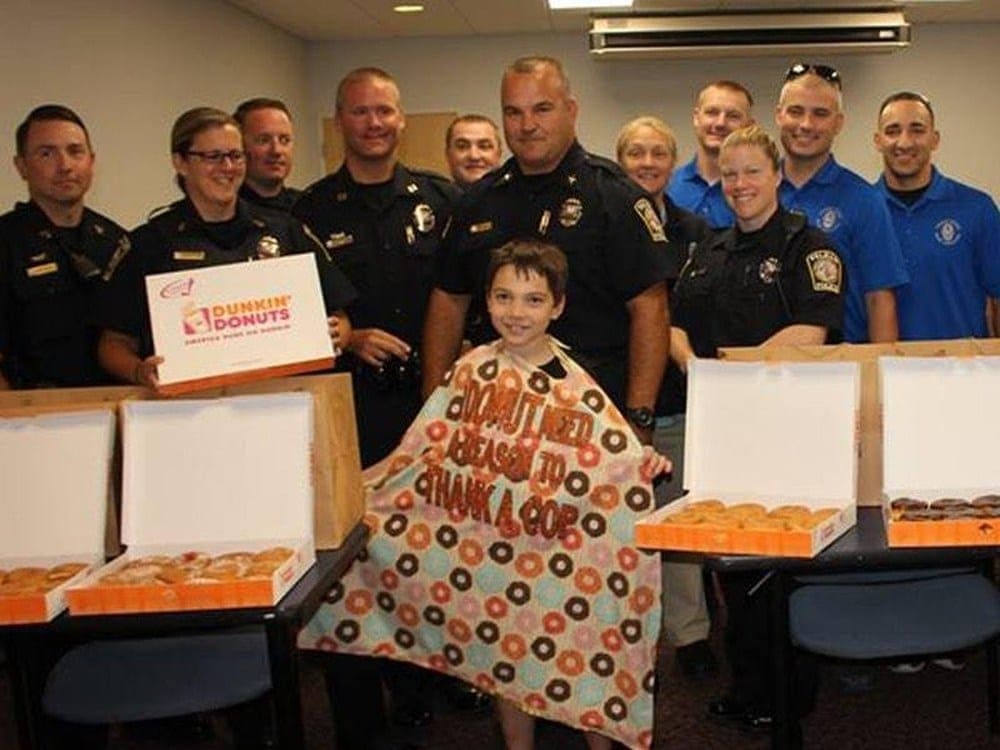 The kid in question is determined to reward as many cops as possible, one donut at a time. As far as he’s concerned, it’s all about making the police’s jobs just a little bit sweeter.

Tyler Carach is a little guy with a huge heart. Amazingly, the boy hasn’t limited his donut-giving reputation to just one state. Carach has traveled to more than 30 states and, so far, has given out more than 65,000 donuts to his crime-fighting heroes.

According to Carach, he is on a mission to make sure that every single police officer in the United States of America feels appreciated for their efforts. With a donut-themed cape on his back, Carach has adopted a superhero persona, calling himself “Donut Boy.” 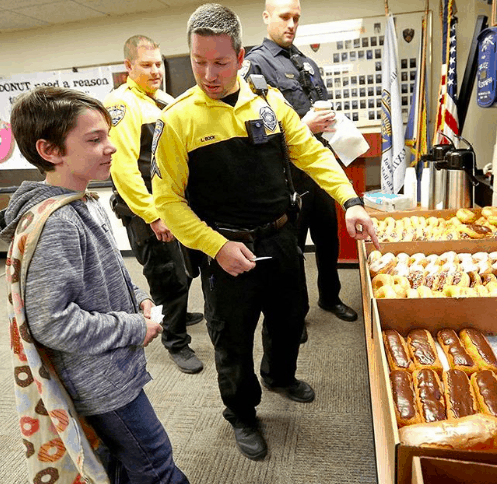 Most recently, Tyler Carach traveled to the police precinct of the Windy City, Chicago. Amazingly, one of the police officers in these parts, Alex Moreno, broke a record by eating 15 of Carach’s donuts. Amazingly, a team of policemen and women returned the favor recently when they provided Tyler with his very own birthday cake, bringing this heartwarming story full circle.

Tyler’s love for the police is no coincidence. His mother used to work as a police officer and one day he asked her if he could use his allowance to buy a group of cops some donuts. 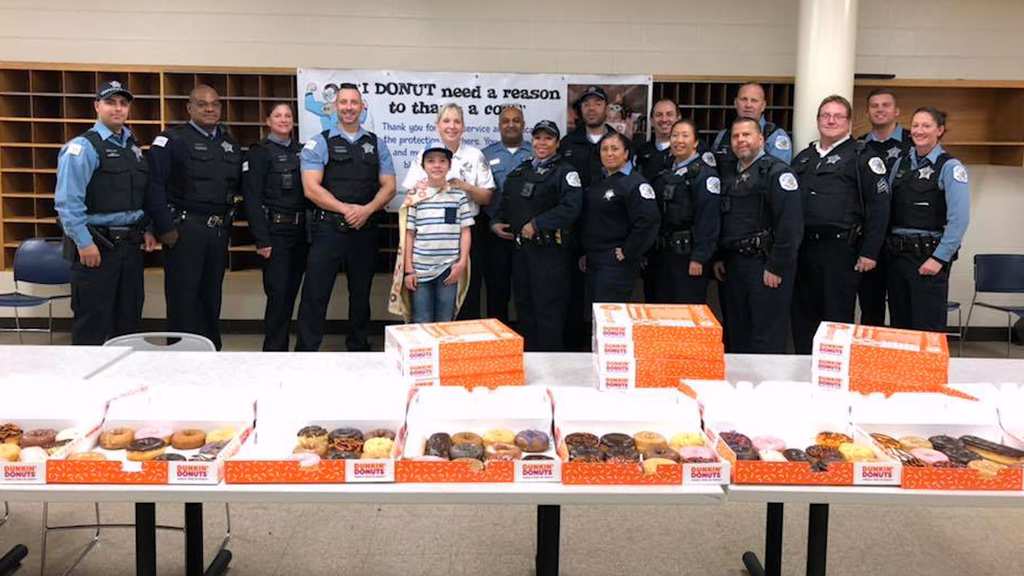 “When I left, I asked my mom, ‘Why are they so happy over a snack?'” Tyler said. “And she said it wasn’t the snack they’re happy about, it’s because I took the time to say thank you.”

Tyler’s slogan is “I donut need a reason to thank a cop.” Genius.

Quick Thinking From This Bus Driver Saved A Toddler’s Life

There are two kinds of people in this world. There are those that simply rock up to work, do their ...